Madrid and London clash over an artificial reef 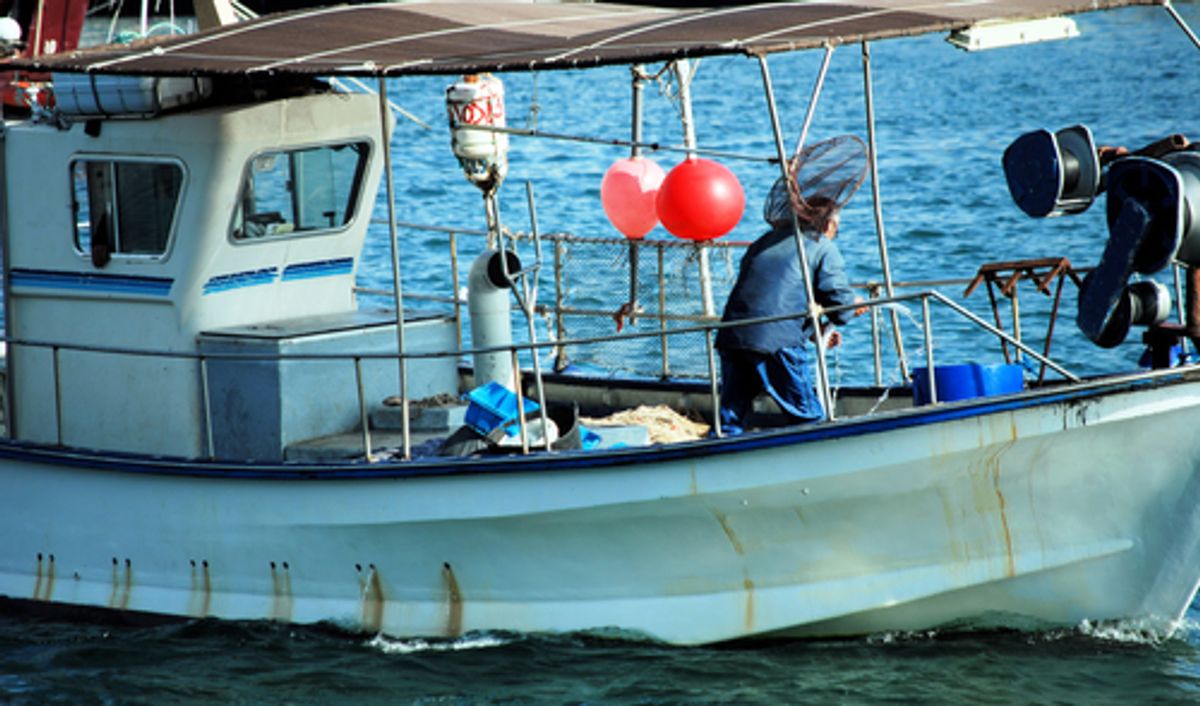 Tensions are running high near the disputed British territory of Gibraltar, where Spanish fishermen 60 boats strong yesterday protested the construction of an artificial reef:

The fishermen claim the reef of around 70 concrete blocks – some with steel rods protruding – can snare and damage their nets, something that has stopped them from fishing there.
...
Gibraltar's government, led by Chief Minister Fabian Picardo, says the reef protects fish stocks from being over-exploited.

Spain's prime minister, Mariano Rajoy, said "he will take all legal measures to defend his country's interests"; cars leaving and entering the territory are currently being subjected to border checks. According to the AP, "Spain has also floated the idea of charging people entering and leaving Gibraltar 50 euros ($66) to provide compensation for the losses that the fishermen face." Picardo, meanwhile, "accused Spain of behaving like North Korea."

Not at all helping the situation was the appearance this morning of a British warship, which is reportedly in the area to participate in "pre-planned naval exercises."