A cruel letter brings out the trolls

When someone left a mean letter for the family of an autistic kid, the response was just as mean 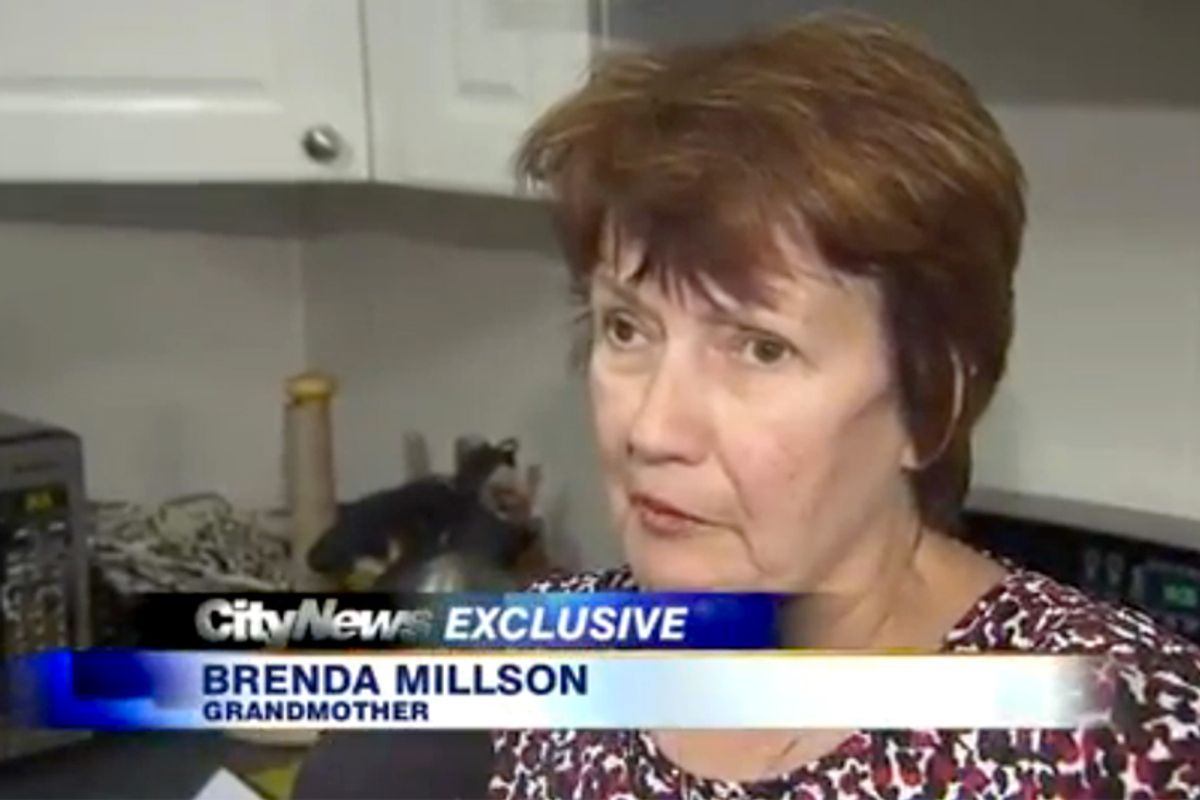 The letter said, "Nobody wants you living here and they don't have the guts to tell you!" And nothing says "guts" like the safety of anonymity.

On Sunday, young singers and "Nashville" stars Lennon and Maisy Stella posted on Twitter, "A close family friend has an autistic boy and this was an anonymous letter slipped under her door. This is real." The typed message, on pink paper and riddled with exclamation points, was sent to a woman who hosts her 13-year-old grandson Max during the summer. In it, the writer complains that "You selfishly put your kid outside everyday and let him be a nothing but a nuisance and a problem to everyone else with that noise polluting whaling he constantly makes!!!" It goes on to state, "He is a nuisance to everyone and will always be that way!!!!!! Who the hell is going to care for him????????? No employer will hire him, no normal girl is going to marry/love him and you are not going to live forever!! They should take whatever non retarded body parts he possesses and donate it to science. What the hell else good is he to anyone!!!! Go live in a trailer in the woods or something with your wild animal kid!!! Nobody wants you living here and they don't have the guts to tell you!!!!! Do the right thing and move or euthanize him!!! Either way, we are ALL better off!!!" It's signed, "One pissed off mother."

After Lennon and Maisy shared the letter, it swiftly made the Internet rounds – usually accompanied by an appropriate degree of horror at its combination of cruelty and cowardice. As one tweeter noted, it was especially "so weak not even giving her name." But because Internet commenters are not, as a general population, famed for a keen sense of irony, the message from a hateful, anonymous troll also brought out plenty of hateful, anonymous trolls. The entire ugly incident is an object lesson in what the dregs of the Internet obsess on: misogyny, abortion, conspiracy theories, general all-around douchiness.

A quick perusal of the coverage reveals it all – the great wide, wide world of online idiocy. A USA Today commenter said she was "sitting here hoping her next child is autistic," while another, who goes by "Purity And Death," declared, "I don't see it as hate. It's just practicality. Cull the weak." On HuffPo, an anonymous super user chimed in that while the child shouldn't be euthanized, "Why should everyone in the neighborhood stop living because they have a disable child? The other families deserve to live in a peaceful home and environment." Hint: If you're a "super user" anywhere, chances are you do not spend the hours and hours it takes to read and comment coming up with nice things to say. There was also, inevitably, the grumpy men's rights guy who came in to sarcastically note, "Women are never responsible for the mean hurtful things that they almost never do, when that happens it is ALWAYS an aberration easily explained away by mental illness or, even better, a hormonal imbalance." On CNN, meanwhile, another troll figured out how to make it about reproductive rights, asking, "What about compassion for millions of unborn children taken out from their mothers bodies often in most cruel way?" A budding truther there, meanwhile, declared darkly that "Sometimes parents of disabled children will make things like this up to get just exactly the attention you have given them." And on New York, an armchair diagnostician – one who's posted over 2,700 comments there thus far -- decided, "My sense is that this lady is probably pretty 'spergy herself."

Maybe it's because the story happened in Canada, but at least there's not too much out there blaming Hillary Clinton for it. And in perhaps the ultimate manifestation of all that's dubious and awful, a HuffPo user who's previously weighed in on the "gross… queering of America" and told another commenter to "do us all a favor and kill yourself" came in to say that "My son was drowned by a mentally challenged boy when he was 8. He was known to have serious issues yet his parents never did anything about it. Everyone was too polite too say anything until it was too late." This then led to a string of "Where were you when your son was being drowned?" and "Why was he left unsupervised?" and thus proved that just when you think you've hit bottom, the commenters will go even lower.

At least the co-owner of the design studio who wished "the person who wrote has their intestines removed with a corkscrew" did actually tweet about it under his real name, and the bearded biker who commented on a news site, "Maybe she might catch a stray bullet in a drive by" used what appears to be a real photo of himself. Kudos for your integrity, I guess.

It's gratifying that the boy's real friends and neighbors have rallied around the family in support. On the local news Sunday, his mother, Karla Begley, who has progressive MS, tearfully read the letter. And she added, "The more you go on, the worse it gets." Unfortunately if unsurprisingly, that statement doesn't just describe the letter – it describes a whole lot of the reaction to it.