Beloit College is trolling us all

The kids today love Gaga and iPads: This college's bizarre annual "mindset list" is cultural studies at its laziest 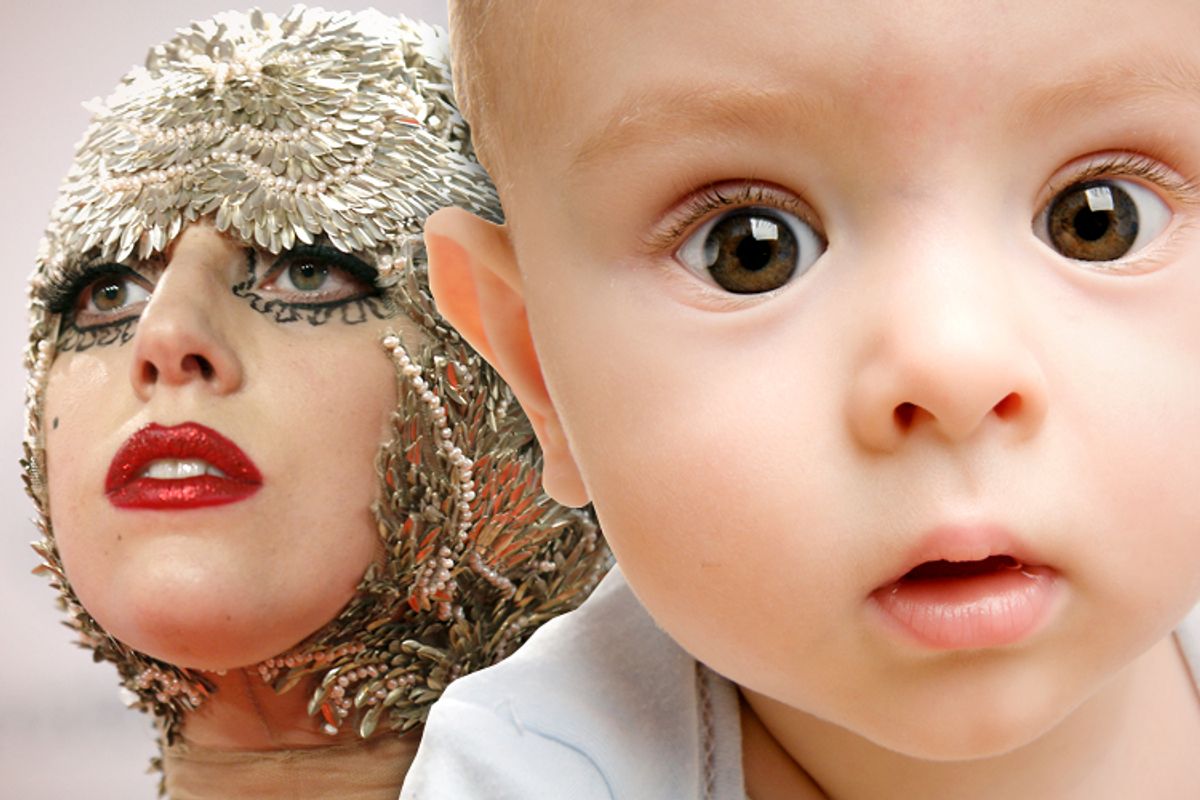 There are a few articles one can anticipate every August, traditionally the slowest month for news. Reporters will go to the Gathering of the Juggalos. Bloggers will pick up the president's vacation reading list, and that can be enlightening -- remember Barack Obama reading "Freedom" in galleys, or George W. Bush checking out Camus? Another is a list produced by a small Midwestern liberal arts college that's halfway between pop theorizing and a BuzzFeed "nostalgia" post. The Beloit College "Mindset List," whose 2013 iteration was released today, even by the standards of August newsgathering, is an insult to the reader. Last year, it was covered by Time, Inside Higher Ed and the Huffington Post, among other outlets.

The "Mindset List" is a fairly lengthy list of facts that have purportedly influenced the worldview of incoming college freshmen at Wisconsin's Beloit College. It began, as the project's website indicates, "in 1998 to reflect the world view of entering first year students. It started with the members of the class of 2002, born in 1980." It was created by a professor of theory at Beloit and the college's P.R. director, "a 'Mad Men' era veteran of Madison Avenue." Don Draper couldn't have come up with a better way to call attention to a small liberal-arts college -- but, then, the term "trolling" wasn't widely used in the 1960s. That mind-set came later.

That first list gave a pretty good, if rudimentary and obvious, idea of how college students differed from their professors: "Their lifetime has always included AIDS," for example. That is pretty striking!

However, even the first list presumed that individuals spend the time between birth and matriculation at college avoiding as strenuously as possible any history books or even television. Individuals born in 1980 and matriculating in 2002, per Beloit, "have never heard of 'Pong,'" are befuddled by the expression 'you sound like a broken record," "likely" don't know what a polio shot is ... one could go on. One more: individuals born in 1980 "have no idea that Americans were ever held hostage in Iran."

I was born in 1988 and have heard of the Iran hostage crisis and "Pong," though I tend to think that people who dwell on cultural signifiers like the latter are pedantically dwelling on specifics that mean, in the broad sweep of history, very little.

Over time, Beloit's professors ran out of things like "the AIDS crisis" and delved deeper into arcana or just meaningless incidents; the list's entries often read like the setup for an observation, one that the list-makers aren't willing to make but are happy to imply. Here are the only types of entries on the mind-set list:

There are a few completely bizarre and unaccountable items on this year's list: "Gaga has never been baby talk" comes as news, given that Lady Gaga rose to fame in 2008. There are also weird quasi-jokes about these students' parents being more excited about the release of Windows 95 than having children and giving those children PlayStations in the crib -- the list is deeply hung up on technology as the primary if not sole determinant of how people live life. And there are a couple of hints of sarcastic political humor that's far more jaded and nihilistic than the typical 18-year-old's worldview, and go down sour: "The Pentagon and Congress have always been shocked, absolutely shocked, by reports of sexual harassment and assault in the military."

Otherwise, though, the 60 entries on this year's list, intended to explicate the mind-set of the Beloit class of 2017, follow the five types of Mindset List Entry exactly. To wit:

Aside from the hackiness of the puns, the thing that jumps out is that the majority of these things governing a student's "mind-set" are actually not that important. Does an incoming college freshman have any idea who Bill Maher is? Has a spray-paint ban in Chicago any connection to, well, anything other than aspiring Illinois graffiti artists? The list's particular obsession with technology signifies both a nostalgia that's deeply uninteresting (these kids with their iPads -- things were so much simpler when we all played "Pong," or better yet, stickball in the street!) and a willingness to make sweeping implications about the degree to which Technology Has Changed Everything that is many things, but is not academic.

As a recent-ish college graduate whose degree is in American studies, I find the Beloit list a particular irritant. Cultural studies are too easily seen as airy-fairy exercises in aggregating random facts and nebulous trends from recent decades in order to make a point that may or may not be rooted in reality; as these fields have grown more popular, they seem less and less related to the more serious work being done elsewhere in the academy.

Compare the work of academics earnestly seeking to better understand life in America in the last quarter-century to a linkbait-y list that posits that, because "Barings Bank in England" closed or because computers have USB ports now, students are magically and fundamentally changed.
To those who believe the list has a higher purpose than getting media attention to Beloit (and, good for them! It's certainly working ...) consider when the list drops. Though Beloit students begin classes on Aug. 26 this year, the list drops neither close to September, when actual news begins peeking out again, nor in May, when those students graduated high school. It's calculated to make a splash. That Beloit's professors have this figured out means that they're far less naive about technology than they let on.