Do women want a hookup app?

Pure, a new location-based mobile service, aims to give women instant access to casual sex. Will they use it? 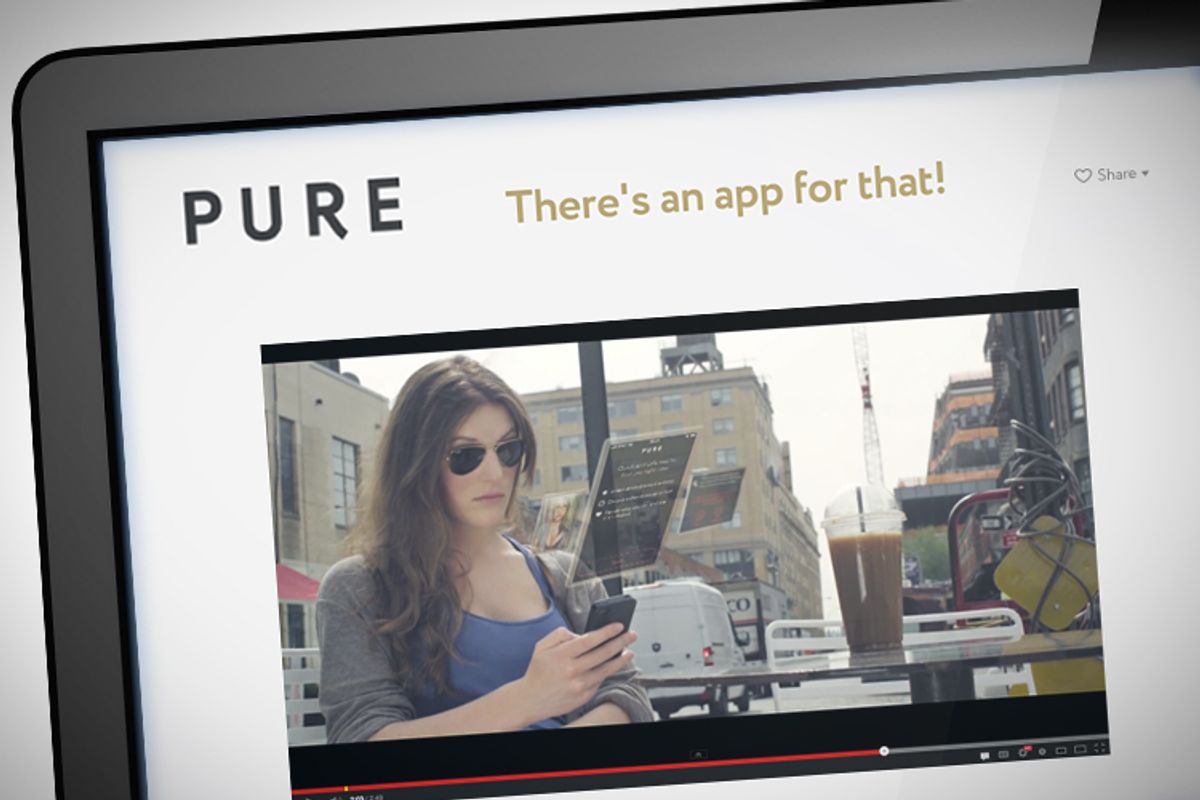 Female sexual liberation? Yep, there's an app for that. At least, according to the creators of Pure, a mobile location-based hookup service that is still pending iTunes' App Store approval. It will be open to men and women, and all sexual orientations, but its creators are making a concerted effort to appeal to women. A press release announces that Pure is "liberating" and "about giving women freedom and choice." It's "the application that many women have dreamed of, but never dared ask for," it says. "For women who feel constrained by society's stricture to be chaste and monogamous, Pure lets them break the bonds as often or occasionally as they choose."

This empowerment language isn't new to dating or hookup apps attempting to court women. As Ann Friedman reported for the New Yorker, Yannick Rolland created Checkhimout.com with the stated intention of building a site that "empowers women." The question, of course, is if enough women actually want such an app. That's a contentious topic, beyond just the world of apps. Sexologist Carol Queen, who is acting as an advisor on Pure, writes in a press release, "Some women, far from being hard-wired for monogamy, find erotic value in novelty – new partners can awaken a snoozing libido quicker than anything, an insight that isn’t so surprising when we describe men in this context." She points to Daniel Bergner's "What Do Women Want?" -- which makes the case that women may be as predisposed to sexual variety as men, if not even more so -- as supporting evidence that there's an audience for such an app.

In an email, Queen tells me that contrary to popular opinion, "women aren't always accustomed to thinking that if they want sex they can just have it." She adds, though, that "there are gals hanging out right now in bars and on Craigslist whose goal is some no-strings fun" -- and this would offer them an alternative outlet. "Women who aren't involved with anyone, who just broke up and don't want to rebound, who find this an interesting way to structure a sexual adventure, or who are just randy right now dammit, may all find this prevents a trip to the corner bar," she says.

Pure is run by two men who identify as "pomosexuals": Roman Sidorenko and Alexander Kukhtenko. Gay hookup app Grindr and its straight cousin Blendr are both creations of Joel Simkhai, a gay man. As I wrote two years ago, it was "straight female jealousy of gay male culture" after the wild success of Grindr that inspired Simkhai to create Blendr -- he says his female friends demanded a similar service.

Sidorenko has a similar story: He spent a year living in San Francisco and interviewed "a lot" of women between the ages of 20 and 60. His app idea "was very positively accepted," he said. "The idea that they could express their sexual desires how they want and without any shame and judgment -- most of the girls liked the idea." Well, sure, in theory -- but what about in reality? He acknowledges that "there are a lot of ideas in our society about how a woman should behave sexually," and says, "I personally realize that it's gonna be tough mission just to get woman into it."

It's hardly just an issue of getting women to push aside social expectations and give in to their desires. Women also have very legitimate concerns about their safety. What's more, Pure is attempting to distance itself from competitors similarly interested in female sign-ups by making it all explicitly about sex. "I believe the problem is that for Tinder and Blendr there are a lot of people who are online and nearby and each of them is actually up for different things," says Sidorenko. "Some of them would like to chat, some would like to have a date, some are looking for a hookup, some are bored." The work of first chatting with someone online before deciding to meet up is too "time consuming," he says. In other words, Pure is an even more streamlined version of Grindr.

It's a bold proposition, as dating apps that have proved a hit with women, like Tinder, haven't explicitly facilitated casual sex -- and Pure is going even further than that, making users' interactions before meeting in person as brief as humanly possible. But, remember, they aren't gambling all of their chips on female sexuality.