Fracking blamed for over 100 earthquakes in Ohio 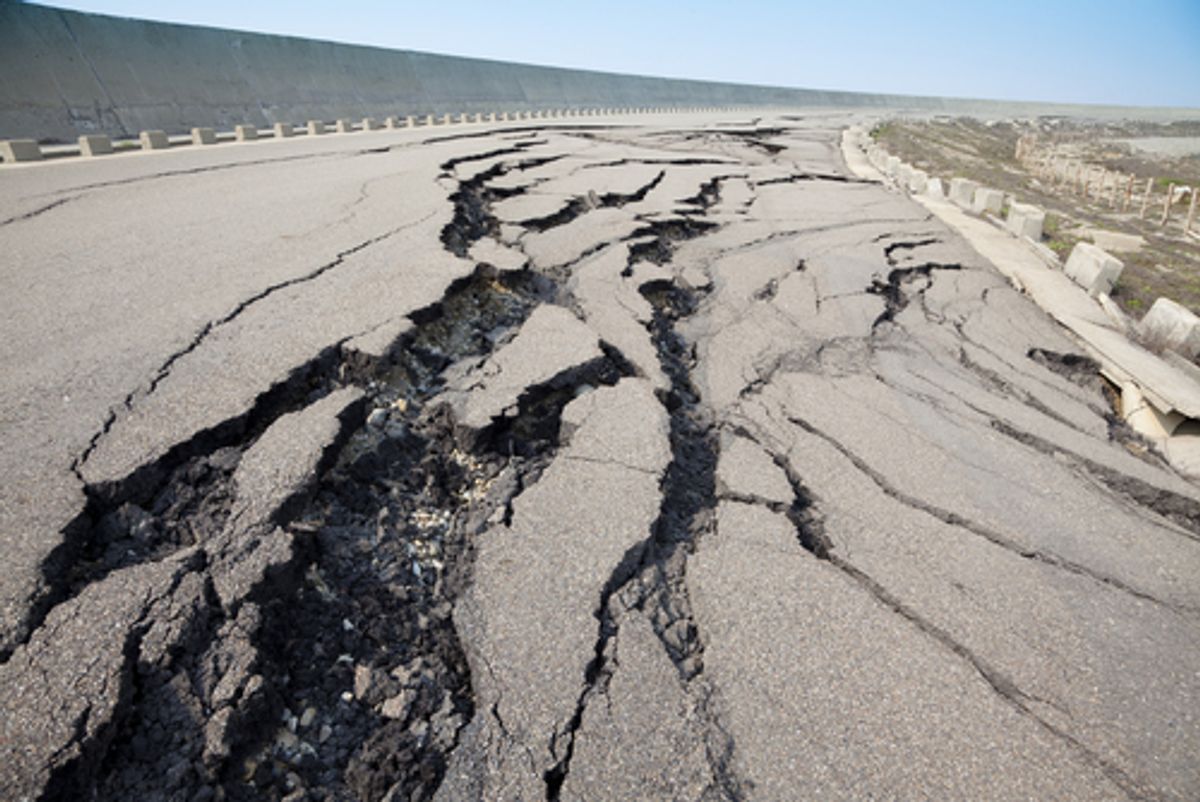 Youngstown, Ohio, experienced its very first earthquake in January 2011. From then until February 2012, it experienced 108 more. According to research published in the Journal of Geophysical Research, the sudden wave of quakes, unheard of since Ohio began keeping records in 1776, was likely tied to hydraulic fracturing, or fracking.

Specifically, the study points to the December 2011 installation of a wastewater disposal well in neighboring Pennsylvania. According to the researchers, the quakes' "onset, cessation and even temporary dips in activity" all corresponded to activity at the well. The strongest reached a magnitude of 3.9, meaning it was likely felt, if unlikely to have caused any damage.

The extraction process itself doesn't generally produce earthquakes. This is because of something known as pore pressure, a measurement of how much stress a fluid exerts into the "pores" of surrounding rock. The whole aim of fracking is to rapidly increase pore pressure just long enough to cleave fissures into sediment and free trapped gas, after which time pore pressure equalizes, easing the subterranean stress. Only rarely is pore pressure high enough in a fracking well to cause an earthquake that can be felt at the surface.

But while fracking wells are intended to withstand high pore pressure, wastewater disposal wells are not. When pore pressure spikes in disposal wells, it can move rock. Disposal wells are drilled into vast, permeable formations—think giant sponges—where there's plenty of space for water to spread out. But because water is heavy, the more of it that is sluiced into a well, the more it weighs on the rock below. And as Scott Ausbrooks, a geologist with the Arkansas Geological Survey, points out, "Water does not like to be squeezed." Eventually it finds an escape route, "just like a room of people. The more you put in, the more crowded it gets, and at some point, people are going to start being pushed out the doors."

That water begins "creeping into unknown faults and prying the rock apart just enough to release pent-up energy." And once a quake occurs, it often sets off a chain reaction, "one earthquake spawning another." A study last month from the U.S. Geological Survey attributed a "dramatic increase" in U.S. earthquakes to the wells:

[caption id="attachment_13453446" align="aligncenter" width="400" caption="Cumulative count of earthquakes with a magnitude ≥ 3.0 in the central and eastern United States, 1967–2012. The dashed line corresponds to the long-term rate of 21.2 earthquakes per year, with an increase in the rate of earthquake events starting around 2009. "]