The tennis player wants to promote her candy brand 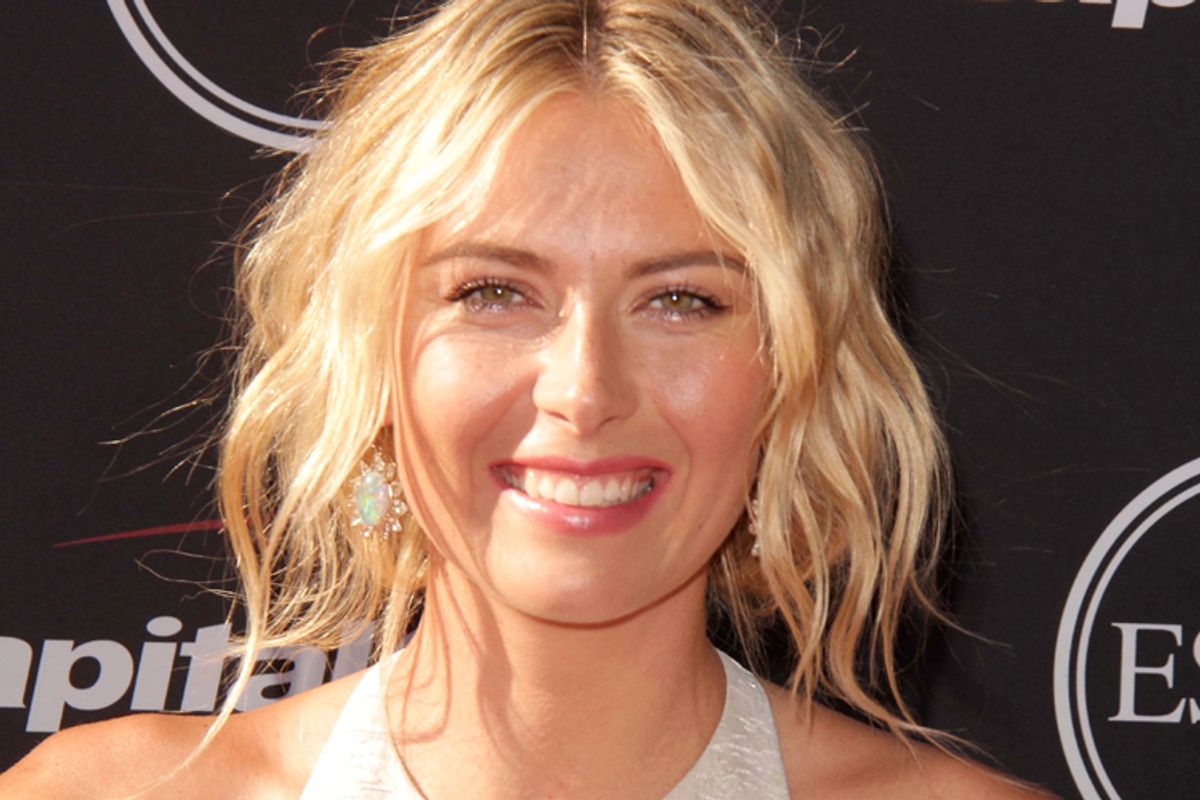 Russian tennis player Maria Sharapova is reportedly changing her name to Maria Sugarpova during the US Open. The temporary name change is part of a bizarre two-week publicity stunt meant to promote her candy company, called Sugarpova.

According to the Times, Sugarpova's logo -- "a pair of red lips" -- will also appear on Sharapova's uniform.