How Olivia Wilde reinvented herself 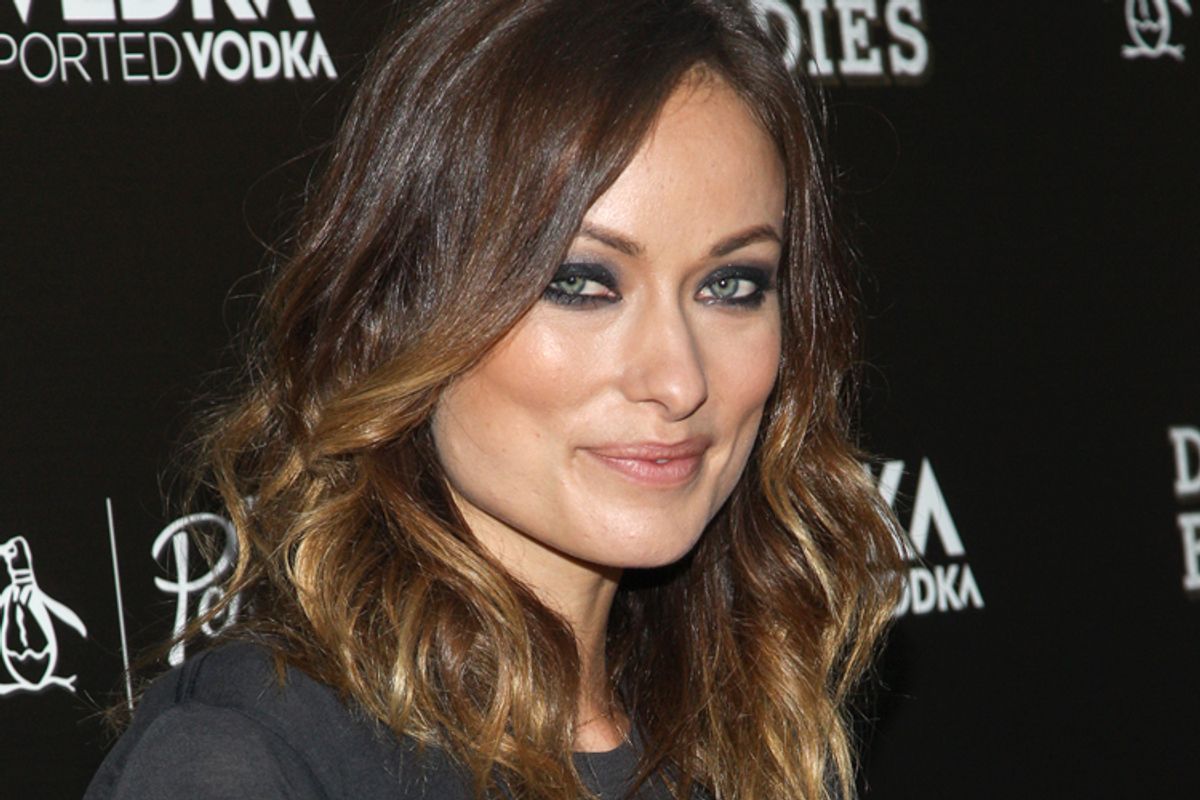 Olivia Wilde has been trying to make herself happen for going on 10 years, and until this summer, it seemed like a project doomed to fail.

Wilde's background is fairly interesting -- she's the daughter of the journalists Leslie and Andrew Myles Cockburn (Wilde is a stage name, taken from Oscar); she's a family friend of the late Christopher Hitchens and a graduate of Andover and studied acting in Dublin. She was married for a time to an Italian prince. Presumably, she has stories to tell, and given Hollywood's willingness to keep putting her in movies, she has some agency in determining what her career looks like.

So why is it that Wilde -- who appeared in five films last year; name one! -- is so, for lack of a better word, basic?

Basic, as most commonly used to describe public figures, is defined by Urban Dictionary as "used to describe someone devoid of defining characteristics that might make a person interesting, extraordinary, or just simply worth devoting time or attention to." Justin Timberlake, for instance, was not basic; the other four members of *N SYNC were, to one degree or another.

Wilde's career has seemed to be a quest to get the public to pay attention to her without having to make any kind of impression as an actress; most recently, she's talked in public about her sex life with fiancé Jason Sudeikis (the pair fornicate like "Kenyan marathon runners" -- and good for them!). Prior to her engagement, Us noted in 2011, Wilde "has been romantically linked to Bradley Cooper, Ryan Gosling, Justin Timberlake and Ryan Reynolds." As an actress, Wilde (formerly of "The OC" and "House") has become somewhat inescapable, but her movies have been forgettable: among them, "Cowboys & Aliens," "Tron: Legacy," "The Change-Up," "In Time," "Butter," "People Like Us," "The Incredible Burt Wonderstone." She's been a part of many projects with well-known costars, but is there a single signature Olivia Wilde movie performance, or even any of her movies that people will still be watching in two years?

Wilde was at once everywhere -- on magazine covers (which she is constantly), on red carpets -- and utterly opaque. Who were her fans? Who was demanding more Olivia Wilde movies? She seemed like the product of an over-eager publicist running headlong into a media complex that needs ever more feeding; a Jessica Simpson without the singles from the early 2000s, a Jessica Biel whose boyfriend was way less famous. She always got another chance to make a movie, and she was never bad, exactly, but compared to actresses lucky enough to get the sort of small roles Wilde played but in better movies (compare Gwyneth Paltrow in the "Iron Man" franchise to Wilde's action movies), she was not very fun to watch.

I had been inclined to take an uncharitable view of Wilde, who seemed to me to be the logical endpoint of tabloid culture; people famous-for-being-famous had already been on reality shows, but someone nominally an actress but famous for her relationships and frank talk about sex was a bit dispiriting. (Not that speaking frankly about sex is bad! But it was kind of the only thing memorable about Wilde for a while.)

Then I saw "Drinking Buddies," an above-average romantic comedy by "mumblecore" director Joe Swanberg. Swanberg's films have generally been possessed of tiny budgets and no stars; that Wilde chose to work with him in the first place is, looking at her filmography, surprising. She plays a brewery employee in an at-times uncomfortably close platonic relationship, and though it's not exactly Sophie Zawistowski on the scale of difficulty, Wilde creates a character whose tics feel real, not put-on. She's perpetually fiddling with a pair of sunglasses in a manner that does not feel actorly, which strikes me as perhaps a greater challenge than most of what this year's Oscar nominees will have faced. She's also really good at playing drunk!

Through the movie, Wilde, playing a character generically named Kate, vacillates between loving and fighting with Jake Johnson's Luke, a co-worker who accompanies her on a climactic weekend to a cabin; she never quite melts down, even despite all the drama around her. What's perhaps most compelling about Wilde's performance is the degree to which she underplays just about everything. You see her thought process as several important relationships completely fall apart -- without seeing her lash out wildly and theatrically. It's a great performance.

Why is Olivia Wilde? is no longer the question; I am no longer annoyed by her ubiquity. People who see "Drinking Buddies" and who have previously been lukewarm or dismissive of an actress who seemed eager to make it onto the A-list without any great movies to her credit might realize that it's not exactly Wilde's fault. There are very few roles better than "sexy robot in 'Tron'" for actresses in her age group; what young actress has been given the opportunity to consistently do interesting work? Natalie Portman, Oscar in hand, is reprising her somewhat wan scientist role in the "Thor" sequel this year; Emma Stone is contractually bound to the "Spider-Man" franchise; Mila Kunis is stuck in the love-interest role in the "Ted" franchise; Blake Lively and Jessica Alba are concentrating on remaking themselves as mini-Martha Stewarts. And the actresses who do get the very, very limited number of plum roles end up the focus of white-hot Internet hate. (Hi, Anne.)

Vulture's "Star Market" feature used to consistently recommend to stars whose careers had dimmed a bit to find a juicy role in an indie film. That's exactly what Wilde has done, and the fact that her abilities as an actress are surprising say more about what Hollywood's able to offer even the actresses it wants to make into stars than about Wilde herself. And now that I'm a fan -- or, at least, an admirer of this performance -- I find Wilde's frankness charming, the speech of a creative person who isn't given the chance to show her personality in the work she's given. In a piece the actress just wrote for Glamour, she advises readers who, like her, are about to turn 30 that "You've already lived longer than most women in the thirteenth century, so why not look at your thirtieth as a rebirth?" It beats another interview about how fun sex with her fiancé is -- if only because it's pegged to work on-screen that she ought to be very proud of.

And Wilde seems to have taken her own advice about rebirth: After years in the wilderness of big-budget detritus, her next two movies are by "Being John Malkovich's" Spike Jonze and "A Beautiful Mind's" Ron Howard. Hopefully she'll help Jessica Biel find a great indie script next.