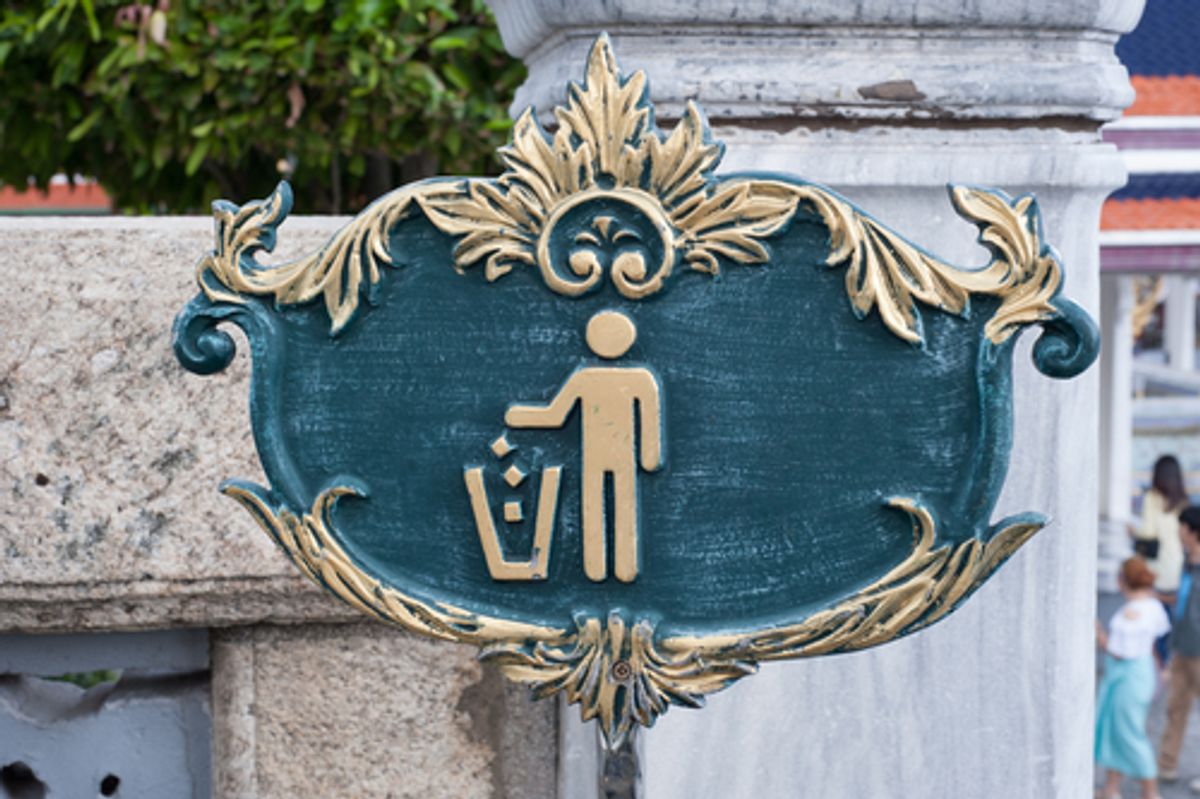 As Rio di Janeiro preps for the 2014 World Cup and 2016 Olympic games, the city is coming down hard on litter. A new "zero waste" law starts today, the Guardian reports:

As well as an escalating scale of fines ranging from £30 for pet litter to almost £1,000 for fly-tipping [illegal dumping], the authorities say they will also give a "dirty name" to citizens who are caught dropping rubbish, and who fail to pay the penalty. This will be noted on their identification documents, and will appear whenever they apply for credit cards or loans.

Critics say the fines are unreasonably high -- over a fifth of the minimum monthly salary, for example, for dropping a can on the street -- and that the city just doesn't have the infrastructure to support easy waste disposal.

But the name-calling, at least, has already begun. According to one city resident: "Brazilians are pigs, they throw rubbish on the floor all the time. It's really unacceptable. What's worse is that the upper classes, even 'educated' people, do this too."