The Fukushima leak is officially out of control 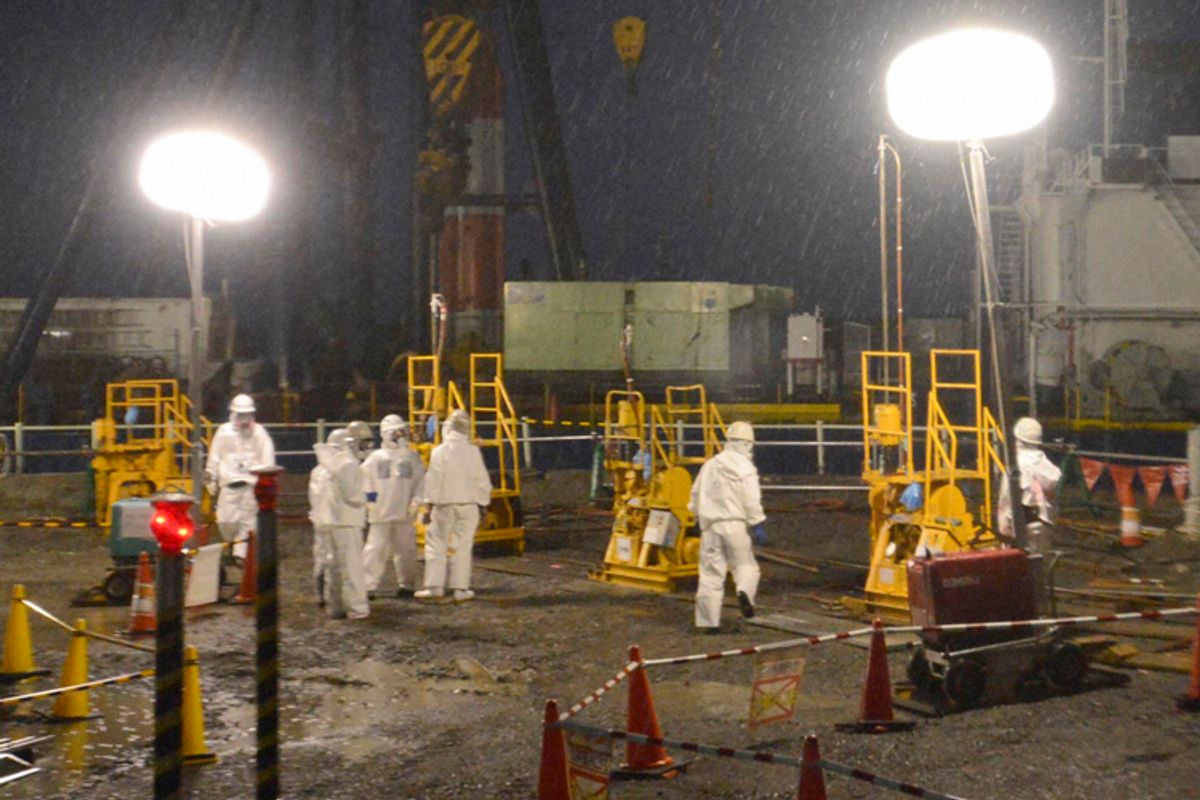 Another leak erupted yesterday from a storage tank at Japan's crippled nuclear power plant. While its operators have in the past been slow to acknowledge that it has a major problem, a spokesman for Tepco, the plant's operator, this time acknowledged that much of the 300 tons of contaminated water had leaked into the soil and could eventually reach the Pacific Ocean. For the first time since 2011, when an earthquake and tsunami damaged the plants, regulators have declared an official radiological release incident.

Workers rushed to contained the leak with sandbags, reports the New York Times, but the leak casts doubts on the viability of their current storage system:

The latest leak comes from one of the site’s 1,000 tanks, about 500 yards inland, Tepco said. Workers discovered puddles of radioactive water near the tank on Monday. Further checks revealed that the 1,000-ton capacity vessel, thought to be nearly full, only contained 700 tons, with the remainder having almost certainly leaked out.

There had been concerns raised among some experts over the durability of the tanks. Mr. Ono said that Tepco had assumed the tanks would last at least five years, but the latest leak comes less than two years after the company started installing the storage vessels at the site to deal with the growing amounts of runoff.

Right now, the situation is only a Level 1 incident -- the lowest level assigned to radiological releases by the Nuclear Regulation Authority. The original disaster was a Level 7. Still, according to Tokyo Electric, the leaked water contains "levels of radioactive cesium and strontium many hundreds of times higher than legal safety limits." And there's still little confidence that Tepco, which has yet to discover the source of the leak, is up to the task of dealing with it.