Memo to police: No, you're not making us feel safe!

Racial profiling and stop-and-frisk are meant to make black and brown people feel safe? Here's what it really does 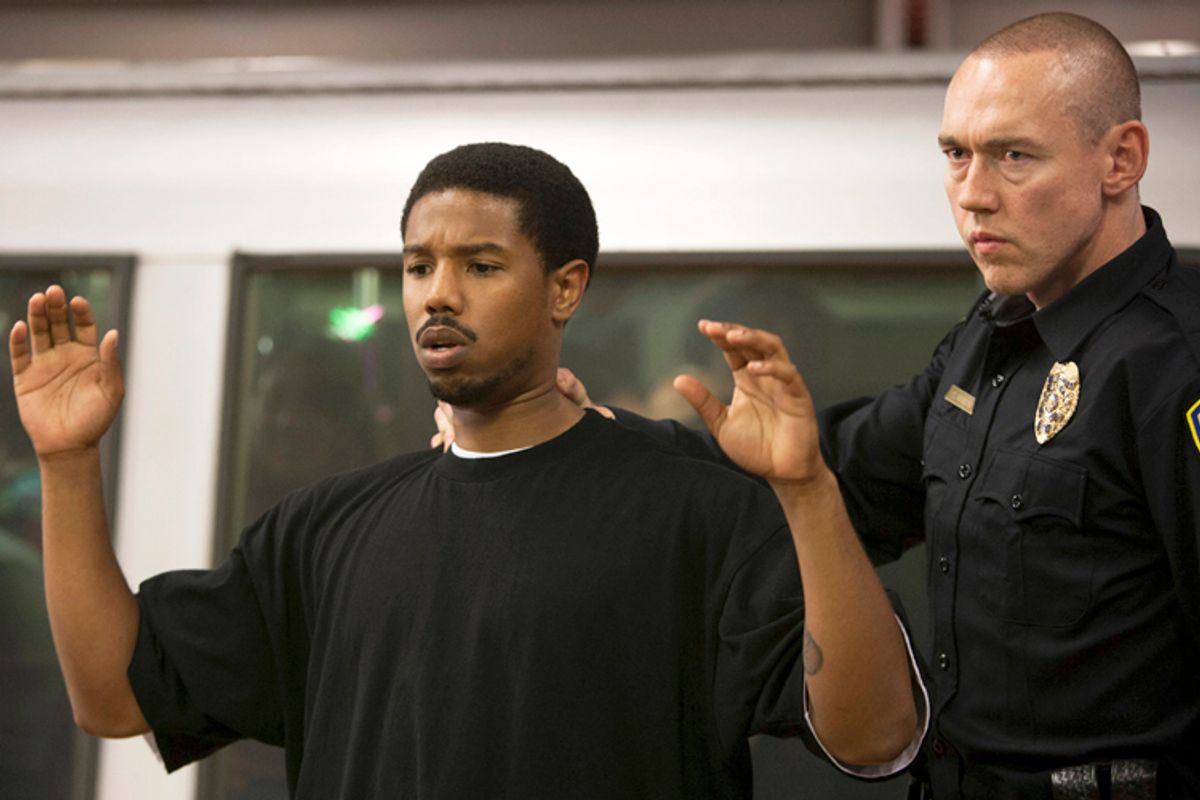 Since a federal judge ruled last week that the NYPD’s use of stop-and-frisk techniques was unconstitutional, Mayor Michael Bloomberg and police commissioner Ray Kelly have staunchly defended this law enforcement tactic, continuing to credit the practice with significant reductions in violent crime. Both men have outrageously suggested that these routine encounters with law enforcement actually save the lives of black and brown people -- because, of course, helping us to feel safer is the goal.

I have experienced police harassment. Several years ago, my friend left her wallet in the cashier line at a store. As we were leaving, she pulled into the fire lane and ran in to retrieve it, with the permission of a store security patrol, who sat right behind us in his car while she went inside. A black male police officer pulled up, demanded to know why we were there, and then demanded our licenses.

When I tried to explain that the security officer had given us permission to park there, and indeed was still waiting behind us in plain view of the officer, the cop told me curtly that the security guard had no authority to give us permission. When I questioned why the officer was giving us a hard time and being ridiculous, he threatened to hit me with his billy club! When I let him know that he had no right to do such a thing, he threatened to charge me with disturbing the peace (of the shoppers who had stopped to witness him hassling two young coeds, I guess).

The biggest threat to that officer was that I asked questions, and that I knew I had a right to do so. He felt threatened that we were not cowed by his show of state-sanctioned force. In that moment, it became about the officer’s ego and about his assertion of power, about his need to maintain control, although he was the only one out of control. So, too, is the logic of stop-and-frisk, or stop-question-frisk as the NYPD likes to refer it. Within these encounters, ordinary citizens who are in 90 percent of cases found to be carrying no contraband, are stripped of their rights to ask questions. They are subjected to routine humiliations at the hands of law enforcement without recourse.

More than 10 years later, I still have a deep mistrust of the police. This is what happens in a culture obsessed with using state force to maintain law and order rather than to protect and to serve. That officer had an opportunity to be of service to us that night, simply by making sure my friend had retrieved her wallet, and that we were safely on our way. Instead, he chose to focus on maintaining law and order.

So, too, in the case of Oscar Grant, whose life was chronicled in the film "Fruitvale Station." In his case, officers had the opportunity to diffuse a situation. Instead they escalated it, driven by fear of a black menace, unchecked ego and the tacit sanction of state power, backed by several weapons of choice.

As depicted in "Fruitvale Station," Grant was a 22-year-old unarmed man, murdered by a police officer in Oakland in 2008. The officer, who served two years in jail for Grant’s murder, claimed to be reaching for his taser instead of his gun. There is a scene near the end of the movie – it’s not a spoiler, because we all know the end at the beginning – where the police confront Oscar and his friends. The officers yell at the young men, demand their silence, resist having their actions questioned and insist upon their right to detain these people simply for asking clarity on why they are being detained.

This weekend, "The Butler," a film about race and the American presidency, made a splash at the box office. But in Silver Spring, Md., moviegoers in this largely African-American suburb were subjected to watching the movie at a Regal Cinema with armed police officers present. I went to see the movie over the weekend where I live, and nothing about it says public safety hazard. Those police were not there to protect or to serve. They were there to maintain order, because apparently middle-class African-American moviegoers are always out of order and cannot be trusted to watch a film about race without misbehaving.

We should be outraged when citizens are profiled, intimidated and treated in this manner. But we have come to believe this is how things have to be.

America is a culture of law and order junkies. Myself included. I am personally addicted to the show "Law & Order," although just about any crime procedural will do, and it seems there is a "Law & Order" rerun or marathon playing at any hour of the day. I’ve even taken a gander at "Law & Order: UK." I love watching because at the most basic level, the good guys win and the bad guys get what’s coming to them. But somehow, I know our national, almost pornographic obsession with these shows, both scripted and reality-based versions, feeds an unhealthy narrative that there is someone there, lurking in the shadows ready to do us harm. We believe this, even though violent crime started falling in the early 1990s, long before Bill Clinton and the GOP-led Congress engineered the makings of the Prison Industrial Complex.

These shows about the ever-present threat of violent crime have helped to feed a culture of fear. White people fear black and brown people. The police, no matter their color, treat us as a credible threat not only to white people, but to them, and to each other. Therefore, black and brown people fear the police. These fears are only exacerbated by neoliberal economic policies, a shrinking middle class, declining global reverence for American imperialism, and the global policing of brown people through the Obama administration’s use of drone warfare. These shows point us away from this broader set of logic and make us believe that we are in a simple cops-and-robbers fantasy. Every time we see the bad guys go down, we believe a little more in upholding the law and miss the ways that this has become about maintaining order.

The obsession with order is precisely why Mayor Bloomberg and police commissioner Ray Kelly can almost explicitly advocate for racial profiling in the use of stop-and-frisk, predominantly toward black and brown men. Black and brown people moving freely through public space upsets the order of things. Profiling them is viewed as a necessary evil that leads to the greater good of safety for all  some. The same logic is used to profile Muslim Americans. Even though such practices are unconstitutional, they are indebted to this insidioius logic of order, one in which criminals constitute a permanent underclass, and everyone needs to know and stay in their place. And of course, race determines place.

I have had the pleasure of knowing some good police officers – family friends, neighbors, even a romantic partner. I recognize that women and men in uniform go out and fight for us each and every day, and risk their lives, for little pay. But their sincerity and dedication do not render their actions or tactics above scrutiny.

African-American history is replete with examples of the police doing unjust things to black citizens. Rather than continuing to engorge ourselves on a never-ending diet of cops-and-robber fantasies, we are long overdue for a real conversation about how to radically reform policing in this country.

I know that police unions are powerful, and no one wants to be viewed as soft on crime. We know what happened when Barack Obama spoke ill of the officer who arrested professor Henry Louis Gates for breaking into his own home. But if we are honest, we can and should admit that something needs to change. If police are public servants, they must uphold the public trust. Otherwise, they are merely acting as head busters for the government.