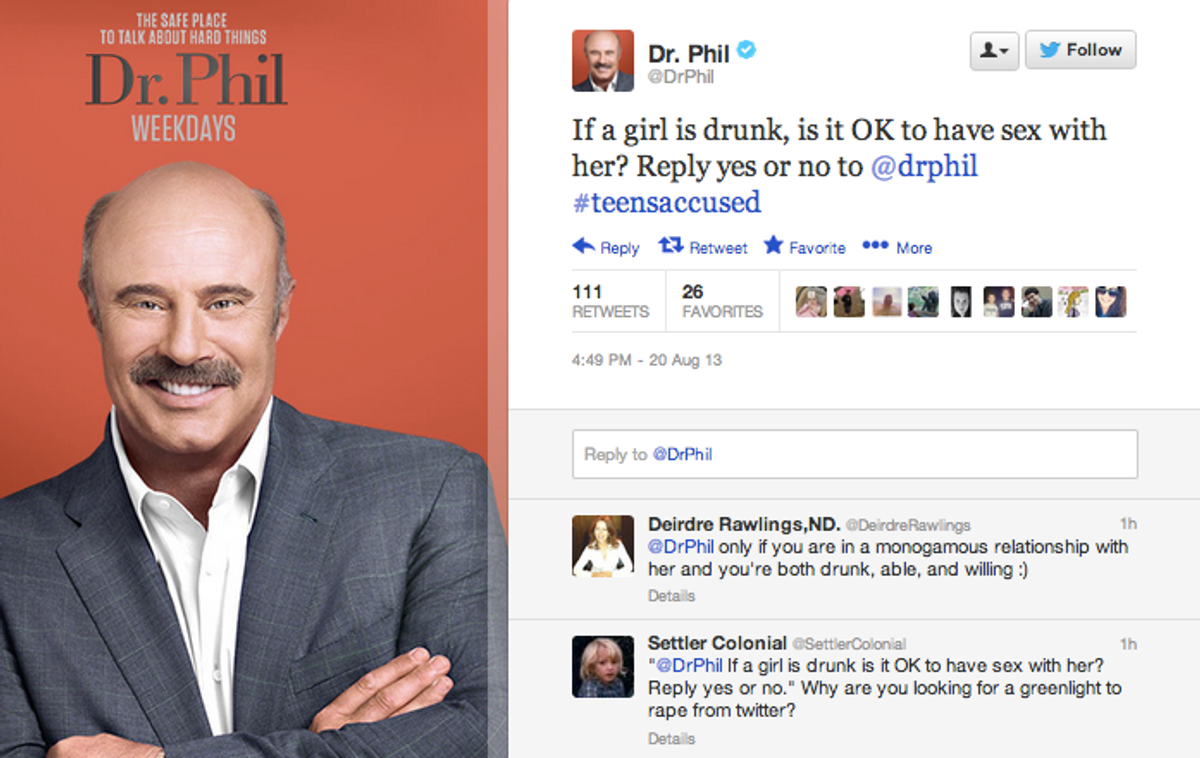 It looks like Dr. Phil has deleted this tweet from his site. But we captured a screen shot first.

In the tweet, Dr. Phil decided to crowdsource whether "if a girl is drunk, is it OK to have sex with her?"

You might want to let him know what you think over at @DrPhil.

Update: Twitter responds to Dr. Phil's tweet with the trending topic #DrPhilQuestions -- and a healthy mix of disgust, anger and dark, dark humor:

You know good and goddamn well that "asking" when a girl "deserves" to be raped is a destructive question in itself. #DrPhilQuestions

Is it okay to exploit people's emotional issues in public under the guise of helping them? #DrPhilQuestions — Jarrah Hodge (@jarrahpenguin) August 20, 2013

If a TV Shrink makes my daughter feel guilty b/c she was date raped while drunk, can I punch him in his dick? #DrPhilQuestions @DrPhil

If a guy is drunk, is it OK to use the money in his wallet? Reply yes or no. http://t.co/eAZvhc11nn #RapeCulture #DrPhilQuestions