The memorial, the first of its kind in Israel, will be built in Tel Aviv later this year 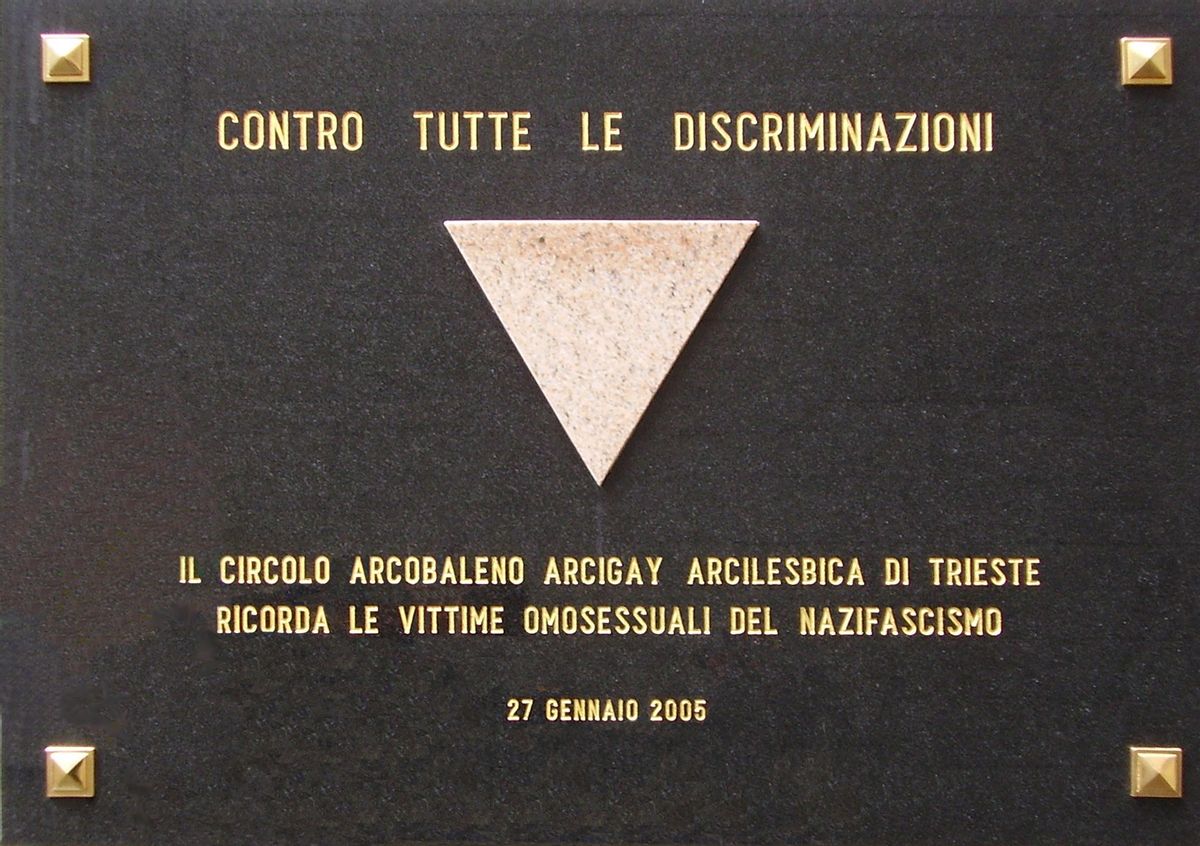 Israel is building a monument to honor the gay victims of Nazi persecution, the first of its kind in the country. Like memorials in Berlin, Amsterdam, Barcelona, Sydney and San Francisco, the monument in Meir Park will feature a concrete pink triangle, the symbol used by the Nazis to mark someone as gay.

According to the U.S. Holocaust Memorial Museum, Nazis targeted more than one million German men who, the state claimed, threatened the "disciplined masculinity" of Germany. More than 100,000 men were arrested under a law criminalizing homosexuality, and approximately 50,000 served prison terms as "convicted homosexuals." An unknown number of these men were institutionalized, while others were castrated by court order. Records suggest that between 5,000 and 15,000 gay men were imprisoned in concentration camps.

Lesbian women were also persecuted by the Nazis, though often under different pretexts, as Professor Moshe Zimmermann, a Hebrew University historian, told Haaretz: “The persecution of lesbians was often concealed using other pretexts. Lesbians were persecuted as ‘asocials,’ a group that included unemployed people and alcoholics.”

According to Haaretz, the monument will "explain the difference between the persecution of gay men and lesbians during the Holocaust, but will commemorate them in a single place. According to Zimmermann, this is being done to emphasize that 'the biggest problem is discrimination and its social and political consequences.'”

The memorial is expected to be completed in Tel Aviv later this year.