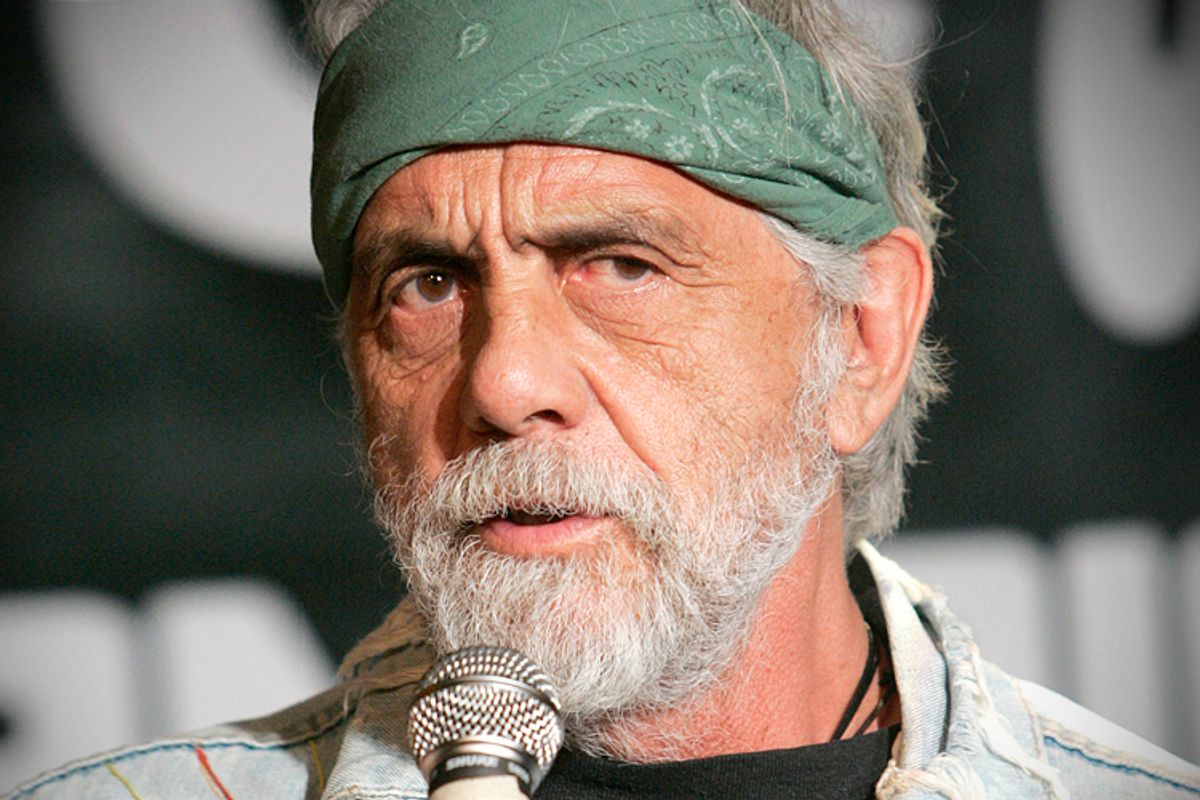 If there is any de facto spokesperson for pot smokers everywhere, it'd be Tommy Chong and his comedy partner Cheech Marin, who together have for decades been joking, singing, preaching and advocating about marijuana. So as police in Seattle try to bury the hatchet with potheads after Washington state voters legalized marijuana, are the smokers ready to pass the proverbial peace pipe?

"Absolutely," Chong said in an interview with Salon, when asked if he'd forgive police for years of harassment of nonviolent smokers. "I understand. You make mistakes, and when you correct your mistakes, you're forgiven ... Let bygones be bygones."

The world is changing and police have to get on board, he said, so he's encouraged to see that the police in the Seattle are showing up at Hempfest and reaching out with education campaigns that are accessible and humorous. "And don't forget that there's probably a huge number of cops that smoke pot themselves, so they're just doing what they're getting paid to do. That's all," he said.

Cheech and Chong found a big audience in the 1970s, and have seen a resurgence in popularity as policy changes have moved marijuana closer to the mainstream. Now there's Seth Rogen and the rest of the "Frat Pack," Snoop Dog (who recently smoked a joint on HuffPost Live), the "Harold and Kumar" crew and plenty of others making movies and songs about weed -- and thus subtly advocating its normalcy --but back in the day, it was Cheech and Chong (and Willie Nelson). And they're still at it with a new Up in Smoke Tour with WAR and Tower of Power.

"They're just going where the money is. You've got to remember that the DEA and the government paid cops big money in their budgets to arrest and harass marijuana smokers. And now that it's all changed [in Washington and Colorado, which also legalized last year], they're going to be losing that budget and they're going to have to make amends," Chong added.

As long as the cops supply the free Doritos, the apology tour should go just fine.