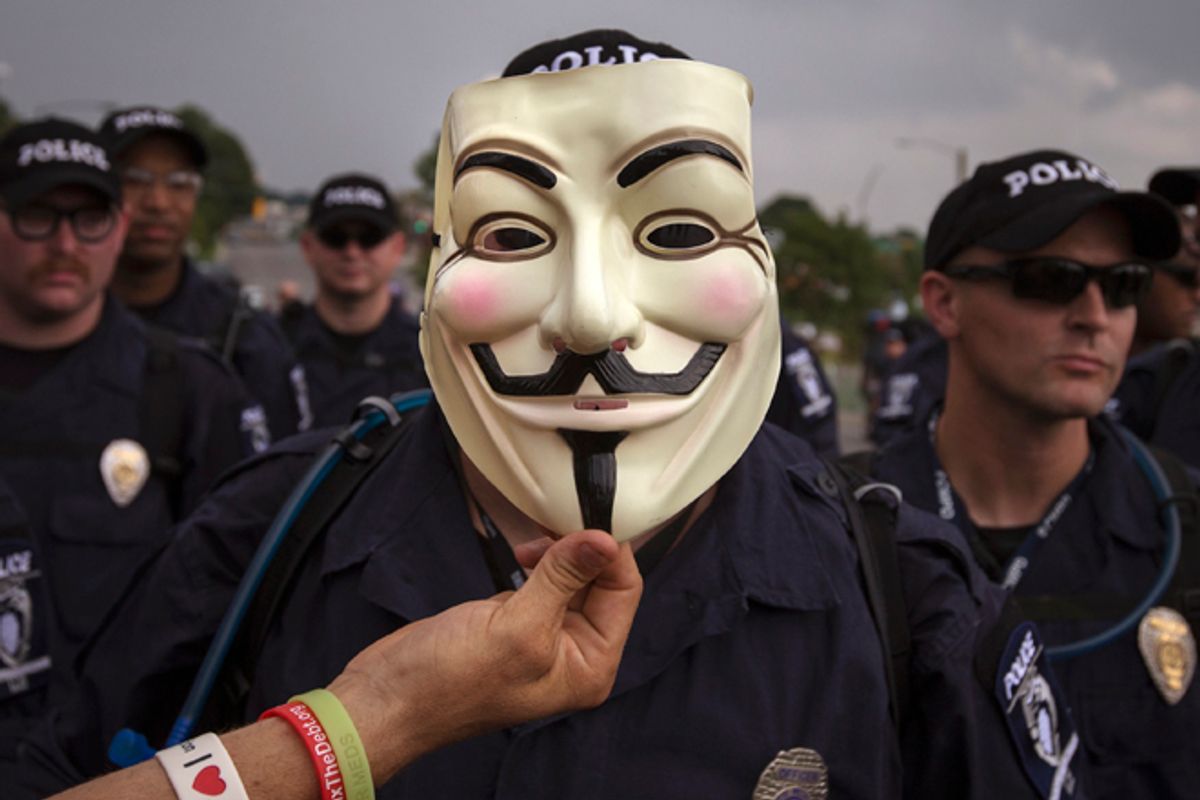 The FBI is declaring victory over Anonymous in a series of statements claiming the hacker collective is no longer able to carry out large, successful operations because most of its “largest players” have been arrested or detained by US law enforcement authorities.

"The movement is still there, and they're still yacking on Twitter and posting things, but you don't hear about these guys coming forward with those large breaches," Austin P. Berglas, assistant special agent in charge of the FBI's cyber division, told the Huffington Post.

"It's just not happening, and that's because of the dismantlement of the largest players,” he added.

Berglas also claimed that recruiting LulzSec hacker Hector Monsegur, aka Sabu, as an FBI informant has bred fear and distrust within Anonymous, deterring hackers from continuing with their operations against targets like US law enforcement agencies.

But given some recent successes, Anons take issue with the FBI’s claims of “dismantlement.”

In spite of FBI arrests, large-scale Anonymous operations have been carried out as recently as July, when Anons made public information stolen from a server used by the Federal Emergency Management Agency. Earlier this year, OpLastResort infiltrated servers used by the Federal Reserve, the Department of Justice and several other financial and law enforcement agencies.

Scared of the FBI? Anonymous took to Twitter to mock the claim.

“Has anyone seen my leg? I'm in pieces over here!” tweeted one Anonymous-affiliated account. “SHOUTOUTZ TO ALL TEH DISMANTLEZ CREWZ OUT THERE IN SCARED OF TEH FBI LAND LOLOLOLOL,” tweeted @OpLastResort, an account managed by Anons closely associated with the collective’s most recent hacks.

The @OpLastResort account then dumped a large amount of information stolen from what appear to be servers used by the FBI’s Regional Forensics Computer Laboratory (RFCL). A large amount of the information appears to have been scrubbed from computer files as early as January of this year. Such data can only be obtained with direct access to servers.

Personal information from the data can also be taken and used in "social engineering" and phishing attacks to gain further access to secure information.

“The idea that they can take out a few people 'at the top' and treat them badly and then people will be scared is just asinine,” said Gregg Housh, an internet freedom activist formerly associated with Anonymous.

“There is no leadership. There can’t be. That is the point of it all. That is why things like OpLastResort happen after all of these 'big arrests.' For those reasons it is absolutely ridiculous to say that Anon's leadership has been dismantled,” added Housh, who now acts as an observer and has not participated in Anonymous or its operations for several years.

Even those closely associated with members of the collective who have been arrested — and thus have lost their anonymity — say the crackdowns on hackers has done little to deter their involvement. But it has taught them to exercise more caution.

“No, [arrests have] not lowered morale. Everyone certainly learned a few lessons about trust, however,” said Nancy Norelli, a Miami-based attorney involved with freeanons.org, an organization that provides support for those who are facing prosecution for alleged involvement in Anonymous activities.

Norelli argues that Anonymous has learned from their past mistakes and resulting arrests, making the organization more secure.

“I'm not aware of any arrests contingent with #oplastresort. And yes, I think the slowdown in prosecution actually has more to do with law enforcement agencies' inability to regain a foothold after Sabu rather than a decline in ops. When Sabu was around, the FBI had a central figure with whom to gather data. Now we see smaller, more focused, and more hidden movement. More diffusion,” said Norelli.

As Anonymous continues to dump more information stolen from servers and computers apparently used by the FBI, law enforcement’s claims to have dismantled the organization show they're desperate, Gregg Housh claims.

“What [recent FBI statements] do is make more people angry and get more people wanting to fight. The biggest thing the FBI have done for Anonymous is continue to work in very outdated ways, it has only gotten more people willing to go online and do what they feel is right,” Housh said.