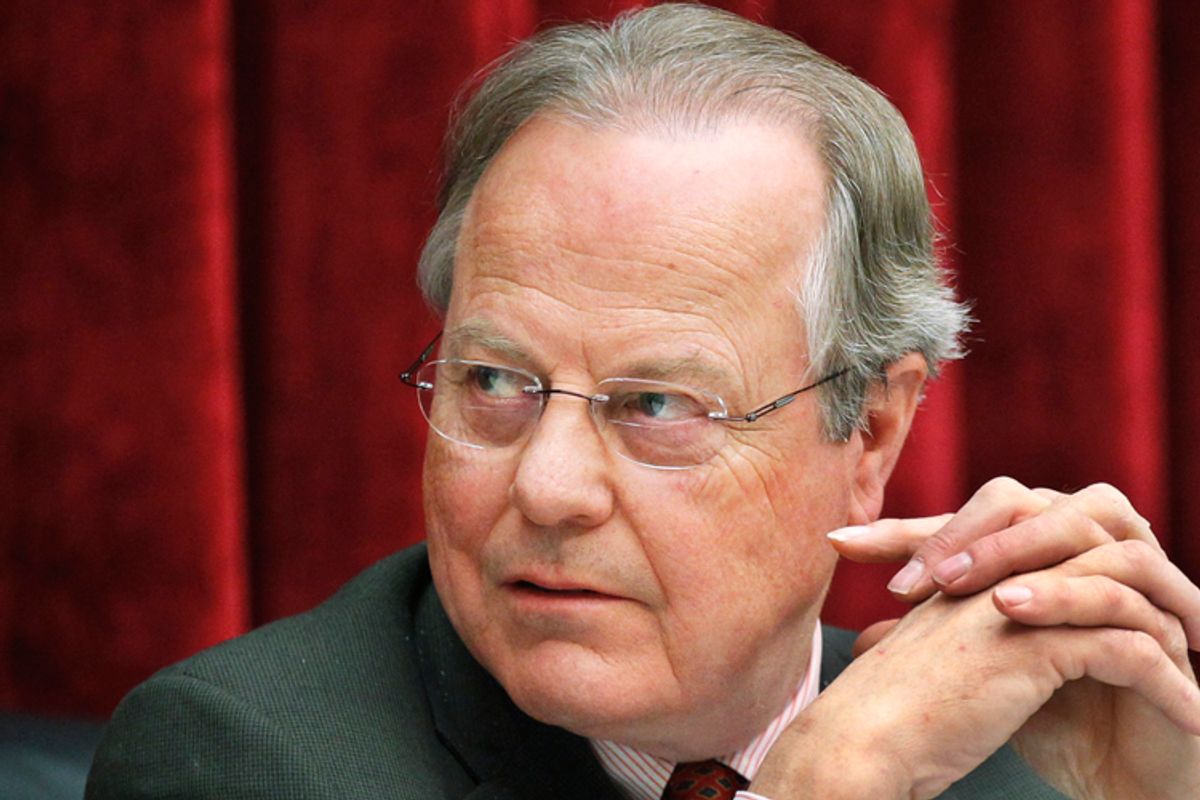 House Republicans aren't just planning to finally address climate change -- they're turning it into a major event. National Journal reports that Energy and Power Subcommittee chairman Ed Whitfield sent out invitations to 13 federal agencies to testify about Obama's climate plan, which he unveiled in June. According to a Republican committee aide, it will be "quite a production."

The shindig is set for Sept. 18, and the guest list includes "leaders of the Environmental Protection Agency; the departments of Agriculture, Defense, Energy, Health and Human Services, Interior, State, and Transportation; the National Oceanic and Atmospheric Administration in the Commerce Department; NASA; the U.S. Agency for International Development; the Export-Import Bank; and the White House Office of Science and Technology." Each agency is being asked to answer nine questions about how they devote their resources to climate change policy.

But by last night's RSVP deadline, only one -- the Department of Defense -- confirmed that it would be attending. So still no word from the popular kids.

For the GOP to be the one trying to make a climate change conversation happen is a reversal of the way things usually go on Capitol Hill:

Over the past two years, House Energy and Commerce Chairman Fred Upton, R-Mich., and Whitfield have ignored numerous letters from Energy and Commerce ranking member Henry Waxman, D-Calif., and Energy and Power Subcommittee ranking member Bobby Rush, D-Ill., requesting a hearing on climate change and the latest science surrounding the issue. In the last Congress, the two Democrats sent 21 letters, according to their count. Upton and Whitfield responded to just one of those requests, in March of this year.