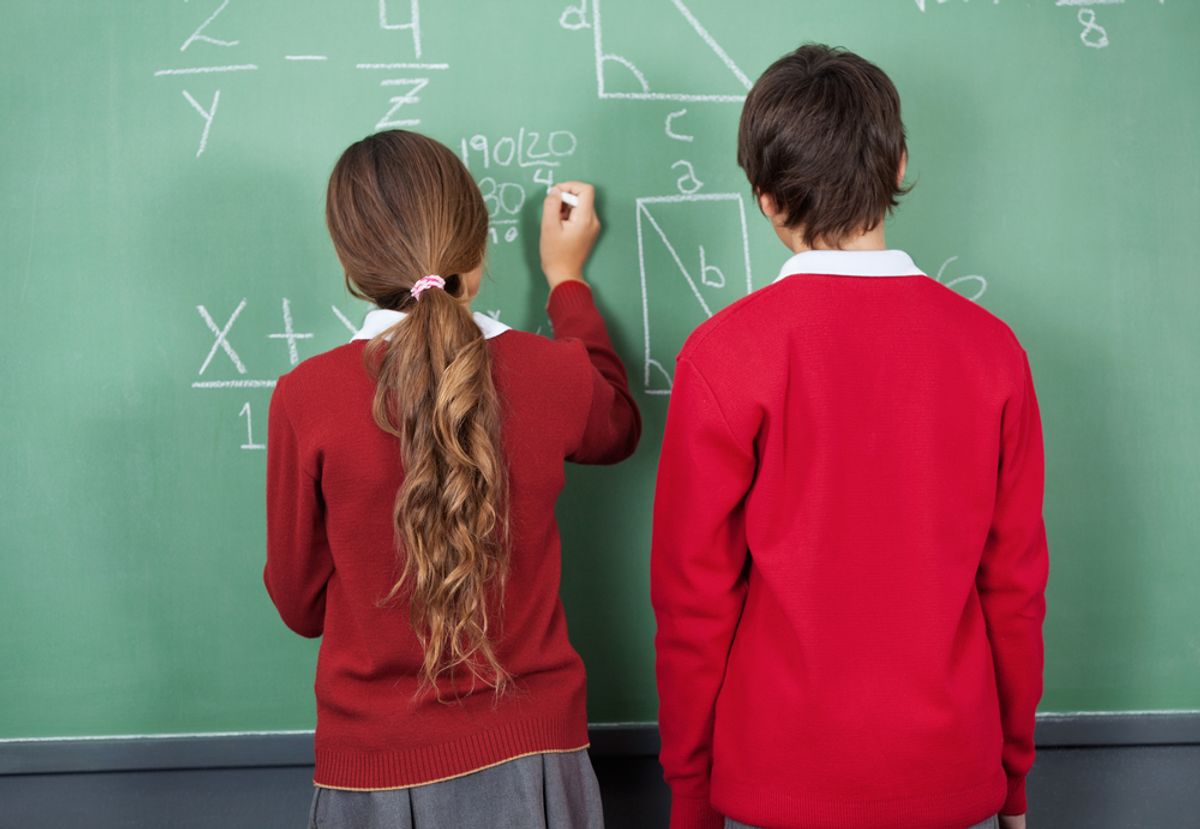 Though children with autism spectrum disorder often have difficulty with social interaction and communication, they're also much more likely to be savants--to show extraordinary skill in a particular area, like music, art or math.

Not everyone with autism happens to be a math whiz, but a new study suggests that autistic kids who do show above-average math skills do so because they have slightly different brain organization than children who don't have autism.

The autistic children used a different part of the brain to solve problems.Researchers at the Stanford University Medical School recruited 36 children between 7 and 12 years old, half of whom had been diagnosed as autistic. All the participants had normal IQs and normal reading skills, but the autistic group did significantly better on the standardized math tests they took as a precursor to the study. When the researchers interviewed the children about how they solved math problems, the autistic children were more likely than the other participants to say they had analyzed and broken up the problem into smaller components, rather than relying on memory or counting on their fingers.

The autistic children weren't just better at math compared with the non-autistic children, they used a different part of the brain to solve problems. When solving math problems in an MRI scanner, their ventral temporal occipital cortex--the region of the brain normally involved in recognizing faces and objects--lit up, indicating that there's an entirely different pattern of functional brain organization among children with autism.

"Our findings suggest that altered patterns of brain organization in areas typically devoted to face processing may underlie the ability of children with autism to develop specialized skills in numerical problem solving," lead author Teresa luculano said in a press statement.

This study was relatively small in size, but Iuculano and her colleagues are now studying differences in mathematical ability among a larger group of autistic children.

The work appears in Biological Psychiatry.