Watch this sinkhole swallow an entire grove of trees

There one minute, gone the next 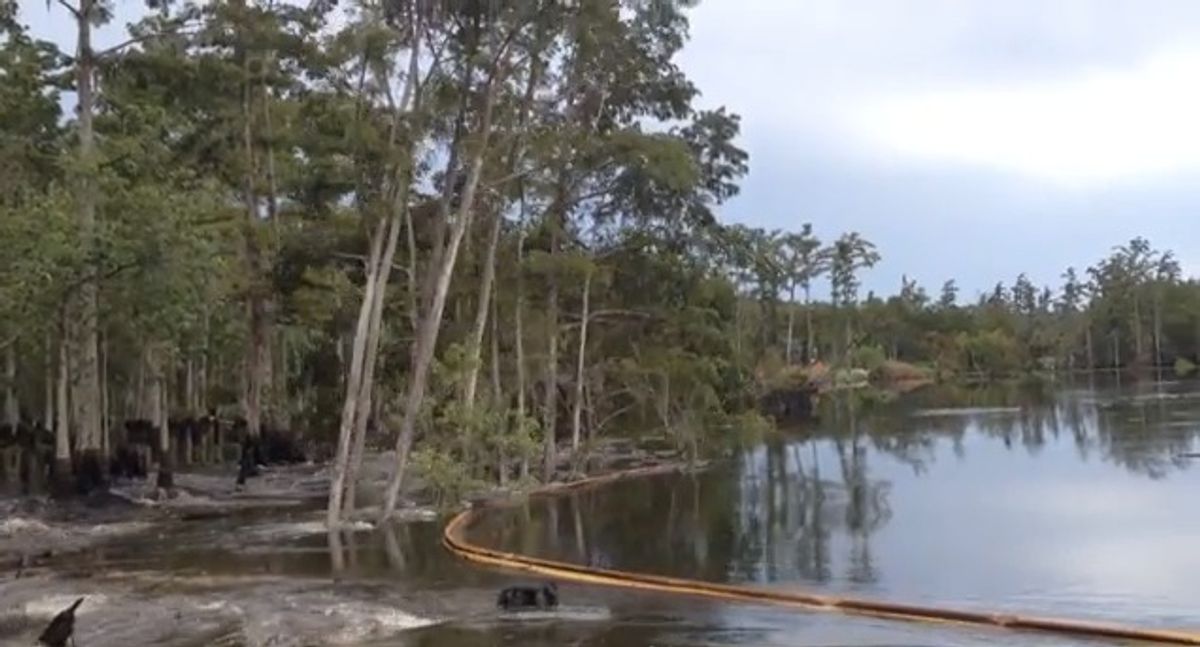 Up until yesterday, there was a small grove of 40-foot trees on the edge of a Louisiana swamp. One giant burp from the 28-acre sinkhole that's slowly swallowing the town of Bayou Corne, and...well, it kind of has to be seen to be believed:

The sinkhole first appeared last August; experts believe it was caused by injection mining, a process of hollowing out salt caverns that's now damaging the integrity of the very ground Bayou Corne sits on.

This isn't the first time the sinkhole's been known to eat trees, but the phenomenon hasn't been caught clearly on camera before this, says Mother Jones' Tom Murphy. To tweak the old adage slightly: If a whole bunch of trees are swallowed by a sinkhole, and we're all able to see it, we have to start paying attention, right?