Arianna Huffington promises an end to anonymous comments. That won't stop trolls -- but the fight is worthwhile 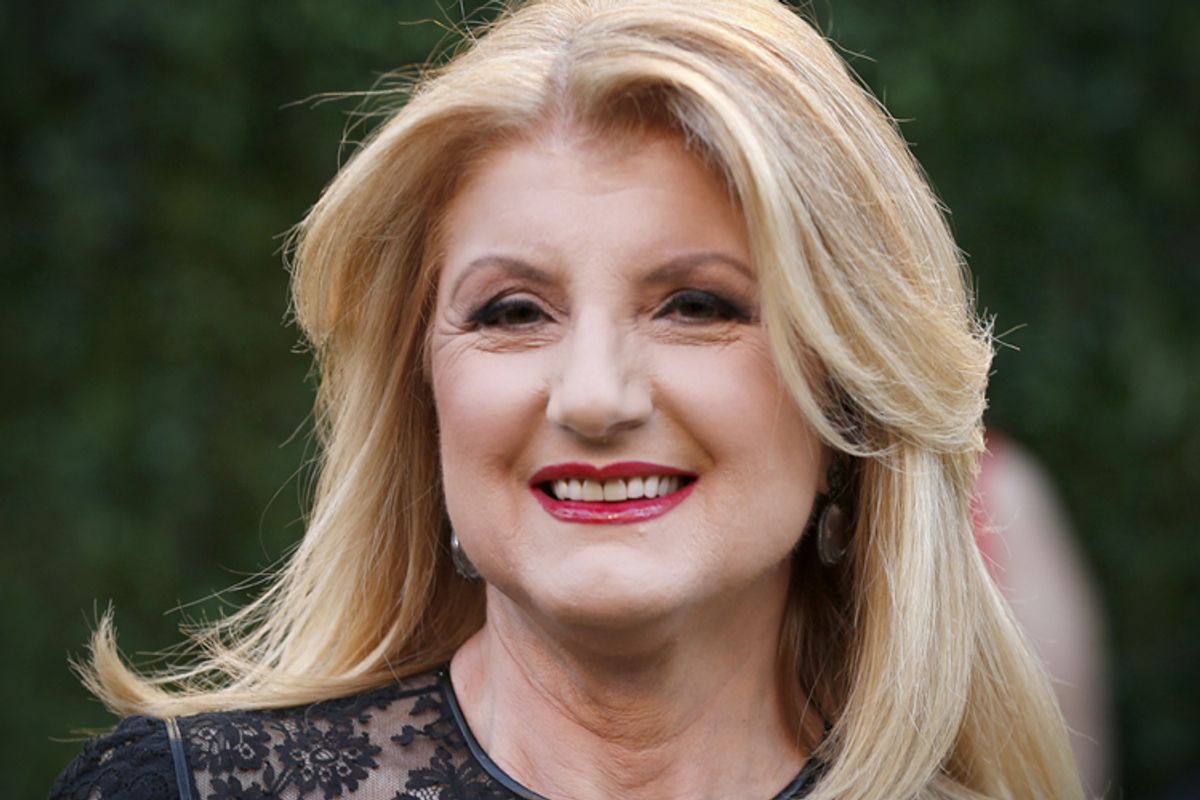 Can Arianna Huffington eliminate online trolling? It's a tall order. But then again, is there anything the woman who invented the sideboob vertical can't do for the Internet when she puts her mind to it? During a conference in Boston this week, the Huffington Post founder announced that starting next month, visitors to her site will have to identify themselves by name in order to comment.

It's a drastic shift for a site that gets roughly 270,000 comments a day, and has amassed an astounding 260 million comments since it launched. "Trolls are just getting more and more aggressive and uglier and I just came from London where there are rape and death threats," she said, referencing a recent outbreak of particular ugliness against women on Twitter. She added that "I feel that freedom of expression is given to people who stand up for what they say and not hiding behind anonymity." A spokesman declined to elaborate on how the new policies would take effect, but told CNN Thursday, "Our engineers are working on the exact implementation plan and we will share that as soon as it is finalized."

The Internet has from its inception had an ugly and often anonymous side. The sheer brutality in the comments of a typical HuffPo story today isn't much different in tone than what you'd have seen on Usenet two decades ago. The main difference isn't the content – it's simply the sheer glut of trolls, the way they can swarm all over the comments of a story, or pick a single target and inundate that person relentlessly. And HuffPo is not the only site grappling with terrible online behavior. Last week, Ask.fm announced it would be stepping up its moderation and implementing better tools to report bullying, after the latest teen suicide from a user who'd been anonymously harassed on the site. Facebook and Twitter have both this year had to take a hard look at their problems with aggression, and announce steps to combat it.

As one who's been there, I wish Huffington and her crew the best of luck in their undertaking. I managed Salon's user forum, Table Talk, for 14 years, and long before that I was a host on the venerable online community the WELL. In other words, I've been watching people call each other Nazis for a long, long time. When we started Table Talk in the mid-'90s, we deliberately modeled it after the WELL and Echo, systems that require users to post with a degree of identification.

So will new and stricter posting requirements eliminate trolling? Oh hell no. Trolls are unkillable. You put up barriers to anonymity, I promise you they will find ways around them. They are working on them right now. They will get in, and will say things that will horrify you. And I can also tell you that although a great many trolls thrive on hiding within the safety of their mystery, plenty of them do not give a rat's butt who knows who they are. They will contentedly spew their garbage under their own names, proudly standing behind it. And if you kick them out, they will come back in. They are an incredibly durable breed. They have time and energy that you – assuming you're not a troll – cannot begin to fathom. Saying crazy crap on the Internet is their job, and they take their job very, very seriously. This, by the way, is why I gave up on reading the comments. The trolls have a devotion I don't.

As TechCrunch pointed out last year, when YouTube announced plans to implement stricter commenting requirements, making users post with their real names is not a magical cure-all. "In 2007, South Korea temporarily mandated that all websites with over 100,000 viewers require real names, but scrapped it after it was found to be ineffective at cleaning up abusive and malicious comments."

For all the hoops the communities I've worked on ever made users jump through, we still had plenty of crazy and plenty of mean. But I still believe, based on experience, that there's value in serious moderation and user accountability. (I also believe, in plenty of other circumstances, in the absolute necessity of anonymity, and in the power of giving people space to speak freely and without fear of consequence on issues they otherwise feel they can't discuss. I just doubt the comments section of HuffPo is that space.) I'm proud of the communities I've been part of, and know the people who participated in them worked tremendously hard to make them lively and smart and to swat down the inevitable outbreaks of bad behavior.

Most of us are here in the online world because we're looking for some form of connection. We want to express our ideas and opinions, we want to share them and we want to know what others feel too. But if all you do is give people a posting box and no investment in that box, of course a number of them are going to fill it with trash. Similarly, if all you're doing is building one or two more barriers to get through, a fair number of creeps will get through them anyway, and they will in fact relish the challenge. Community management requires many tools. It takes engagement from its owners and managers, to give users the reassurance that its community is a priority, that it is cared for and cultivated. It takes users who moderate each other and know how to lead and set the appropriate tone. It takes well-developed tools to block and ignore and prioritize, so that the valued members of the community aren't drowned out by the angry yelling ones. It takes a degree of acceptance that the angry yelling ones will always be part of the fabric, but an indefatigable commitment to fighting them. It takes accountability galore. And accountability isn't just as simple as making users put their names on their words. But it's a decent start.