How everything went so wrong at Fukushima

The makings of a two-and-a-half-year nuclear disaster 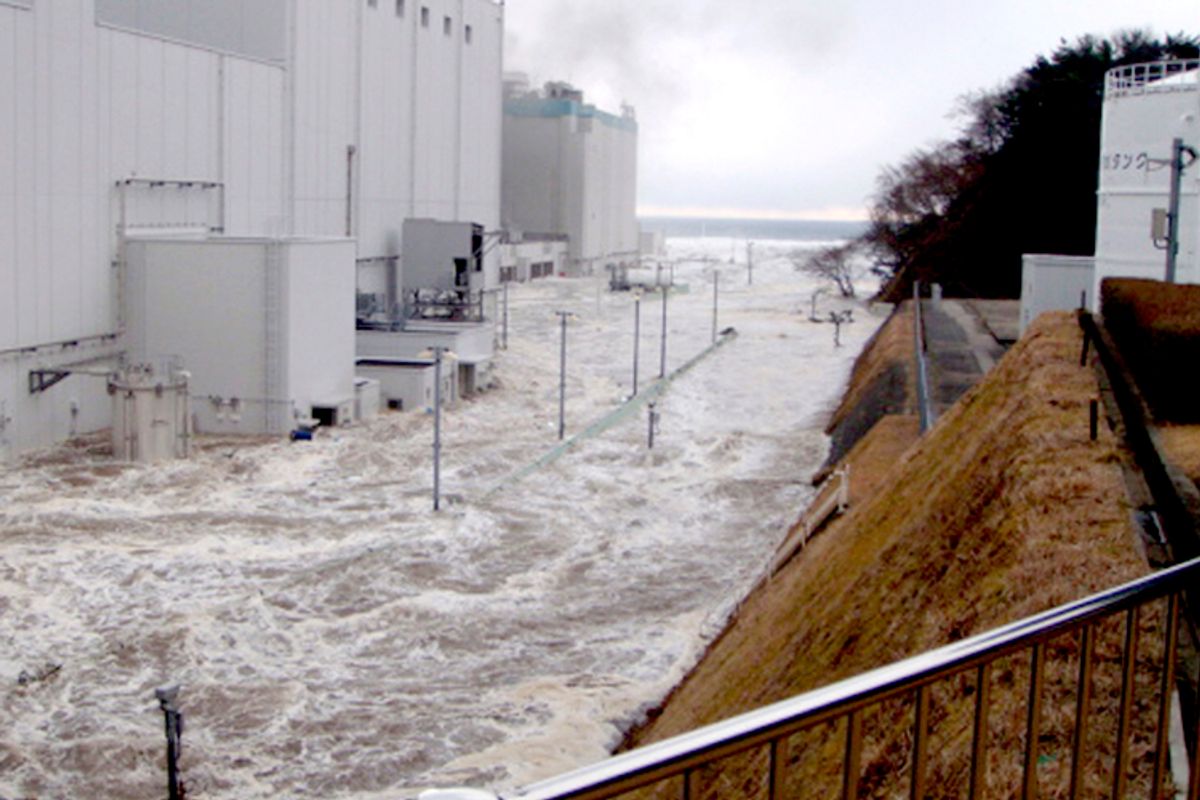 This week, alarming news has been pouring out of Japan's Fukushima Daiichi nuclear power plant, two and a half years after it was first damaged in a natural disaster. As we're now learning, more problems have been building beneath Fukushima's surface, to a far greater extent than officials have been willing to acknowledge until now, when the severity of the situation has become impossible to ignore.

On March 11, 2011, a magnitude 9 earthquake struck offshore Japan. More than 19,000 people died as the tsunami it caused engulfed Japan's largest island, a little more than 100 miles north of Tokyo.

Amid concern for the massive death and destruction, reports emerged of a second unfolding catastrophe in the tsunami's wake. Electricity had been knocked out at the Fukushima Daiichi Nuclear Power Plant, and the backup diesel generators meant to cool the plant's nuclear reactors had flooded. Over the first three days following the tsunami, all three nuclear cores melted. On days 4 to 6, they began to release unknown amounts of radiation. The main task became containing it, and evacuating more than 160,000 residents from the vicinity. Many have yet to return home.

The nuclear disaster -- the largest since Chernobyl in 1986 -- was classified as a "major accident," the highest score possible on The International Nuclear and Radiological Event Scale (INES). At first its effects paled in comparison to the immediate death toll and damage caused by the earthquake and tsunami. Within two weeks, the three reactors were stable. By July, they were being cooled with recycled water from a new treatment plant. In mid-December, they officially reached "cold shutdown," meaning active cooling was no longer necessary to keep the reactors safe. A World Health Organization report released earlier this year concluded that the predicted health risks for the general population were low.

Beneath the surface, however, the situation was far from contained. The plant's operator, Tokyo Electric Power Company, or Tepco, had "rigged a makeshift system of pipes and hoses" to continue cooling the reactors. From the beginning, that contaminated water has been leaking. As much as possible was contained in the plant's storage tanks, but some made its way into the sea. For the past two and a half years, a "massive underground reservoir" of contaminated water has been building up underneath the plant. Tepco is widely alleged to have not done enough to contain it.

The slow, seeping buildup of a second catastrophe came to a head this summer. On July 10, Japan's nuclear watchdog announced it "highly suspected" that the plant was leaking contaminated water into the ocean. Tepco didn't acknowledge what was happening until July 22; a full month after initial suspicions were raised. A month later, the watchdog again announced that the contaminated groundwater had breached a barrier meant to contain it. The Japanese government officially stepped in to help.

Since then, a new, acute disaster has complicated the situation further. Earlier this week, a new leak erupted from one of the plant's storage tanks, releasing 300 tons of contaminated water into the soil and potentially, through storm drains, into the Pacific. For the first time since 2011, Fukushima again scored on the INES scale, although this time it was only Level 1, an anomaly. The Nuclear Regulation Authority is considering an upgrade to Level 3, a serious incident. (Seven is the highest score possible.) As an advisory panel revealed yesterday, Tepco was warned this was coming back in June.

The underground reservoir has been climbing above barriers set to contain it, and experts now fear that it's about to reach the Pacific Ocean. Amid frustration that Tepco could have done more to prevent this from happening are fears that it's unprepared to handle the coming fallout.

The company has created chemical blockades and has finally begun construction on an offshore steel wall to contain the water. Its more ambitious plans include surrounding the plant with a mile-long, 90-foot deep wall of ice. Even if that last option works, it won't be ready until 2015. There's also a chance that other steel tanks  -- built in a rush and containing nearly 300,000 tons of partially treated contaminated water -- could also spring leaks. Tepco says it plans to build newer ones with tighter seals. In the meantime, they may be running out of space for the estimated 400 tons of water pumped daily, and contaminated groundwater seeps toward the sea at a rate of 4 meters per month; the plant is only 150 meters from the ocean.

We don't really know if the contaminated water has reached the ocean yet, or what the health and environmental implications might be once it does. And the water issue aside, the plant still needs to be decommissioned. The next step, the removal of 400 tons of spent fuel by hand from a damaged reactor building, provides a fresh opportunity for things to go wrong. In the worst case scenario, the accidental release of radioactive material would mean a bigger crisis than in 2011. The entire decommissioning process is anticipated to take 40 more years -- and from the way it's been handled so far, the world may be holding its breath for the duration.