The future of "women's issues" under Secretary of State John Kerry 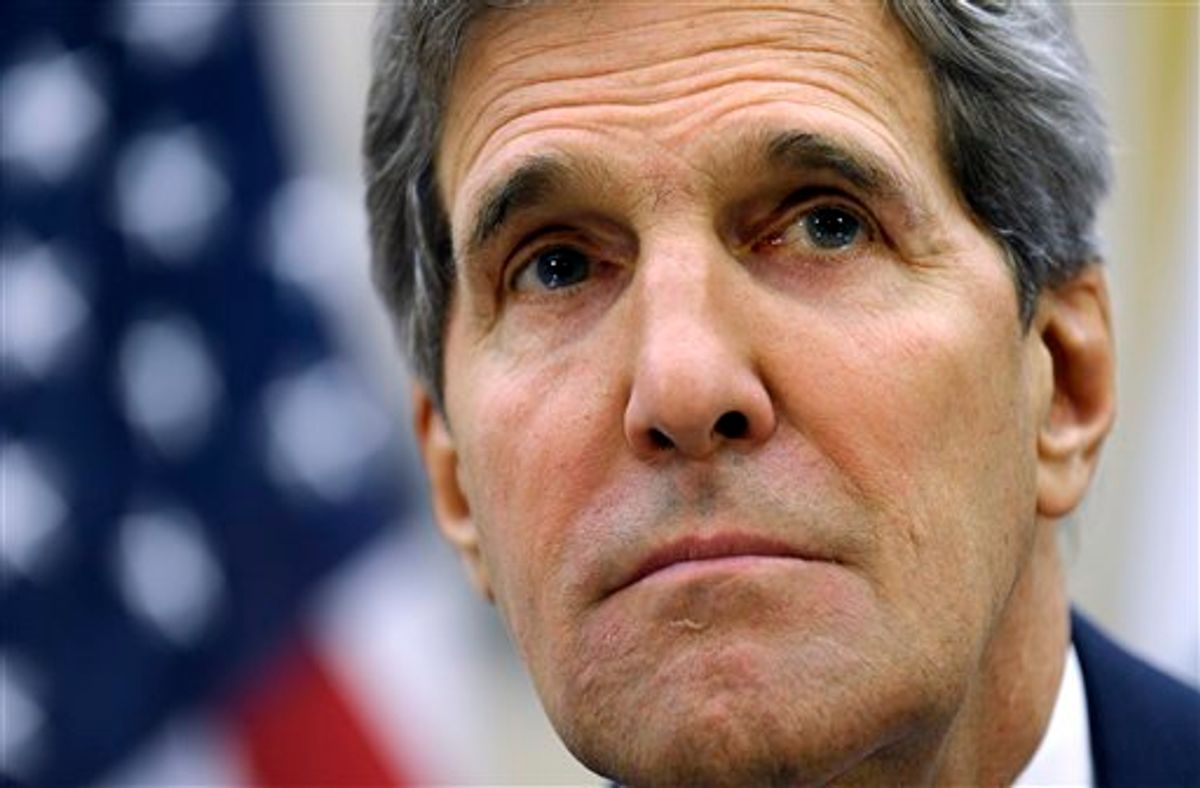 A Friday piece in the New York Times asks whether Catherine Russell, the State Department's ambassador at large for global women's issues, will succeed in making women's rights a permanent policy priority under new Secretary of State John Kerry, who, the piece suggests, may be less focused on women than his predecessor.

Navigating the position, created in 2009 by Hillary Clinton, may be a "harder slog" under Kerry, who is "primarily focused on forging Middle East peace, not women’s issues."

Pretty sure, though, that there are women in the region who have "issues," making these not mutually exclusive priorities. In fact, Clinton created the role to better integrate a women's rights perspective "into the fabric of American foreign policy," rather than viewing the concerns of half of the world population as a niche interest. That said, Russell is certainly likely to face an uphill battle in a State Department that may not be entirely on board with her mission.

More on the unique challenges of the position from the Times:

Others see women’s issues as a marginal focus when there are so many violent conflicts around the world.

“Certainly the problems specifically affecting women in Syria are not unimportant,” said Kenneth M. Pollack, a former staff member of the National Security Council who is now a scholar at the Brookings Institution. But in such a humanitarian catastrophe, he said, “until you have an answer to the military problem in Syria, you can’t solve any other problem.”

Ms. Russell’s first trip abroad as ambassador — to Bali for a forum on women held at the Asia-Pacific Economic Cooperation summit meeting, a gathering of business and political leaders from the region — reflects another effort of her office: inserting discussions about women into diplomatic talks.

Mr. Kerry, for his part, held a meeting with businesswomen during his first visit to Afghanistan, and in an opinion article that ran on March 8, International Women’s Day, wrote, “The world’s most pressing economic, social and political problems simply cannot be solved without the full participation of women.”