Why you should watch "Project Runway" again

The show remains bizarre, but the cast -- including a black sign language interpreter -- is diverse in every way 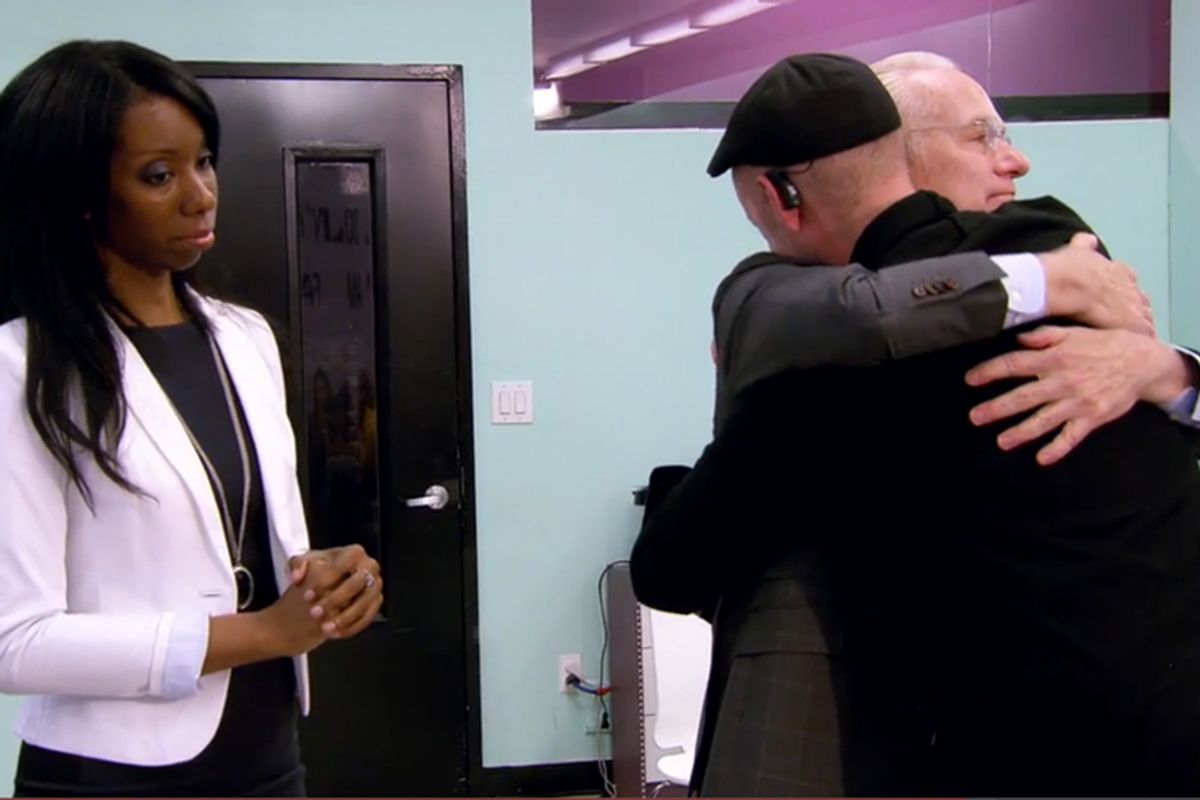 Iʼve been without a proper TV for the last few weeks, a fact interesting only in so much as, during that period, I somehow managed to score a gig as Salon's TV critic. Last night, finally and firmly ensconced in front of one of those aggressively vivid hi-def rigs that makes movie stars look like reality show contestants and reality show contestants look like bright pink neighbors, I decided to catch up on this season of “Project Runway.” What can I say? Iʼm a creature of habit and a loyalist.

I stand by “Runway” as one of the remaining reality competitions that requires combatants possess a demonstrable skill set in addition to a gluttonous appetite for attention. That said, over the last few years Heidi Klum & Co. have come to lean a little too heavily on cheap reality show contrivances and personality theatrics that were once no more than the acceptable byproducts of a fascinating process that involved very talented people under great duress hoping to sew themselves into a viable career.

If, at this point, youʼre thinking, Come on, man. I quit watching Project Runway a half-dozen Klum-babies ago due to X, Y, or Z predictable plot devices, then you will absolutely not be surprised to learn that this current cycle features the following: Men and women with brittle psyches who did not come here to make friends brought to tears by insults both egregious and unintentional; bafflingly integrated product placement (Yoplay-inspired fashion, Yay!); an Eastern European human sound-bite machine; not one but three unconventional materials challenges; a saucy, Southern gay black man who refers to himself or is referred to by others as “a diva”; an unassuming yet skilled, black female front-runner who most certainly will not win for whatever reason; Jesse Tyler Ferguson; a perfectly middle-aged woman inexplicably deemed "old" or "matronly" and written off by the younger contestants; and a fair amount of praise for ruching.

This season, there was also an on-air gay marriage proposal. Due, of course, to the constraints of taping a reality competition program, the person being proposed to was not present and was not expected to find out for, presumably, weeks after those sweet words were spoken unto him. Had the event not been force-edited into proximity with the Supreme Courtʼs decision on Proposition 8, itʼd probably seem nearly as uneventful and possibly as ill-advised as a hetero marriage proposal under the same funky circumstances.

On last nightʼs episode, Tim Gunn and Heidi sent the gang “glamping” -- “when fashion designers go camping.” Here I will state -- no doubt to every readerʼs great relief -- that this is not a recap. I can say that the episode prominently featured the one, um, significant advancement in the Project Runway formula since HP started giving everybody tablets with which to forever alter the meaning of the word “sketch.” Co-host, mentor and pin-striped father figure Tim Gunn used his sole Tim Gunn Save, a drastic maneuver pioneered seasons ago on “American Idol,” with which Gunn can save a contestant whom the judges have already decided to send home.

He used it to save Justin, the hearing impaired contestant whose “frothy,” nature-inspired evening gown was constructed partially out of glue and was described by ever-forthright judge Nina Garcia as making his model appear as if she had a “foaming vagina.” Tonightʼs, unfortunately for Justin, was not one of the seasonʼs many unconventional materials challenges wherein enterprising contestants can utilize junk food, stuffed animals and glue. So, understandably, judges Garcia, Zac Posen, Klum and guest Allison Williams (“Girls”) opted to give him the Galliano boot. This led to, at last, a truly harrowing moment. For in ousting Justin, the hasty panel was also poised to get rid of this seasonʼs most intriguing character, Justinʼs sign language translator.

I donʼt know her name, but sheʼs been in almost every episode this season. For the first few shows, it was jarring to see this black woman up there onstage, off to the side, but nevertheless right alongside “Runway” staples Gunn and Klum. For a moment, I thought perhaps newly stringent diversity requirements at Lifetime had forced the show runners to bring on “celebrity fashion stylist” June Ambrose full-time. Even as I quickly recognized her true function as aid to a deaf contestant, I still couldnʼt help thinking there was something progressive about her mere presence on my new TV. As weʼve already established, “Runway” is bursting with diversity -- folks of all shapes, sizes and sexual orientation shrilly picking at each other and positioning each other under proverbial buses. This was something different. Forget “Runway” -- I donʼt recall ever seeing another black person on television doing this particular job. Itʼs pretty cool.

I think back (not far) to Roxane Gayʼs piece that appeared yesterday on this very site about “Orange Is the New Black” and the general lack of minority representation on television, specifically in the case of African-Americans. “Orange,” Gay writes, “concerns a privileged white woman serving a prison sentence ... Unfortunately, we will never see a similar show about a woman of color as a stranger in a strange land, bewildered by incarceration.” While Gayʼs prediction is almost certainly true for the foreseeable future, it is somehow comforting to imagine Justinʼs nameless translator starring in her own vehicle, a stranger in a strange land of stressed-out fashion designers trying to make couture out of placemats and duct tape. In the picture above, she certainly looks bewildered. Or maybe sheʼs just pissed she doesnʼt get to go home and leave this crumbling madhouse behind.