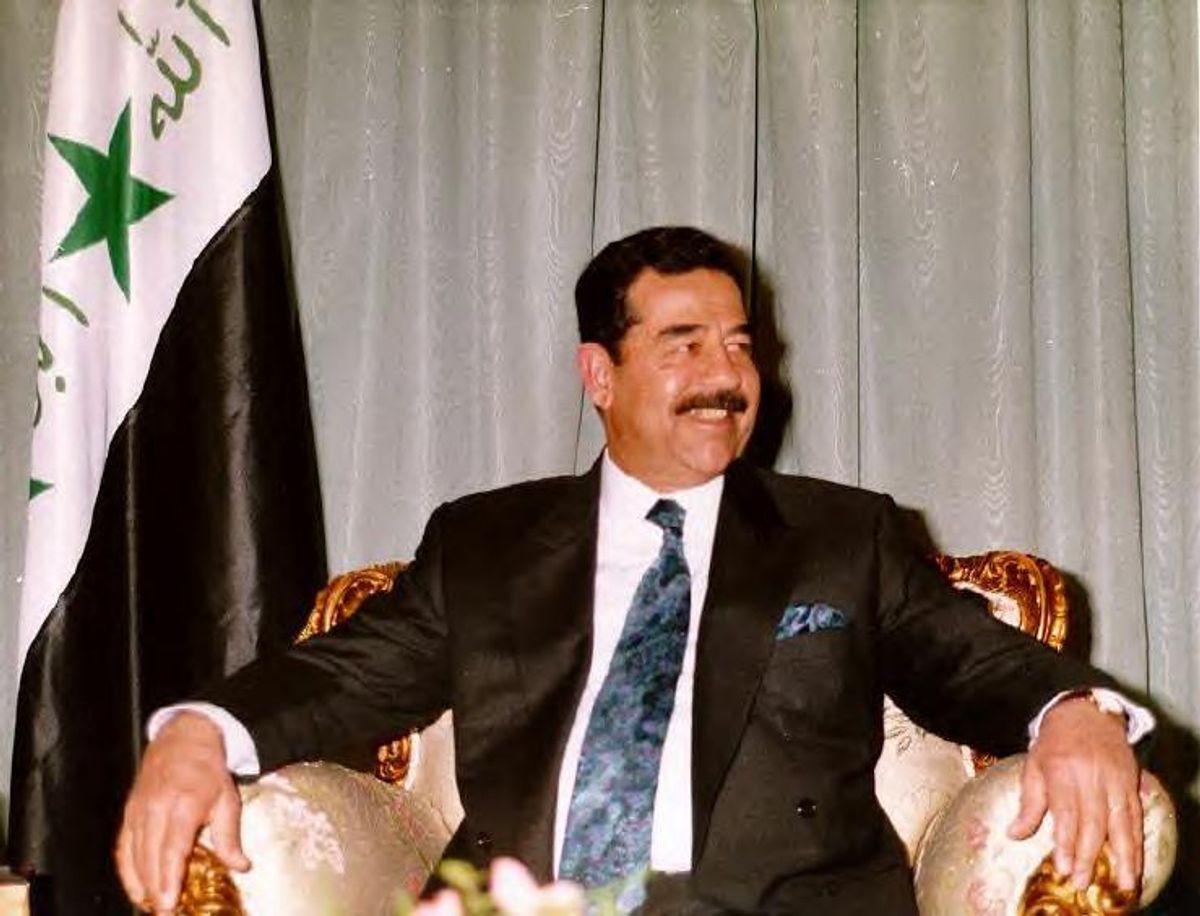 As Foreign Policy revealed Monday, recently declassified documents show that in 1988, the U.S. gave key intelligence to Saddam Hussein's Iraqi military, which enabled the gassing with chemical weapons of Iranian troops. The U.S. was reportedly well aware of plans to use the nerve agent.

As our current administration equivocates over military intervention in Syria and aid to Egypt, it's worth remembering that the U.S. has a long and storied history of shifting strategic alliances in the Middle East, aligning with the vagaries of U.S. politico-economic interests of the time.

In 1988, during the waning days of Iraq's war with Iran, the United States learned through satellite imagery that Iran was about to gain a major strategic advantage by exploiting a hole in Iraqi defenses. U.S. intelligence officials conveyed the location of the Iranian troops to Iraq, fully aware that Hussein's military would attack with chemical weapons, including sarin, a lethal nerve agent.

... U.S. officials have long denied acquiescing to Iraqi chemical attacks, insisting that Hussein's government never announced he was going to use the weapons. But retired Air Force Col. Rick Francona, who was a military attaché in Baghdad during the 1988 strikes, paints a different picture.

"The Iraqis never told us that they intended to use nerve gas. They didn't have to. We already knew," he told Foreign Policy.