Fracking's real health risk may be from air pollution 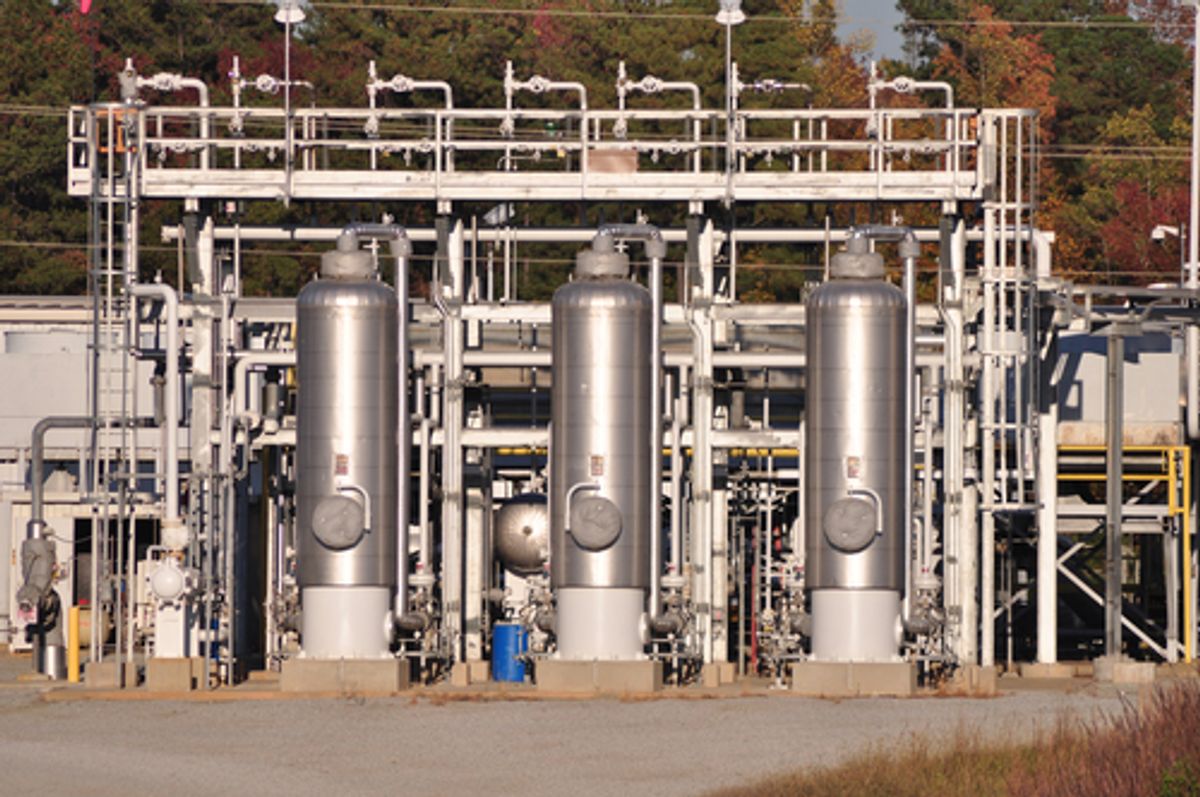 The preliminary results of a study on the health effects of fracking are mixed, the Associated Press reports: They "challenge the industry position that no one suffers but also suggest that the problems may not be as widepread as some critics claim."

One of the first attempts to study the long-term health effects of natural gas drilling, the Southwest Pennsylvania Environmental Health Project released its early findings after 18 months spent studying one county south of Pittsburgh:

The project found 27 cases where people in Washington County believe they were hurt by nearby drilling — seven cases of skin rashes, four of eye irritation, 13 of breathing problems and three of headaches and dizziness. The skin exposures were from water and the other cases were from air. The numbers don’t represent a full survey of the area, just cases with plausible exposures.

The EHP group is trying to help people who have been exposed to drilling-related air or water pollution, toxicologist David Brown told the Associated Press, adding that they’re finding “an array of symptoms” in some people who live close to wells or processing stations.

While tainted water is the image that immediately comes to mind, helped along by news footage of people setting their taps on fire, the study found that air pollution might pose a greater health risk. In two homes that rest 1,000 feet away from gas processing stations, air pollution levels were as much as four times higher than the local average. The industrial stations, which clean raw natural gas and send it out through national pipelines, seem to be more of a concern than the drilling sites themselves, of which Washington County has 700.

The researchers are being cautious, though, and the small scale of their study means they're not yet ready to claim any definitive links between fracking and the health problems they've observed.