Is it anti-science to be anti-GMOs? 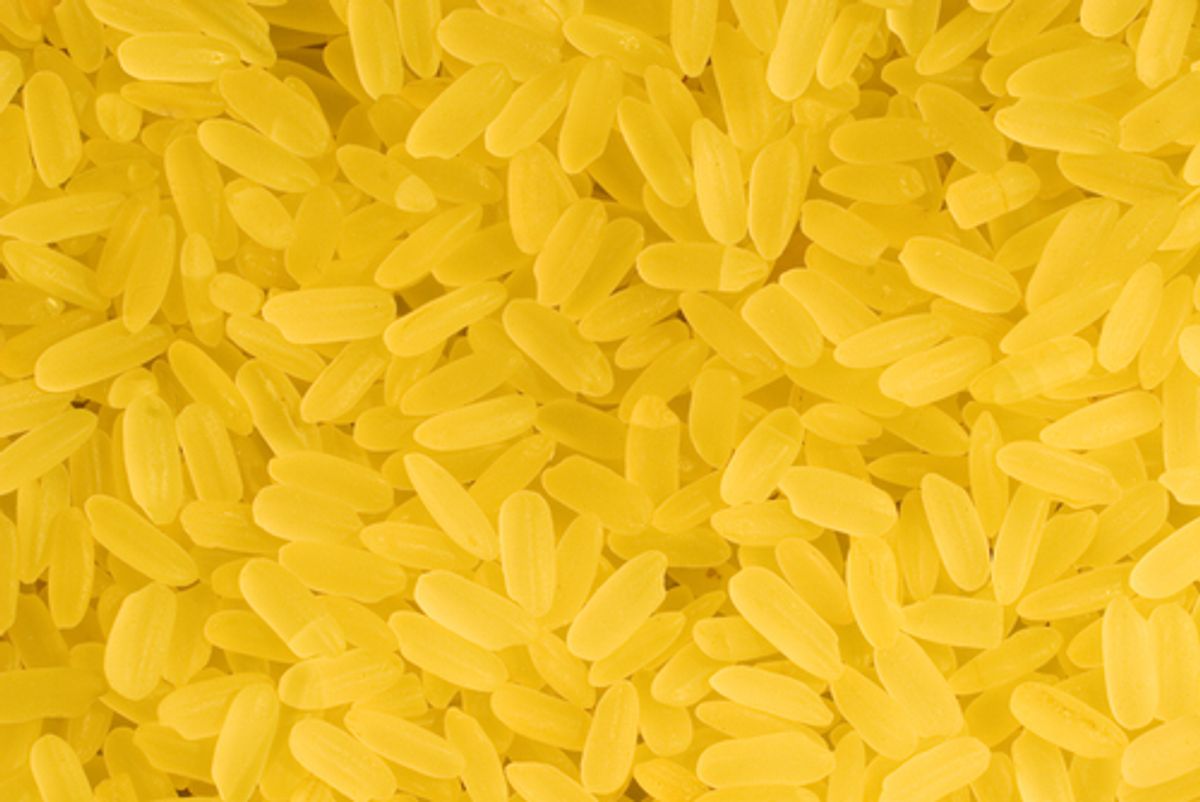 “The science is quite clear: crop improvement by the modern molecular techniques of biotechnology is safe.” So asserts the consensus statement on genetically modified organisms released by the American Association for the Advancement of Science last October. At the beginning of this year, Mark Lynas, an environmentalist known for his anti-GMO activities – and who helped to start the anti-GMO movement – apologized for spreading false misinformation and reversed his position. His distrust of GMOs had been anti-science, he explained, in the same way that climate change denial is.

Why do so many read something unnatural, and even sinister, into what scientists see not only as safe, but as an important advancement toward addressing food and nutritional deficiencies? The latest iteration of this in the Western world was an investigation into genetically modified corn published in Elle magazine, which reporter Caitlin Shetterly blamed for a series of chronic health problems. Slate's Jon Entire revealed the article to be biased to the point of blatant inaccuracy: Almost all of the scientists Shetterly named in the article, when contacted by Entine, claimed that she had either misquoted them or misrepresented their position.

But as Amy Harmon at The New York Times pointed out this weekend, the push for GMOs has a different urgency in the developing world:

Not owned by any company, Golden Rice is being developed by a nonprofit group called the International Rice Research Institute with the aim of providing a new source of vitamin A to people both in the Philippines, where most households get most of their calories from rice, and eventually in many other places in a world where rice is eaten every day by half the population. Lack of the vital nutrient causes blindness in a quarter-million to a half-million children each year. It affects millions of people in Asia and Africa and so weakens the immune system that some two million die each year of diseases they would otherwise survive.

Even so, what prompted Harmon's article is a protest that took place a few weeks back, in which farmers and activists in the Philippines tore up a test field of Golden Rice. Michael D. Purugganan, a professor of genomics and biology and the dean for science at New York University, told Harmon that much of this suspicion arises from misinformation. A distrust of technology, he suggests, belies a lack of understanding of what goes into GMOs: “The genes they inserted to make the vitamin are not some weird manufactured material but are also found in squash, carrots and melons.”

If the rice gains the Philippine government’s approval, it will cost no more than other rice for poor farmers, who will be free to save seeds and replant them, Dr. Barry [the Golden Rice project leader at the International Rice Research Institute] said. It has no known allergens or toxins, and the new proteins produced by the rice have been shown to break down quickly in simulated gastric fluid, as required by World Health Organization guidelines. A mouse feeding study is under way in a laboratory in the United States. The potential that the Golden Rice would cross-pollinate with other varieties, sometimes called “genetic contamination,” has been studied and found to be limited, because rice is typically self-pollinated. And its production of beta carotene does not appear to provide a competitive advantage — or disadvantage — that could affect the survival of wild varieties with which it might mix.

But the perceived enemy might not be the science behind GMOs so much as the corporations. Harmon later tweeted out the link to an NPR story from earlier this year that calls attention to what are often seen as the mixed motives of GMO developers:

Neth Daño, who works in the Philippines for the ETC Group, an advocate on behalf of small farmers, says the main purpose of genetically modifying crops has not been to help people; it's been driven by profit.

"A handful of corporations in developing countries has reaped billions in profits selling genetically modified seeds and proprietary herbicides," she says. Yet those companies have always claimed that this technology would benefit the poor. "The poor have always been at the center of each and every assertion about the importance of genetically modified organisms to mankind."

The angry reactions in the Times' comments section reflect that cynicism. The top reader-recommend comment reads: "Sorry, GMO technology is completely tied in with who is making it and Monsanto is not to be trusted with the world's food supply. They have at every opportunity showed themselves to be untrustworthy, utterly ruthless and absolutely focused on controlling basic foodstuffs."  In circles where Monsanto is a dirty word, even the involvement of non-profits like the Bill and Melinda Gates Foundation, which is supporting the Golden Rice testing, may not be enough to quell suspicions of ulterior motives.