Yosemite fire grows to the size of Chicago 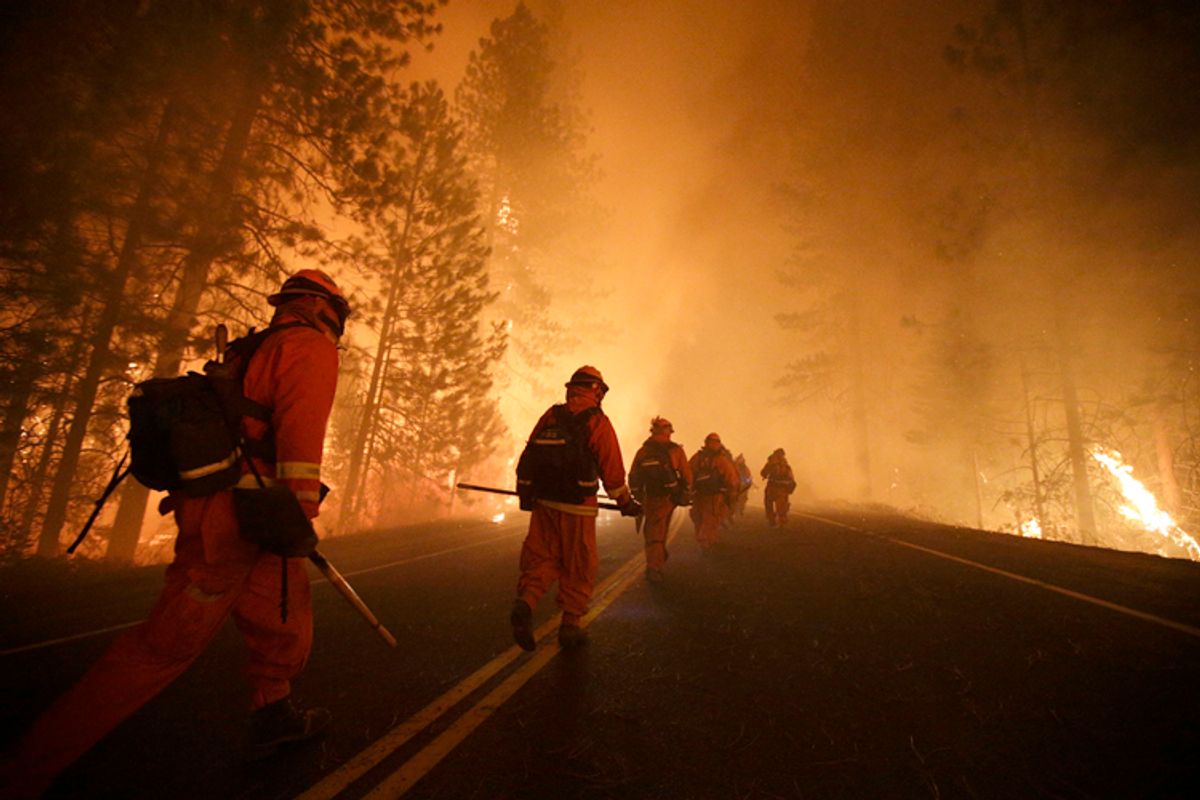 Update 2:15 EDT: San Francisco water authorities are attempting to fill the area's reservoirs with as much water as possible before ash taints their supply. According to the Associated Press, the city estimates its supply can last for six months before they'd need to begin filtering new water.

A 144,000 acre wildfire continues to ravage Northern California. More than 3,400 firefighters spent the weekend fighting the blaze, which remains only 7 percent contained.

The so-called Rim Fire first began on Aug. 17, but the extremely hot and dry conditions have caused it to become one of the largest wildfires in California's history, and a new peak of what's already been a destructive season for the Western United States.  While at least 12,000 acres of northwest Yosemite have been destroyed, a spokewoman for the U.S. Fire Service told CNN, there's been little impact on the more popular tourist areas. A more pressing concern, the Associated Press reports, may be the mountain communities north of the park, dried out from two years of drought and to which the fire is quickly approaching. So far, there have been no deaths or injuries and only minimal property damage; the focus right now is on protecting the state's natural and energy resources:

Despite ash falling like snowflakes on the reservoir and a thick haze of smoke limiting visibility to 100 feet, the quality of the water piped to the city 150 miles away is still good, say officials with the San Francisco Public Utilities Commission.

The city's hydroelectric power generated by the system has been interrupted by the fire, forcing the utility to spend $600,000 buying power on the open market.

Park employees are continuing their efforts to protect two groves of giant sequoias that are unique the region by cutting brush and setting sprinklers, Medena said.

The blaze consumed an extra 9,000 acres yesterday, after which it slowed. Officials remain worried, though, that strong winds could take it in unpredictable directions, putting the firefighters on the ground at greater risk. As a spokesperson for the U.S. Forest Service told CNN: "The park is a national treasure, so no matter what it takes, we're going to do everything in our power to protect that park."