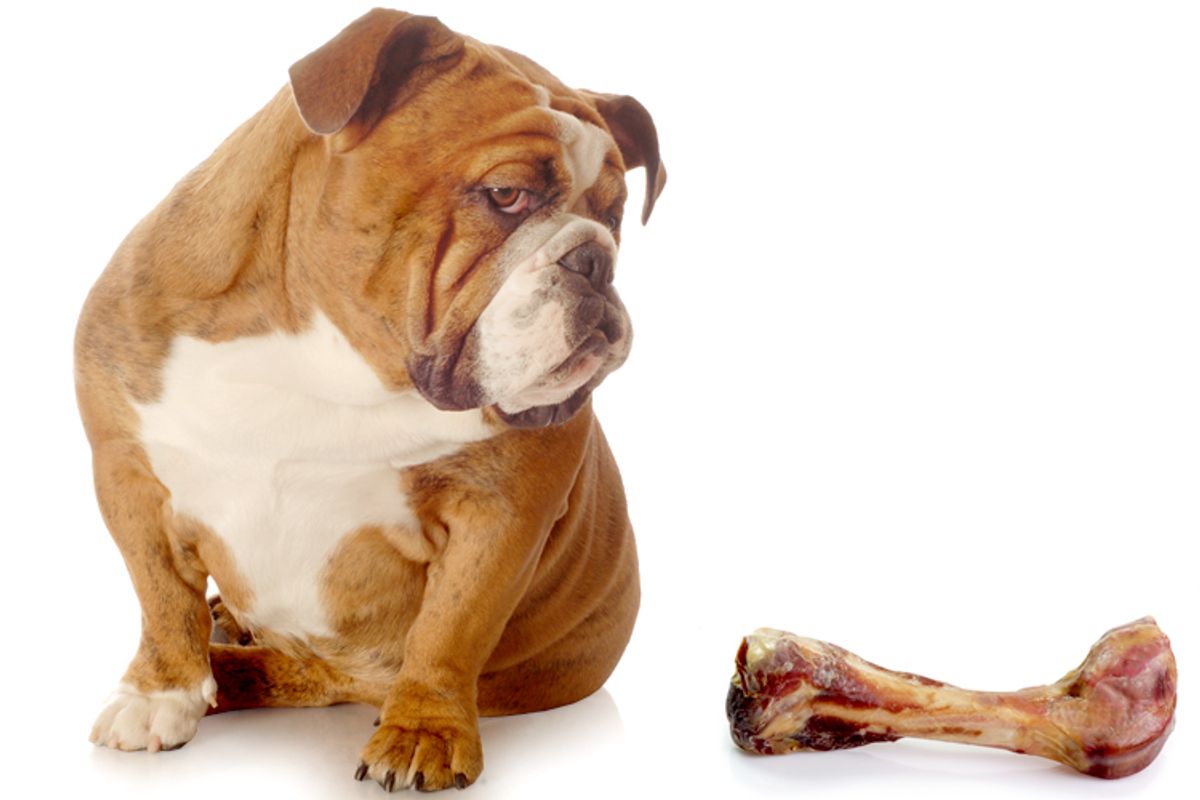 Much of the media spent Monday celebrating Women's Equality Day. Sure, that's important and all, but they failed to observe another holiday that truly represents the voiceless and powerless underdogs of society: National Dog Day. Luckily, one news channel had the decency and courage to prioritize the canine appreciation day over the celebration of women’s equality: Fox News.  The channel did not mention Women’s Equality Day, but "Fox & Friends" celebrated NDD by showing dog photos sent in by viewers and the host. Anna Kooiman then described co-host Brian Kilmeade’s dog as rude and recalled when he (the dog, not Kilmeade) urinated on the set of the show. Kilmeade denied the allegation. The “furry friends” segment was so serious, that to segue into the next one, Kilmeade said, “On a lighter note ...” Let's compare a few key facts about the two days, shall we?

Will National Dog Day ever become as popular as Women's Equality Day? Only time will tell. But, for now, Fox News can dream!

* To be fair, the goals of the National Dog Day are noble. The holiday’s website encourages adoption and draws attention to dog abuse and euthanasia. Most celebrations of the holiday -- including the one done by Fox & Friends -- however, omit this aspect, and focus purely on how cute dogs are.

Correction: An earlier version of this post misstated the name of one of the Fox & Friends hosts. The host was Anna Kooiman.