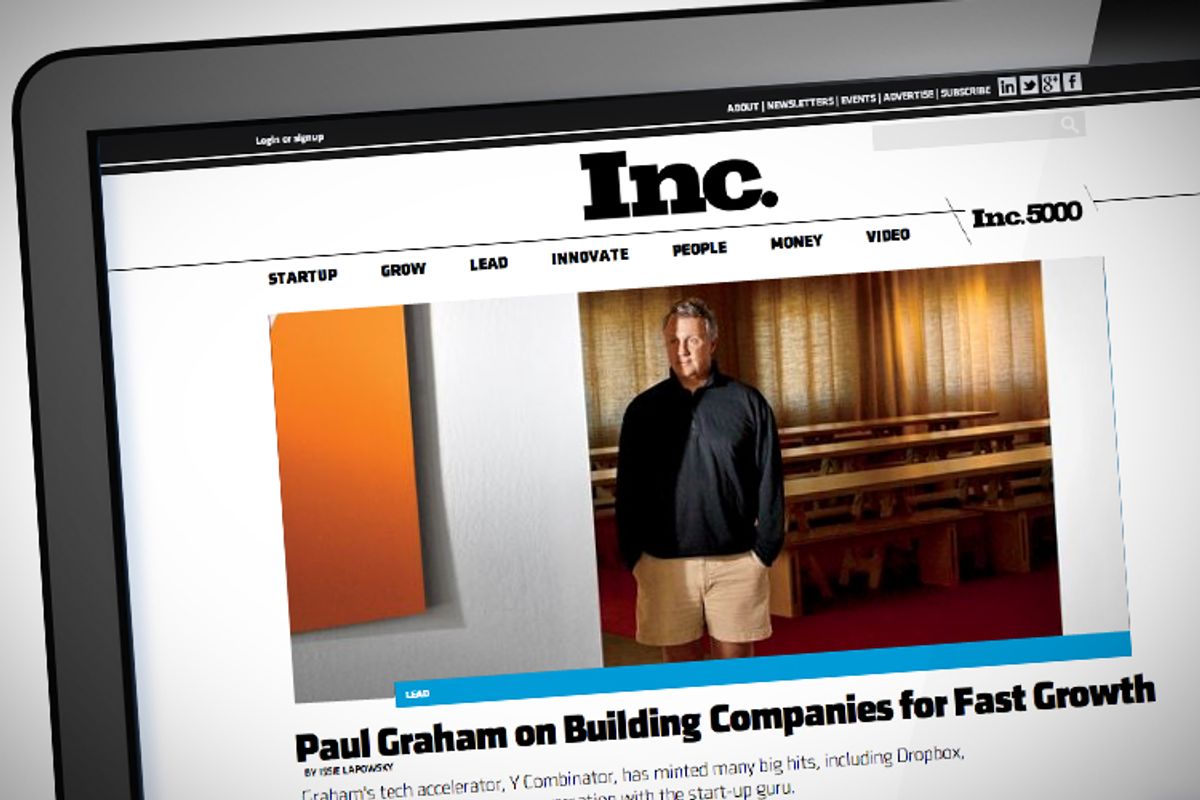 Paul Graham, the angel investor who created the high profile Silicon Valley tech accelerator Y Combinator, sparked an angry brushfire on the Internet Tuesday after comments he made on the undesirability of "foreign accents" for startup CEOs were published in Inc. magazine.

“One quality that’s a really bad indication is a CEO with a strong foreign accent. I’m not sure why. It could be that there are a bunch of subtle things entrepreneurs have to communicate and can’t if you have a strong accent. Or, it could be that anyone with half a brain would realize you’re going to be more successful if you speak idiomatic English, so they must just be clueless if they haven’t gotten rid of their strong accent. I just know it’s a strong pattern we’ve seen.”

As the Twitter backlash accelerated, Graham modulated his comments to emphasize that he was talking about incomprehensibility rather than just foreignness: "And I am talking about failure to communicate here. I don't mean strong accents in the sense that it's clear that someone comes from another country. I'm talking about accents so strong that you have to interrupt the conversation to ask what they just said."

But it was too late. The damage was done. By mid-day, Paul Graham's comments were being taken as a perfect proxy for Silicon-Valley-as-an-exclusionary-white-boys-club.

But is that true? Is Silicon Valley just another old school country club dedicated to keeping the dark-skinned invaders at arms length? Paul Graham's comments sure sound icky, but my experience of reporting on the Valley has left me with the impression that even at the highest levels, the Valley is extremely racially diverse.

I wondered what Manish Vij, the CEO of the shopping app startup Arro thought of Graham's comments. In his late lamented blog Ultrabrown, Vij had always demonstrated an eloquent sensitivity to American racism. (Born in India, Vij moved to the United States when he was 5. He has no accent.)

Although Vij said that his own company had been turned down twice by Y Combinator, he expressed no animus and cautioned against interpreting Graham's comments as "prescriptive" racism. More to the point, he painted a picture of positive change in the Valley over the past few decades.

When my dad raised funding in the '80s, venture capitalists flatly demanded an Anglo CEO from him and his cofounder, who was Armenian-American, looked white and had an American accent. In those days, ambitious Indian immigrants had to start companies because they couldn't get promoted. But this year I've been in VC pitch meetings where every person on both sides was of Indian or East Asian descent, with and without foreign accents, and it's completely unremarkable.

Melting pot, thy name is Silicon Valley? (Just don't be a woman.)