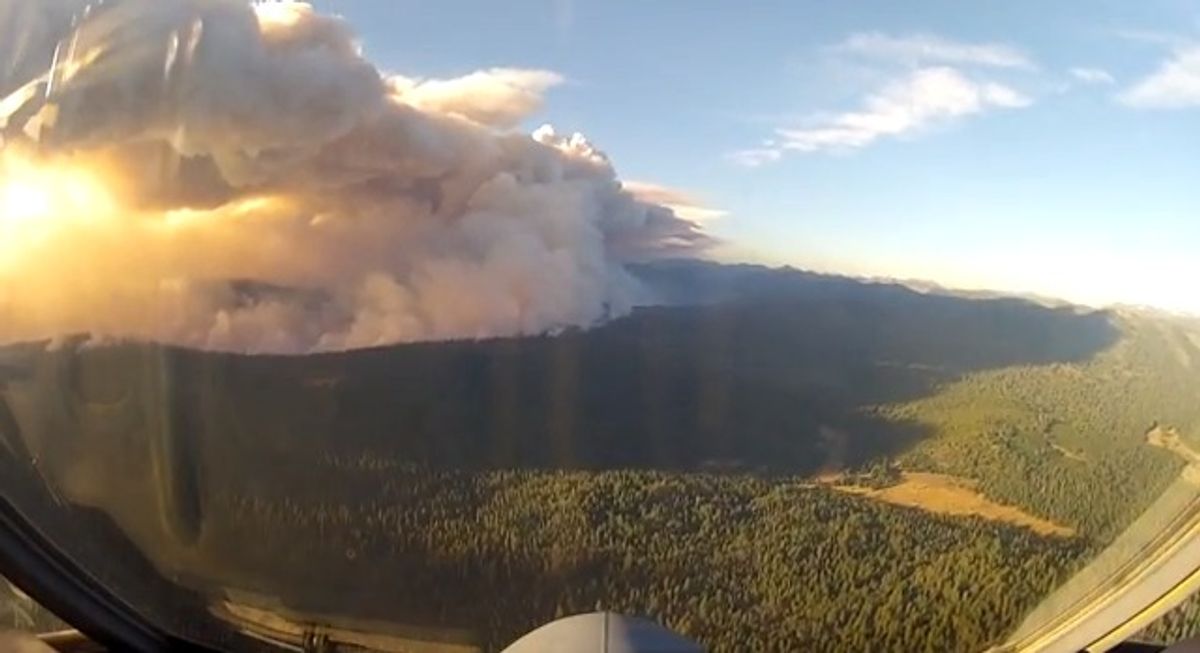 The California National Air Guard has five aircraft equipped with Modular Airborne Firefighting Systems deployed throughout the Western U.S., aiding the ground crews attempting to contain the wildfires raging throughout the region.

The pilots are flying low and close over the Rim Fire near Yosemite. KQED's Bay Area News Blog posted this video taken from the nose of one of the planes last Thursday; by yesterday, the blaze had devoured over 160,000 acres:

By late last night, Reuters was continuing to report that the fire was threatening San Francisco's main water reservoir. Around the same time, however, the Associated Press was reporting that crews were gaining ground over the blaze, and that officials were optimistic that there would be no water or power disruptions. Both agree that the fire, which was 20 percent contained by late Monday, is continuing to grow and make its way further into Yosemite National Park.