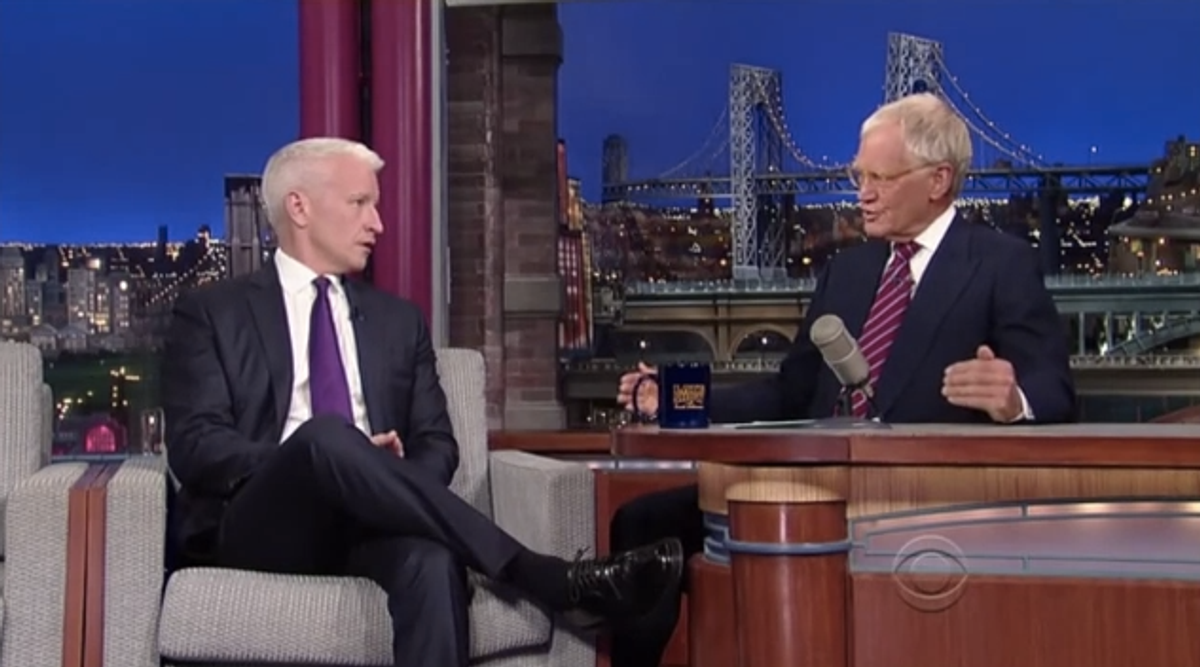 Taking a break from twerking, Anderson Cooper appeared on "The Late Show" on Wednesday night to explain the situation in Syria to David Letterman. The U.S. is debating intervention options after Secretary of State John Kerry this week announced that the Syrian regime used chemical weapons against its own people last week. "This seems to be the second time the regime has used chemical weapons. The regime says they haven't, but this is the biggest use of chemical weapons since Saddam Hussein gassed the Kurds," Cooper explained. For those confused about Syria or the U.S.'s involvement, Cooper gives a good refresher: