The 5 factors fueling the Rim Fire

How did the biggest fire in the Sierra's recorded history get that way? 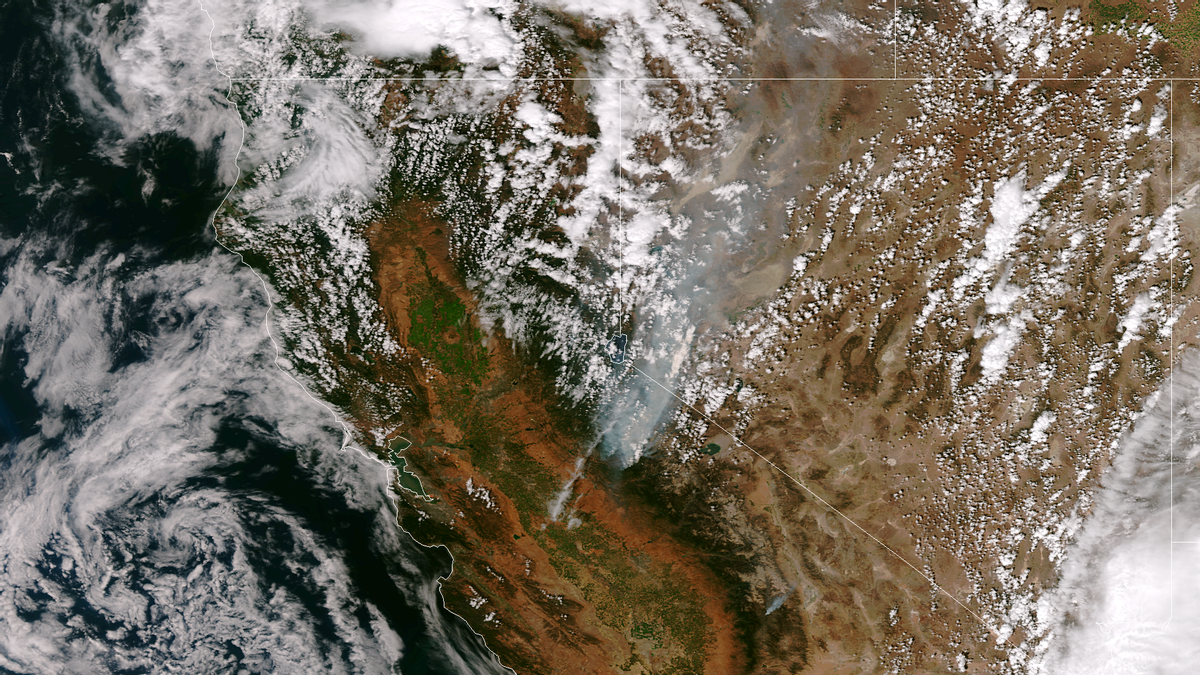 The biggest wildfire on record for the Sierra Nevada, the California Rim Fire has held steady at about 20 percent containment, optimistic news for a blaze that had ravaged 288 square miles as of late Tuesday night.

The blaze was first discovered on Aug. 17, when it had only consumed 40 acres. But according to the Associated Press, there was no chance of stopping it in its infancy: "It exploded to 10,000 acres 36 hours later, then to 54,000 acres and 105,620 acres within the next two days. On its 11th day, it had surpassed 179,400 acres, becoming the seventh-largest California wildfire in records dating to 1932."

A perfect storm of conditions, many attributable to climate change and human activity, helped it explode:

2013 has been the driest year on record for the state of California, which received only 4.58 inches of precipitation in the first half of the year -- that's 10 inches below average. As Andrew Freedman explains at Climate Central, a wetter-than-average July wasn't nearly enough to make up for this. Naturally, very dry vegetation makes for ideal kindling, helping to explain the fire's exponential growth. "The situation is extremely crispy and dry," a NASA climatologist told the L.A. Times back in June. "That equals incendiary."

The dry winter melted into a premature spring. Snowpack in the Sierra Nevada, which in some places were at near record lows, got a head start on melting. The heat of summer, including a major heat wave, only intensified the record-dry conditions. Increasing temperatures throughout the year, said Anthony Westerling, a climate scientist at the University of California at Merced, means even more evaporation. According to Climate Central, years with warmer springs, hotter summers and reduced snowpack tend to have the most fires.

3. Aggressive firefighting in the past

"A century's worth of fuel" was left in the Rim Fire's path, federal forest ecologists told the Associated Press. Beginning around the 1900s, forest managers suppressed smaller, natural fires, which are able to clear brush while moving quickly enough to avoid killing trees. Partially as a result of this, the "megafires" we see today are a different beast entirely, and far more destructive. "California's mountain flora is designed to burn and even flourish and regenerate healthier after a fast-moving fire," the AP explains. "Instead, the Rim Fire is killing everything in its path."

This policy has been rethought since the late 1980s, to promising effect: Only when the Rim Fire hit areas that had been allowed to burn over the past 20 years, one ecologist explained, did it show signs of slowing.

The cause of the Rim Fire is currently unknown. It well could have been set ablaze by lightning, but human activity can't be ruled out, either. As sprawl pushes more people into forest areas, research ecologist Craig Allen explained in June, the odds of wildfires increase. The historic policy of suppressing forest fires, moreover, was undertaken to protect the people living in those areas. And growing populations, of course, figure into the calculation of damages: So far, at least 31 homes have been lost and 4,500 structures are threatened. The more we build in these vulnerable areas, the more we stand to lose.

The U.S. Forest Service rain out of firefighting funds in early August, before the Rim Fire even ignited. Budget cuts, mainly due to sequestration, left them down 500 firefighters, 50 fire trucks and two planes, according to Bill Dougan, president of the National Federation of Federal Employees. Limited resources also reduced their ability to pre-treat forest areas, Dougan told Government Executive, leaving plenty of brush for the fire to blaze through.

The Los Angeles Times editorial board penned an Op-Ed yesterday calling attention to "the folly of sequestration" that's left a basic public safety service underfunded. "This isn't a sane fire policy for an era of climate change," they wrote.