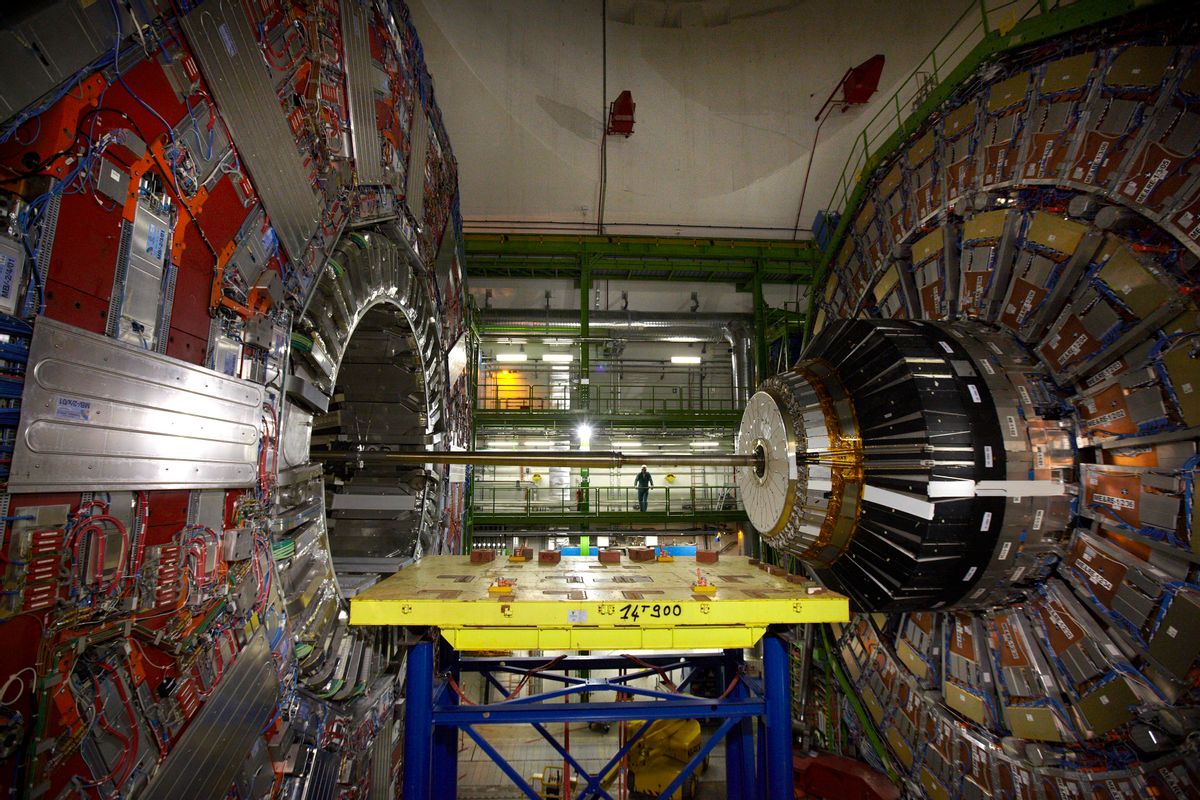 Six brave scientists who work with the Large Hadron Collider, considered to be among the most impressive scientific accomplishments of mankind, are going to attempt to bring attention to their work through humor. The Guardian reports that the CERN laboratory in Switzerland will host its first stand-up comedy night on Friday, broadcast to audiences via a live webcast.

"The use of standup comedy allows scientists to engage with audiences that may not attend the usual lectures and exhibitions and helps bring cutting-edge science more into the mainstream spotlight," said particle physicist Sam Gregson, who helped organize the event. "It also helps to break down the negative stereotypes that may go along with working in cutting-edge science."

As part of Cern After Dark, which is supported by Cern and the British Council, Gregson, a Bright Club regular, will perform alongside five of his colleagues and a number of comedians. Helen Keen of Radio 4's It Is Rocket Science will front the evening, with Jonny Berliner, Pierre Novellie and Lieven Scheire all joining the roster. The scientists will attempt to explain their own research in their routines.

"My advice to all scientists is to attempt a science comedy set based on their work. Trust me – if you can make people laugh at the same time as informing them, no other piece of scientific outreach or public-speaking engagement need hold any fear for you," said Gregson, adding that he hopes to become "the next Brian Cox".

Consider yourself doubly warned: Interspersed with the nerd humor, there will be "adult material" as well.