Nearly a fifth of scientists are considering abandoning the U.S.

Yep, the research funding climate is that bad 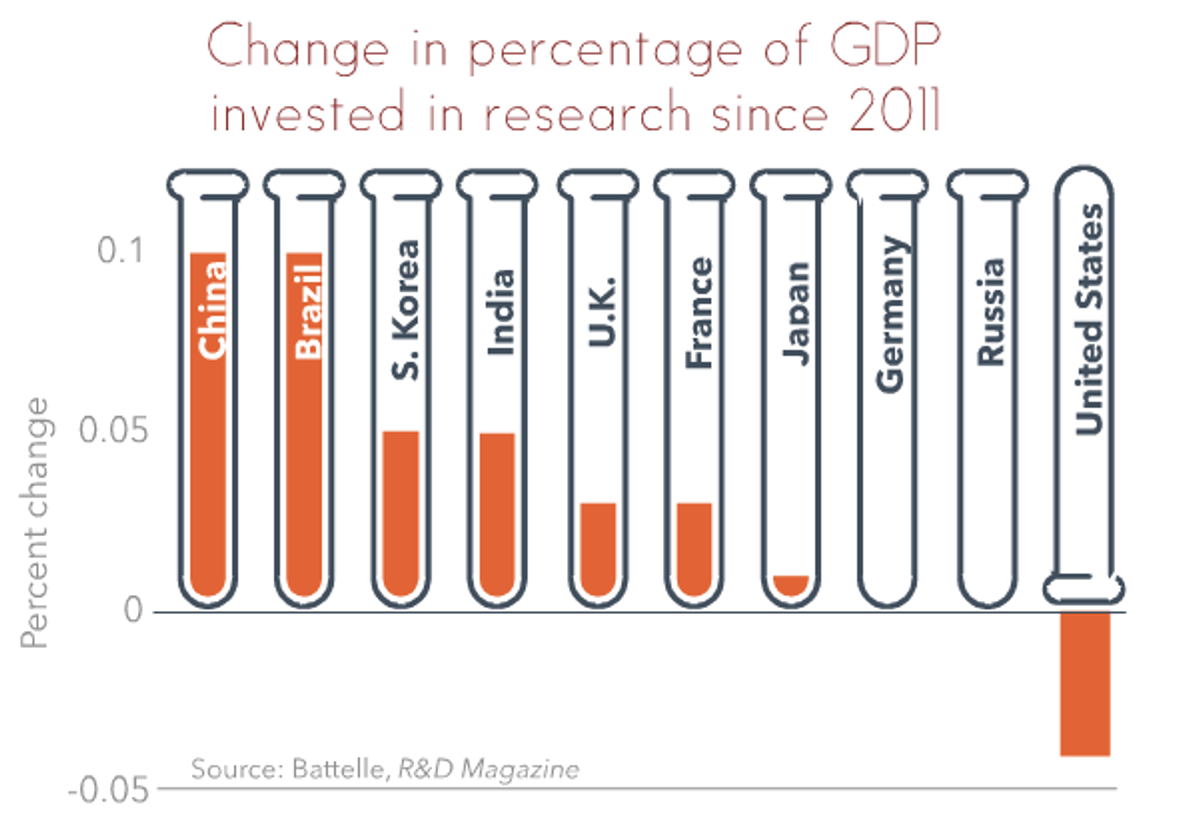 At a time when the U.S. arguably needs its scientists more than ever, federal research funding is way down. According to data collected by a coalition of top scientific and medical research groups, the majority are spending more time writing grants for less payoff than just three years ago. Nearly 20 percent report they're considering more supportive climes overseas. From The Huffington Post:

More than 3,700 scientists from all 50 states participated in the study, offering online responses in June and July 2013. They offered sobering assessments of the state of their profession. Eighty percent said they were spending more of their time writing grants now than in 2010, while 67 percent said they were receiving less grant money now than they were back then. Only two percent of respondents said they had received money from their employers -- predominantly academic institutions -- to make up for the loss of federal funds.

Sequestration, which cut research and development funding by $9.3 billion, is partly to blame. But according to the report, the United States' investment in R&D isn't keeping up with inflation:

Here's how the reduction in funding since 2004 breaks down once inflation is factored in: The full, depressing report, along with testimonials from disgruntled scientists, is over at The Huffington Post.