"The grittiness of New York and its diversity is at risk"

The director of a documentary on Koch era critiques the new New York: "A place you have to be affluent to live" 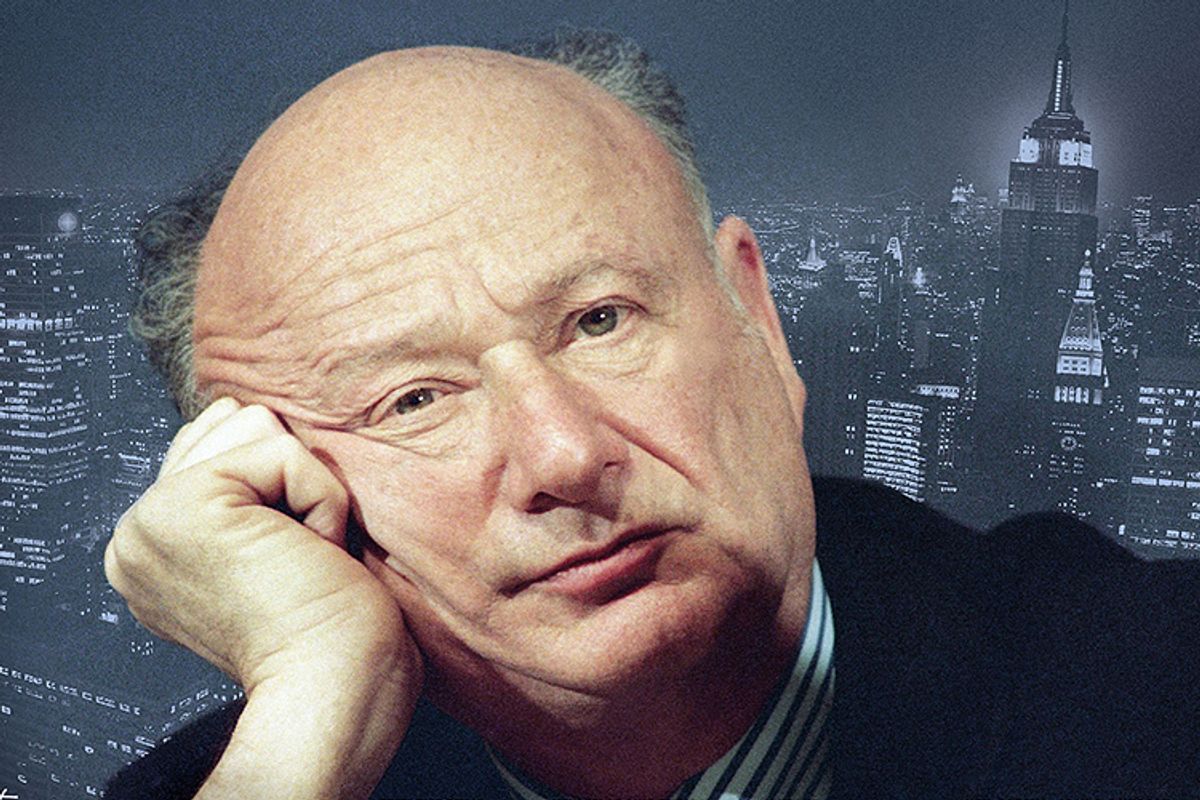 In the film "Koch," released earlier this year and newly available on DVD this week, a New York mayor leaves office with the city dramatically changed, to be replaced by a significantly less intriguing successor.

It could have been made, with some slight adjustments, about this year.

As the dynamic and -- particularly in recent years -- divisive Michael Bloomberg prepares to leave office with the race to succeed him very much in flux, the story of Ed Koch is illustrative. So says Neil Barsky, the director of "Koch" as well as the short film "Witnesses USA," about regular New Yorkers getting by in a much grittier era. (An exclusive clip is below.) While Koch lost his popularity due in large part to the public's exhaustion with his inability to bring the city together, Bloomberg's policies, said Barsky, have been the issue. "It's one thing to take the city out of the doldrums. It's another to make it a place you have to be affluent to live."

As the film shows, Barsky believes Ed Koch was the figure who helped bring New York out of a years-long budget crisis, allowing later mayors to focus on cleaning up Times Square or ban smoking in bars. He spoke to Salon about the current mayoral race, why candidates seem so much less colorful today than in the '70s, and why he misses the old Times Square.

Do you think, on balance, Ed Koch was good for New York?

One of the reasons for doing the film is that, outside of New York, people think Rudy Giuliani saved New York. I think that the 1970s and '80s were such a critical turning point in New York's history. It could have gone a number of ways. Notwithstanding the issues he had, the seeds of change were planted by him. It took many years to realize what was going on; in 1989, when he left office, the city was a mess.

If you look at the short film, these people's lives could only have existed then. A graffiti artist, a sex worker. Those were in many ways magical, in many ways horrible, times. That's the New York Ed Koch inherited. He inherited a city whose morale had been destroyed by decades of decline. New York was a joke on the "Johnny Carson" show. I don't want to say he was a pied piper of brilliance but he had the ability to convince people there was an inherent greatness to New York.

A lot of people say they miss the "grittier," old Times Square.

I miss the old Times Square too. But it's not there for me, it's there for tourists. It was an economic necessity to reclaim that area. I was pretty scared for Times Square; I can't claim I was hanging out there -- but it had charm and magic. Personally, I can see why people don't like Times Square. But for the long-term benefit of the city, you can see it took back the city, and the profits generated were billions a year. The connection between rebuilding the South Bronx and rebuilding Times Square -- you couldn't have one without the other. The city needed the money Times Square generated.

How does Bloomberg's New York, as he prepares to leave office in 2013, resemble Koch's New York when he left office in 1989?

It's very different. Back then the city was a racially divided city still, the tensions were much higher, there was no confidence the city would reclaim its place at the forefront of international cities. They were relieved to elect an African-American mayor [Koch's successor, David Dinkins] to calm tensions. Bloomberg had a calming effect on city -- but polarizing too. Koch was on the street, pumping the flesh. I think now -- it's hard to generalize -- but it seems we've had too much of a good thing. It's one thing to take the city out of the doldrums. It's another to make it a place you have to be affluent to live. The grittiness of New York and its diversity is at risk. It might be inevitable. If you're a city, trying to grow, trying to keep jobs, there's going to be fallout, and it's the mayor's job to balance all that. Koch -- three terms is a lot. It's hard to stay popular, as Bloomberg is seeing.

Why -- with the exception recently of Dinkins -- does the mayor always seem to have a colossal personality?

New York has the highest media concentration of anywhere in the world; it tends to breed a lot of colorful personalities. But do you think Bloomberg is colorful? If you didn't know he was the richest personality in the country, and just observed him, would you think he was colorful? Bloomberg became larger than life because of his positions -- it's the biggest stage in the world. Dinkins was only there for four years, he was dealt a bad hand and he made mistakes, but he did not have a larger-than-life personality. He was quite retiring. I can't think of a New York mayor that's gone on to a higher job [in politics]; Koch ran for governor in 1982 and lost.

Which of the candidates is most Koch-like?

Many of them have been trying to claim the mantle of Koch. Christine Quinn's campaign has been trying to get the video of Koch's endorsement, which he made before he died. In our DVD there's a Q&A with Koch where he says he endorses Quinn. But at the risk of sounding nostalgic -- the candidates are less colorful than Koch, Mario Cuomo, Bella Abzug and anyone else who ran for mayor in 1977. That was an amazing summer for New York personalities. I was 19. There was the blackout, the Summer of Sam, the Yankees -- it was really something. It was also very depressing, if you were a New Yorker, for the future of the city. People think history is inevitable. It's not. If any of the other people had been elected, it could have gone any number of paths.

Do you think we need a charismatic or polarizing mayor less now that the city is on a more even keel?

Giuliani was less polarizing than Koch, then followed by Bloomberg, the least histrionic mayor in memory. Does the mayor follow the city or the city follow the mayor? We're in a safe period, and by coincidence, the mayor is calming. Bloomberg's greatest contribution might be lowering the tension of this crazy city. Every crime does not escalate into a city-wide trauma like it did it the past. Koch did not know how to calm the waters.