LGBTQ activism has achieved so much in recent years. So why is hate against trans people still so tolerated? 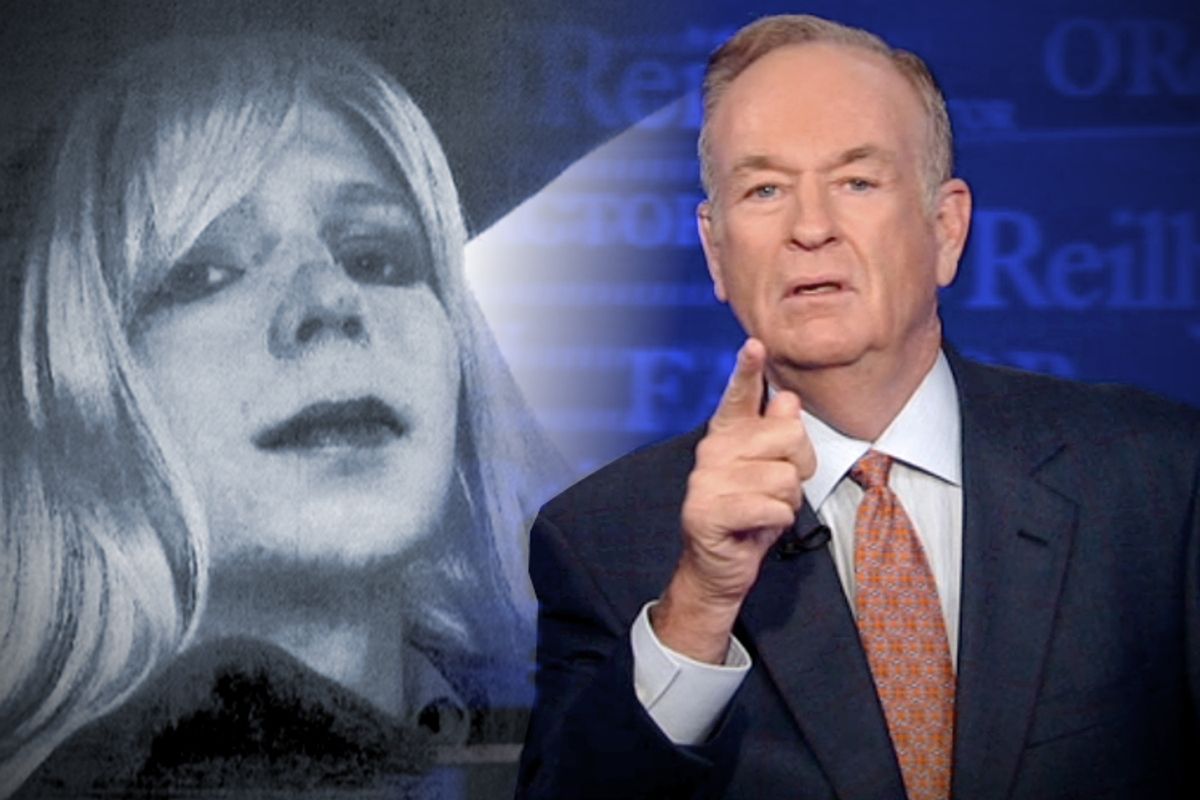 Earlier this month, less than 24 hours after California Assemblyman Tim Donnelly announced that he would be pulling his child out of public school in response to a law guaranteeing transgender students the right to safely use the bathroom, Islan Nettles, a 21-year-old fashion marketing student and transgender woman, was brutally beaten outside a police precinct in New York City.

Nettles remained in a coma later that week, while a majority of mainstream news outlets reacted to Chelsea Manning’s public statement about her gender identity by repeatedly using her former name and masculine pronouns to report on her transition.

It was Aug. 22, the same day that Mansfield Frazier blithely announced on the pages of the Daily Beast that transgender people are treated “like royalty” while incarcerated, that Nettles’ family took her off life support.

And on Aug. 27, while hundreds of mourners prepared to gather for a vigil in Nettles' honor, "Fox and Friends" opened a segment on Manning with Aerosmith's "Dude Looks Like a Lady."

These are not unrelated events. Our culture’s ignorance about transgender rights isn’t just a matter of semantics, media bluster or political fault lines; popular narratives that dehumanize the lives and experiences of trans people take a heavy human toll -- and come with a body count.

"They were called faggots, they were called he-shes, she-males, things of that nature," Nettles' mother, Dolores, told WABC of the assault, in which a 20-year-old man violently attacked Nettles after learning she was transgender.

Nettles' story is made more tragic by how common such violence is in the United States.

According to the National Coalition of Anti-Violence Programs, 53 percent of victims of anti-LGBTQ homicides in 2012 were transgender women, and, overwhelmingly, transgender women of color. Research from the National Center for Transgender Equality reveals that 61 percent of trans-identified students surveyed reported experiencing abuse while at school; they were also 25 times more likely than the national average to attempt suicide.

The numbers should be impossible to ignore. And yet, we do ignore them.

“These are the stories that are not being reported,” Mark Snyder of the Transgender Law Center, a California-based advocacy group, tells Salon. “Every day I receive emails and phone calls from the families of transgender people who have been brutally assaulted or murdered."

Beyond the risk of bodily harm, transgender people in the United States are also four times as likely to have a household income under $10,000 -- and twice as likely to be unemployed -- than other Americans, as researchers at the Williams Institute recently found. Ninety percent of those interviewed reported experiencing harassment or discrimination on the job, and nearly one in five were homeless at some point in their lives.

Mainstream news outlets rarely cover this kind of discrimination, opting instead, when broaching LGBTQ issues at all, to focus exclusively on marriage equality and gays and lesbians in the military.

When transgender issues are covered, it's often with unconcealed hostility. On Fox News, Bill O’Reilly called California’s anti-discrimination law the “biggest con in the world” and proceeded to equate all transgender youth with would-be sexual predators. (Before boasting that he would use such a law to spy on teenage girls in high school locker rooms.)

That same week, CNN hosted the leader of a noted hate group to serve as an “expert” on a panel discussing the same law. After calling the legislation "sexual indoctrination," Randy Thomasson, president of California-based anti-LGBTQ rights group Save California, closed out the segment by insulting his co-panelist, Masen Davis, the executive director of the Transgender Law Center and a transgender man, telling Davis and host Brooke Baldwin, "Hey, good to talk to you ladies."

The fact that Bill O'Reilly or an avowed transphobe like Thomasson would come out on this side of the issue comes as little surprise, but what should be more startling is how such willful ignorance and transparent bigotry are accepted as legitimate commentary. How CNN’s decision to pair Davis with Thomasson on a segment in the service of “balance” creates a false equivalency between their views. For Davis, the idea that transgender people are entitled to dignity, rights and personal safety. For Thomasson, that they are not.

Vitriol and misinformation passed off as neutral commentary aren't harmless; they hurt people. Particularly transgender youth, as Mara Keisling, executive director of the National Center for Transgender Equality, tells Salon. "For a teenager who is struggling with not fitting in, and they happen to watch someone on television spewing hate -- it makes kids feel less than whole and less than welcome," Keisling says. "Anything someone like Bill O'Reilly is doing to make parents question whether they should support their own kids is just criminal."

"In the big picture," Keisling is quick to add, "folks like that are going to blow away like so much dust. But in the short term, it really hurts real people."

Thanks to decades of trans activism, there is, of course, a persistent corrective occurring. As outlets from Reuters to CNN misgendered Manning last week, transgender rights advocates forcefully pushed back, filing complaints to editorial boards and keeping the issue in the news for days after Manning’s announcement. It was perhaps the most visible conversation the American media has had on gender identity to date. And as a result of this advocacy, the Associated Press and the New York Times have updated their style books to ensure that gender identity is accurately reflected in their reporting. The "Today" show is covering access to hormone-related medical care for transgender people who are incarcerated. The conversation about the military's ongoing ban on trans service members has been opened back up. And Laverne Cox, a transgender woman, is currently starring in "Orange Is the New Black," the successful Netflix series.

Advocates say that five to 10 years ago, these gains would've seemed impossible.

"The trans rights movement has been so lightning fast if you look at other examples from history," Keisling says. "For those who are suffering, it does not feel that way, but what has happened in the last 15 years is astounding from a historical perspective."

But there is much more to be done, says Cecilia Chung, a health commissioner and former chair of the San Francisco Human Rights Commission. "In order for us to move forward as a society, we really need to drop these fear tactics," Chung tells Salon. "We need to stop talking about the transgender community as if we are animals and start talking about us as human beings."

"We need to keep talking about these issues, whether it's about Chelsea Manning or Islan Nettles," Chung adds. "The more that the media presents a balanced portrayal of our community, the more people will see that we are all part of the American tapestry. We come in all shapes and sizes."

While it may seem unlikely to reach the hosts of "Fox and Friends" with basic facts about transgender people, it's a pretty low bar to overcome. Honest and accurate reporting about transgender rights shouldn't be too much to ask for -- especially when there are real lives at stake.