Does Russ George deserve a Nobel Prize or a prison sentence? 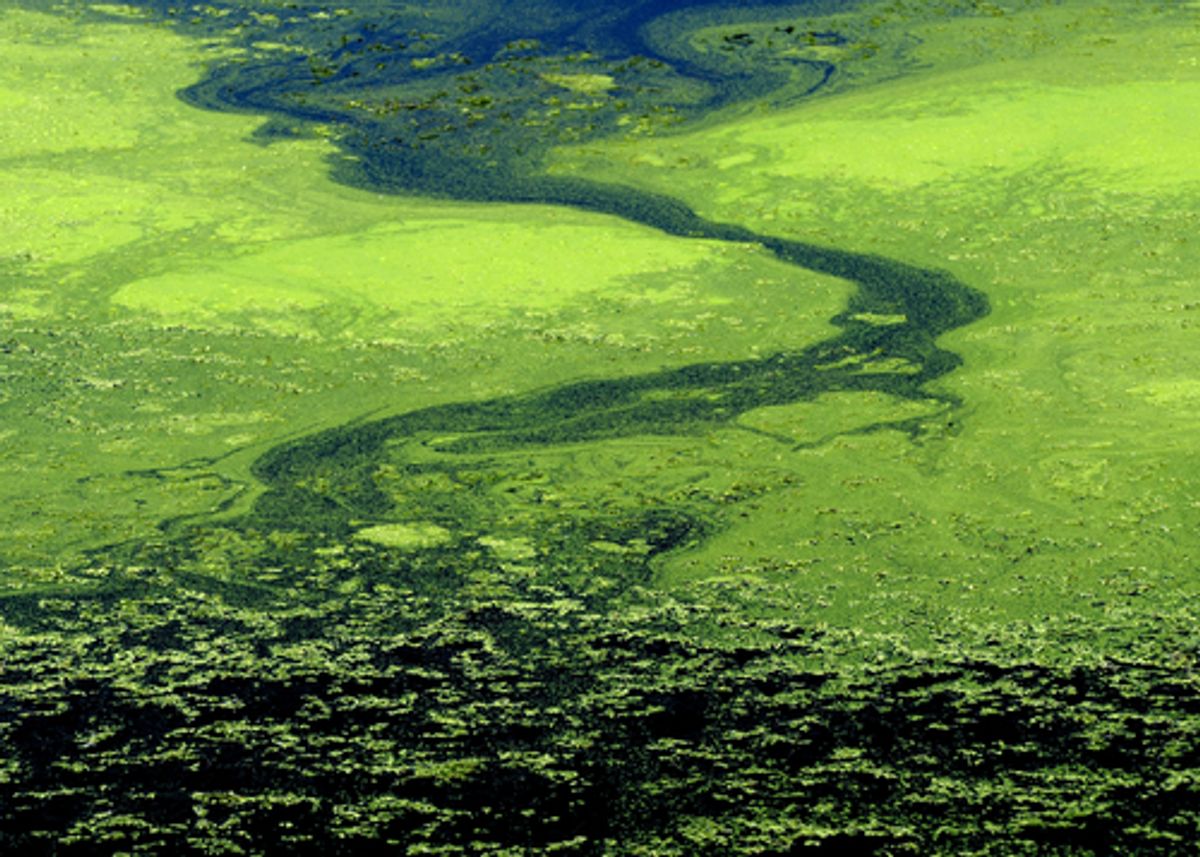 A group dumped iron into the Pacific Ocean in the hope that it would create algae blooms, which can absorb carbon from the atompshere (Nagel Photography/Shutterstock)
--

UPDATE 11/4/13: The headline of this piece has been amended to remove the world "millionaire."

Last year, American businessman Russ George helped the Haida, an indigenous group in Canada, dump 100 metric tons of iron dust into the Pacific. Calling themselves the Haida Salmon Restoration Corp., they say they were trying to save the planet. Canadian officials, who donned bulletproof vests to raid the group, say they were straight-up polluting.

Geoengineering, the "deliberate and sometimes sci-fi-like interventions designed to slow climate change," is one of the strangest and, according to Reuters, most controversial efforts taking place on the ground right now. The idea was simple enough: The HSRC was hoping that the iron would promote the growth of algae, which, as it grows, absorbs carbon dioxide from the atmosphere. It would also provide fish food, helping the Haida restore their salmon stock.

The problem is how experimental this all was, and continues to be. No one knew, going in, whether dumping iron into the ocean would be effective, let alone safe:

Environment Canada, the nation's environment ministry, said the experiment was illegal under Canadian law and violated the U.N. Convention on Biological Diversity (CBD) and the London Convention, which governs dumping at sea. World leaders at a U.N. Earth Summit in Rio de Janeiro last year urged "utmost caution" in ocean fertilization due to worries that it could disrupt marine life. Many scientists remain skeptical about whether any form of geoengineering will solve climate change. Allowing research, they argue, may detract from efforts to reduce emissions from cars, power plants and factories.

To this date, it's still unclear whether it worked.

The Haida's defense is that they were just doing what volcanoes do -- the dumping was an attempt to mimic a natural process. George, meanwhile, seems to want to be an environmental hero, telling Reuters that "it is unfair that Kenyan environmentalist Wangari Maathai won a Nobel Peace Prize in 2004 for planting trees while his efforts at sea have triggered mostly vilification." On his website, George refers to himself as "Greenfinger." The New Yorker's Michael Specter, on the other hand, prefers the term "geo-vigilante" -- and he means it in a bad way. Reacting to the dump last year, he wrote:

George’s unilateral action was deplorable, premature, and violated several international laws and United Nations covenants. (Well, unilateral may be harsh. He apparently convinced the council of an indigenous village to approve the project.) There was no scientific assessment attached to the experiment, which does carry potential risks.

I may be wrong, but I am fairly certain that no village on earth should have the power to approve a project the consequences of which, for the entire planet, cannot possibly be foreseen.

The lack of regulation over geoengineering could be preventing truly transformative actions from taking place. But some of these out-there experiments could also make things worse. So far, there hasn't been much of a move toward getting unilateral agreement on what, if anything, to try.

In that respect, it's easy enough to see why people are taking things into their own hands. But they seem to have trouble understanding why their efforts aren't being celebrated. John Disney, HSRC's president, told Reuters that the criticism leveled at the group has been unfair. "It's like a doctor announces he has discovered the cure for cancer," he wrote in an email, "and the press spends 98 percent of their time reporting on the fact that the doctor is having an affair."

The analogy doesn't quite work, but it gets at the basic sentiment: They're at least trying. What are the rest of us doing?