Vegetarian-friendly tasting menus are the latest trend in fine dining 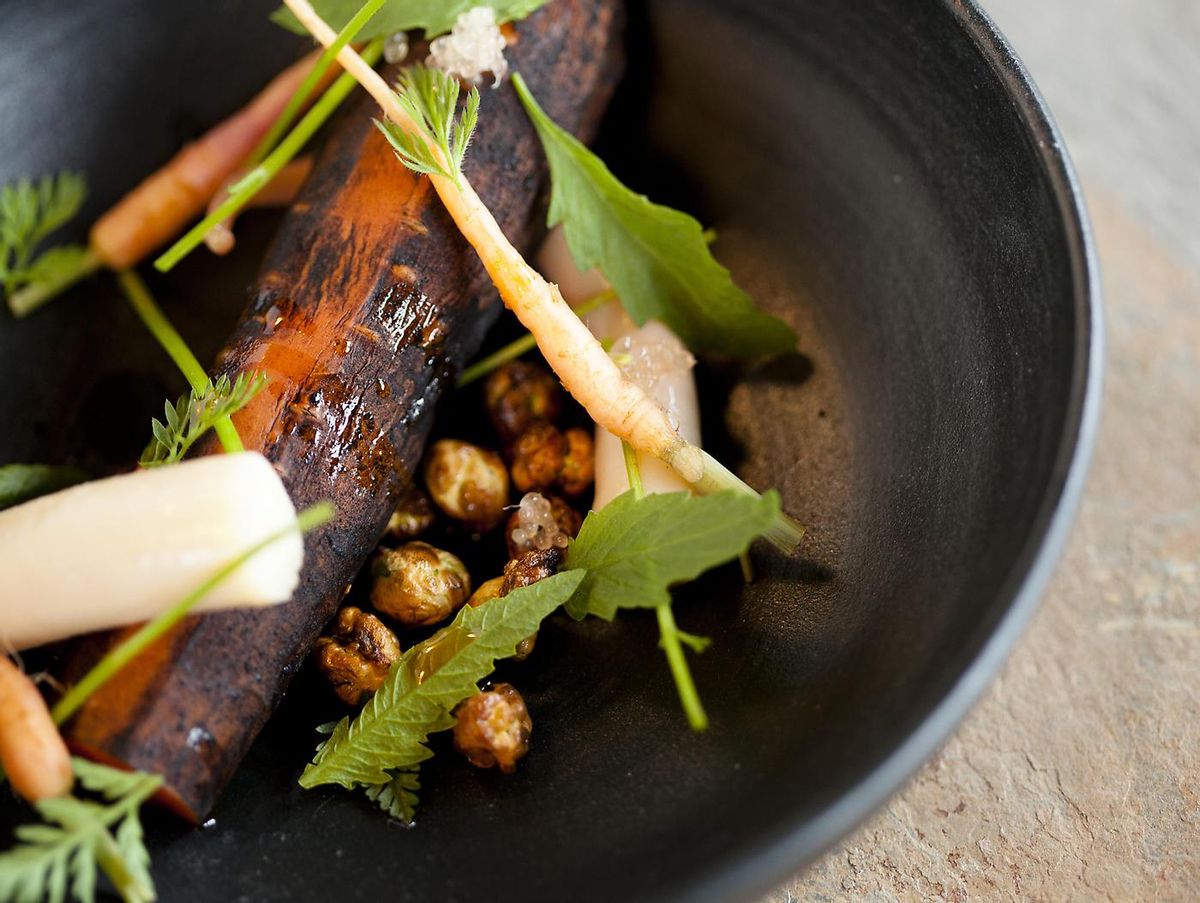 Writing for Bloomberg Pursuits Magazine, Ryan Sutton makes the case for a $2,000-plus dinner for two (including wine pairings) that features no meat, and only scant seafood protein.

"Until a few years ago, a typical nine-course tasting menu worked like this: caviar, followed by foie gras, shellfish, fish, pork, red meat, cheese, sorbet and, finally, a rich dessert," Sutton reports. We'll take his word for it. But now, he writes, many of New York and California's most expensive restaurants are shifting the focus of their menus to vegetables, which, let's face it, don't carry the same inherent value as some high-end meats.

Regardless of how you feel about spending that much for any meal, Sutton points out that it takes a certain change in mind-set to justify shelling out thousands for a dinner that's up to 80 percent veggie. Granted, these aren't your run-of-the-mill side dishes. “Luxury at this level requires a certain degree of awareness,” Christopher Kostow, the chef at the Restaurant at Meadowood, in St. Helena, says. He cooks potatoes in beeswax that, according to him, costs $100 to $200 a pound. And restaurants have close relationships with farms that allow them to source produce "cultivated at great expense and tailored to the individual needs of each restaurant."

Perhaps unsurprisingly, Americans have been late to the game in discovering luxury vegetarian cuisine:

In France, Alain Passard started bucking the fatty trend back in 2001, when he abruptly announced he’d stop serving red meat at his three-Michelin-starred L’Arpege in Paris. Diners now happily fork over 365 euros for a cornucopia of vegetables from Passard’s garden, along with some shellfish and poultry for good measure.

In the U.S., on the other hand, [Dan Barber of New York's Blue Hill at Stone Barns] says he sometimes gets pushback in response to his vegetable-heavy fare. “We do get a lot of people who feel quite ripped off at not having a traditional tasting menu,” he says. “At these prices, they’re expecting lobster, even though we’re on a farm.”

If the 1 percent can make vegetables a sought-after commodity, it shouldn't be too hard for the trend to trickle down to more affordable restaurants, or even ambitious home chefs. After all, when you remove the fancy setting, the base ingredients being served are cheap as the dirt they grow in.

Chefs And Cooks Dining Restaurants The One Percent Vegetarianism