Queen's Brian May wrote a hit song about badgers 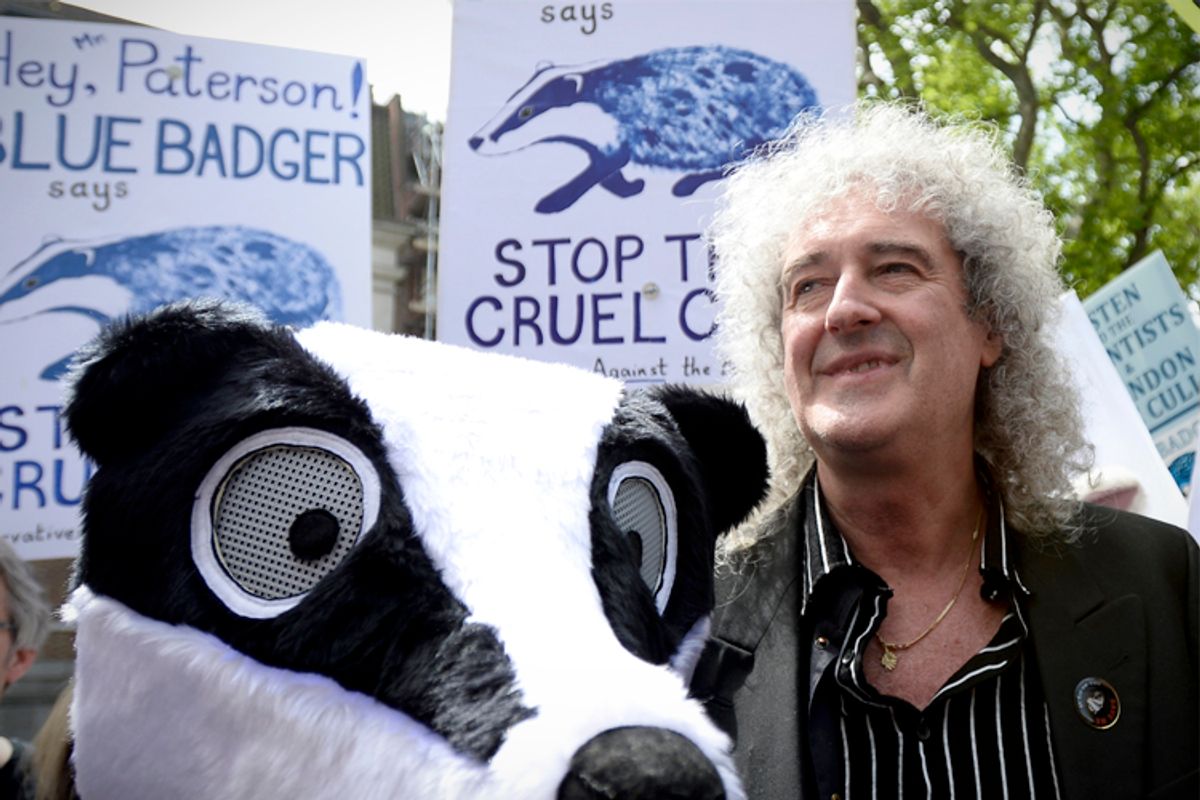 Over in the UK, controversy has erupted over the controlled shooting of 5,000 badgers in an attempt to halt the spread of bovine TB. Among those arguing that the planned measure is inhumane is Brian May, the guitarist of Queen, who turned an Internet meme into a chart-topping protest song.

The song, which May recorded with the website Weebl, features vocals by Brian Blessed -- Prince Volton from the 1980s film "Flash Gordon." "Brian May is absolutely inspirational and together we will beat the dark forces and save the badgers," Blessed told The Guardian.

As of today, "Save the Badger Badger Badger" made the top 40 in iTunes' download chart and is the store's number one rock download. What it lacks in musical sophistication, it makes up for in persistence -- the best way to keep the issue in the forefront of people's minds, the thinking seems to be, is to make sure they can't get it out of their heads: