In defense of romantic failure

I drew up a contract to make Robert promise he'd never break my heart, but instead, I got a lesson in lost love 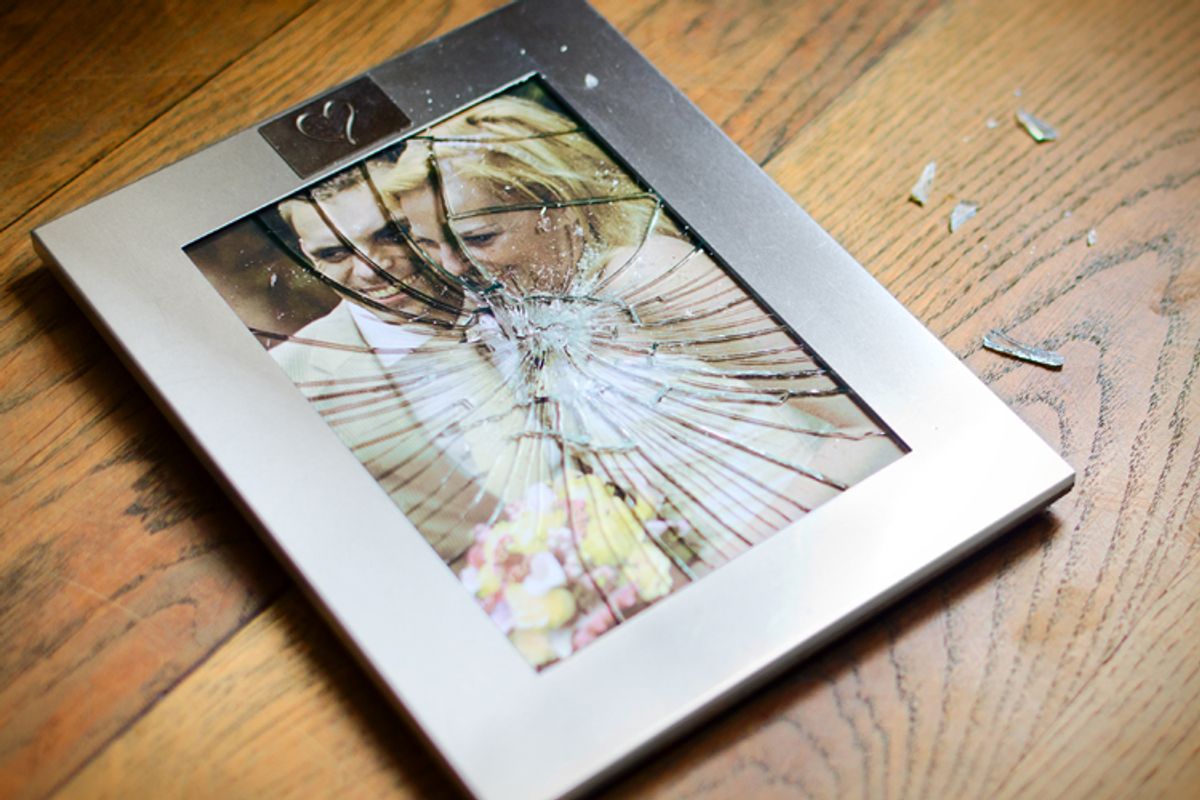 I have been writing and dating for roughly the same amount of time now: 21 years. Both pursuits involve sharing your most hidden self with another person who, in the beginning at least, is a complete unknown. It's terrifying, embarrassing and pure, gilded magic, which is why we continue to bare ourselves, even in the face of repeated disappointments.

In writing, it helps  that rejection slips are understood to be a necessary part of learning and growing; they even become a matter of pride for up-and-coming writers. And yes, it’s often the novels that didn’t get published, and the stories that became stillborn on the page, that teach us the most. But there’s no such celebration in our culture of the relationships that didn’t work out, and the lessons they teach us, maybe because the failures are that much more difficult to look back at and consider. But for me, it was an attempt to create an amulet against my past romantic disappointments that led me to finally take something out of the lessons to be learned in lost love.

On our second date, I signed a contract with a guy I’ll call Robert. It was my idea.

I had been drawn to him from our first conversation. Even in a cacophonous bar, he caught fleeting details about my writing and life that made me feel valued and seen. When he asked me out, his possible dates included references to that conversation – the Hungarian pastries I’d wanted to try because of my Hungarian heritage. When I emailed him a line from a screenplay I was writing, he found songs and poetry that elaborated on my theme. By the end of our first date, which he had planned as thoughtfully as he had wooed me, I was totally enamored. Like me, he was deeply moved by books and music, had worked to build a close-knit community of family and friends, and found solace and meaning in these things. I wanted so badly to be excited, to let go, and to fall.  But I had fallen before. At the end of the previous relationships, I had landed and been broken apart by the impact. If only I could get Robert to promise me that he wasn’t going to break my heart. It was a ridiculous idea. Or, maybe, it wasn’t.

He and I are both writers, I thought. What if I write a contract, and I allow him to amend it, and then, we both sign it and do our best to honor it?

The idea seemed totally logical. And totally crazy. I realized that how Robert saw my plan would say a lot about how he saw me. So I wrote a contract:

Writing the contract revealed something to me: As much as I wanted a vow from Robert, I was also policing my own behavior. I thought of the previous instances when I had set out on new relationships and everything that had gotten in the way of my best intentions -- my vanity, insecurity, jealousy, ambition, pride, impatience – and I felt a deep desire to do better this time.

“I think you just melted my heart a little bit,” Robert said when he read the contract. “You’re a really good writer.”

Words that, of course, melted my own heart.

Robert signed without editing a thing and suggested I print out another copy, for us both to sign, so we could each hang one on our refrigerators. I had found someone who got me, and the intention with which I was trying to live my life.

Some friends couldn’t believe I’d dared to ask Robert to sign a contract. Or that he’d agreed. Some wanted one. Or they looked at me questioningly, as if thinking back to other indications I’d given them that I was crazy.

I knew I seemed naive. We all want guarantees in life, but there are none. Dating is scary and awkward and amazing because it involves learning whether or not it’s OK to trust someone with the soft underbelly of our truest self. There’s no way to write around that risk.

But we dared to risk and began combining our worlds. Robert lent me dozens of books, joking that we would move in together when all of his books had made their way from his house to mine. I taught him the meaning of the word "besotted" because it was the only term to describe the looks that flew back and forth between us as we fell in love and marveled at the wonder of having found each other. We wrote each other love haikus. After a month, he invited me to meet his lovely family, who welcomed me in like one of their own. That night, he talked to me about what our future might be like, about marriage and kids and places we might want to live. From that day forward, he promised me a 45-year honeymoon, and everything became the first of many: Our first Thanksgiving; during which we had our first emergency, when I cut my finger, badly, making Marilyn Monroe’s stuffing recipe and wept while he bandaged and soothed me; our first year celebrating his birthday together; our first Christmas tree; our first New Year’s Eve.

And then, we both had a hard winter. We had become very close, very quickly, and our individual problems morphed into a collective swamp that included money troubles, anxiety attacks, depression, chronic back and neck pain, and the constant stress of the breakneck, unbending deadlines I face as a ghostwriter.

On his hard nights, I went to him with flowers in my hair. On my hard nights, he surprised me with a bouquet of flowers, a steak he had cooked for me. There were moments when I was at a loss for why I couldn’t make things better, but my love never faltered. Every morning, whether at my house or his, I read the contract.

About five months in, Robert told me that he was feeling distant from me and our relationship, and that he had been for some time.

“I haven’t been honoring the contract,” he said.

A week later, we broke up.

When I went through my house, removing all traces of Robert, I couldn’t bring myself to take down the contract. Having signed it, and witnessed the intention with which he had signed, I still believed it – and we -- had a chance.

Finally, two weeks after we broke up, before Robert came over so we could exchange our belongings, I took down the contract.

The gesture was just for show.

Since our breakup, I’ve thought a great deal about relationships and why they last or don’t, and even written a whole novel about divorce. I don’t believe that contracts can be applied to love, or the pinball machine of cause and effect, and timing and attraction, and history and intention that make up a relationship.

And yet, I want very much to be married someday, or in a committed long-term relationship. Much as I’ve largely given up writing short stories because I’m more interested in what can be accomplished in a novel, I believe in the value of a lifetime relationship. In all that can be learned and shared when two people allow themselves to grow and unfold at their own pace, much like a novel does.

I think that relationships work like magnets. It’s the charge of attraction that first brings us together, as happened with Robert and me. It’s the culmination of shared interests and experiences that strengthens that bond. But what really makes a relationship succeed -- particularly during its hard winters – is the courage, perseverance and grace with which both people in the relationship honor their own well-being and writing (or whatever is as vital to them as writing is to me). And yet, even when we take care of ourselves and manage to stay open and trust, there are no guarantees that any relationship will work. But the risk, and the possibility that these obstacles will be overcome, is exactly what makes it worth trying.

And even when a relationship doesn’t work, all those moments of trying are their own form of accomplishment. Just as it is any time we don’t let our past disappointments scare us off, and we dare to listen to the magnets in our hearts and enter into a new relationship with a new love. All successful marriages – and novels – must begin like this.