The Internet made August almost tolerable 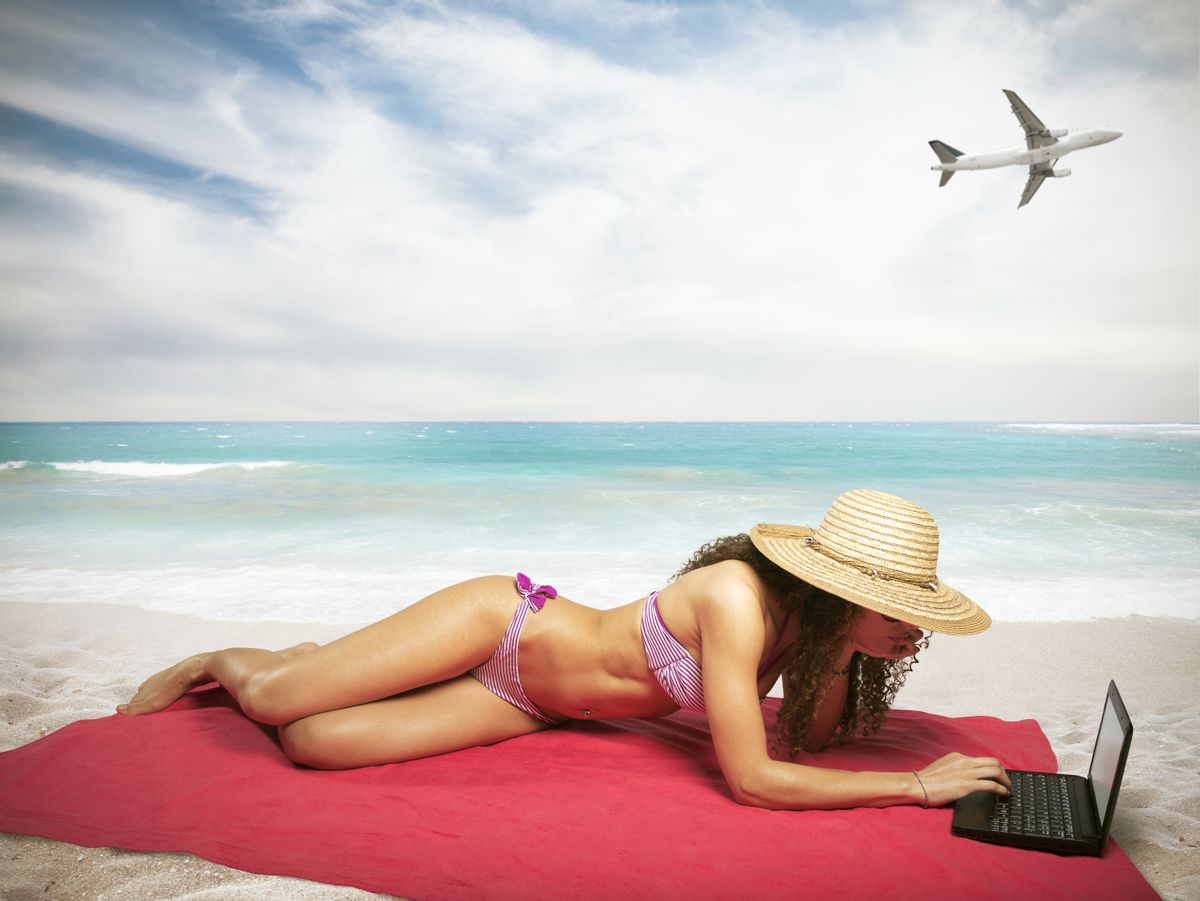 The Internet has much to answer for, but even its loudest critics have to admit that no one has ever done Silly Season better than the web.

That's the term newspapers have long used for the stretch of summer when the steady, reliable sources of content -- government, prime time TV, professional protesters -- go on holiday and suddenly the factory newsroom has trouble filling white space.

I've always thought reporters earned some of their reputation as ghouls due to the summer doldrums, when word of a major forest fire breaking out can cause cheers in a newsroom. (Fires at night make for great TV images. Ditto flash floods.) As news goes, few things beat a good natural disaster, in which there are no villains, just plucky citizens fighting the good fight. And just think of the warm and fuzzy stories about everyday heroes and pet rescues!

Alas, Mother Nature won't always cooperate, and Silly Season earned its nickname because desperate reporters in the dog days of summer often resorted to the ridiculous.

Frying eggs on sidewalks to illustrate the heat was a favourite. Sharp-eyed press agents (who were often just moonlighting reporters) spotted this pattern and turned summer into the season of publicity stunts. Which is why on the last weekend of August, local and national news outlets alike picked up on the titillating tale of the UFO cult promoting itself via a parade of topless women on Vancouver's Robson Street.

But I was disappointed by the dull-witted coverage from some Vancouver scribe who managed to write a plodding account summed up as "men ogle boobies on Robson; cause traffic snarl." Like that's news.

Newspapers have always delivered fluff, the crime of the current rags is that they deliver dull fluff. Meanwhile the Internet, powered by the people, gives us much of the wit, insight, and entertainment that were once a major part of newspaper appeal.

For those of you who've been at your wifi-free cabin, here's the recap of this August's unusually thought-provoking range of stories made better by the chatter of the mob.

A monster movie came to life in New Brunswick after a pair of brothers aged 4 and 6 died in a freak accident with a killer snake. Preliminary reports say they were asphyxiated by an escaped African rock python that was about four metres long and 45 kilos. Piecing together the various confusing reports (damn those unpaid summer interns!) it seems the python got out of its cage in a pet store and climbed via the ventilation system to the residential apartment above. The 100-pound reptile then fell through the ceiling where it landed near the sleeping boys. What happened next is anyone's guess and everyone is speculating.

The story is heartbreaking, but it was probably the horror of the incident that led to a rash of news stories about illegal pythons turning up in a Rubbermaid bin near you.

Police discovered 40 ball pythons in plastic chests in a motel room in Brantford Ontario and their owners were later charged with animal cruelty. In Mission B.C., more than 50 reticulated pythons were found in a rented house, and news reports suggested these were watch-snakes. There, presumably, to scare-off the sort of interloper who might be indifferent to pit bulls.

Then the web began turning up tales of escaped pythons killing children and cases of some turning on their adult owners. All sorts of snake owners weighed-in about the dangerous nature of pythons. That's the breed making a nuisance of itself in Florida, where former pets have escaped into the Everglades. Then the Prime Minister's office announced Stephen Harper would be looking into rules around keeping exotic pets.

Courtesy of the interwebs I'm now having nightmares. But as they say, it's always better to know.

Apparently it's not enough to fill our summers with legions of super hero blockbusters, now we're bombarded with reports of bad films to come.

The next Superman film casts Ben Affleck as Batman, causing consternation among fan boys who recall Daredevil. Comic tweets of the, "Come back Val Kilmer, all is forgiven" variety clogged Twitter streams for days. It was the gag that would not die as everyone weighed-in on the inexplicable stardom of Affleck.

"Really looking forward to seeing Affleck bring the depth and gravitas to Batman that he brought to Daredevil and Gigli," tweeted Wil Wheaton.

You'd think the former Star Trek child actor turned internet star might recall the trauma of such an attack from his years as Wesley Crusher, the crew member audiences most wanted to see in a red shirt.

But no, the Affleck-bashing was irresistible. And it revealed heretofore-unknown depths of rage toward successful Hollywood actors of minimal talent. I think it was about more than the Caped Crusader being let down. The one-liners played as if Affleck were the stand-in for every less-than-competent but regularly promoted colleague these people ever had.

Robin Thicke, 36, made a last-ditch attempt at pop stardom with a moderately catchy summer song, "Blurred Lines," and a marketing campaign designed to spark fake controversy. Well, mostly fake. Marvin Gaye's estate is suing him for alleged copyright infringement, which I doubt was part of the profile-raising plan.

Sex was supposed to be the hook, but watching the video you have to wonder if it was the brainchild of a committee of long-haired 60-year-old men. Beautiful young models parade naked as Thicke sings and they strike poses that I suspect were meant to be suggestive, but come off as comic -- like a parody of some cheesy 1980s video.

Thicke vaguely resembles George Michael in the day, so if you can imagine Wham meets Robert Palmer with the "Addicted to Love" models naked you'll get the idea.

His producers did him no favours surrounding him with gorgeous young women in naught but flesh-toned G-strings. He looks ancient next to the sleek, beautiful 20-year olds. Is there anything quite has cringe-making as mutton dressed as lamb?

In short, the only thing Blurred Lines is likely to offend is your sense of aesthetics.

But teaming him up with Miley Cyrus to do her own clumsy, lewd, and profoundly sad variation on Thicke's video in a live duet with him at MTV's Video Music Awards just added to his Humbert Humbert vibe. She looks about 14 and he croons, "I know you want it." Eeuuw.

I think they should both fire their management, but the artistically-challenged pair delighted everyone who likes to enjoy a good self-righteous rant. And no one more than those who like to purse their lips and tsk-tsk about how coverage of Cyrus rather than Syria speaks to the decline of journalism and/or civilization.

As is often the case the satirical site, the Onion, got off the smartest commentary when it ran an explanation for such news judgment, supposedly written by CNN's managing editor. It's actually a good overview of the commercial side of websites, and explains concepts like "bounce."

"[We]... saw the number of homepage visits skyrocket the second we put up that salacious image of Miley Cyrus dancing half nude on the VMA stage... Advertisers, along with you idiots, love videos."

So let the naysayers curse the Internet as the death of real news, I think it is has resurrected the spirit of old-fashioned newspapering. At their best, those papers offered insight into human nature that could rival a Dickens novel and I'm glad to see the tradition tweeted on.