Even if congressional support is garnered, the antiwar linguist rejects the case for war 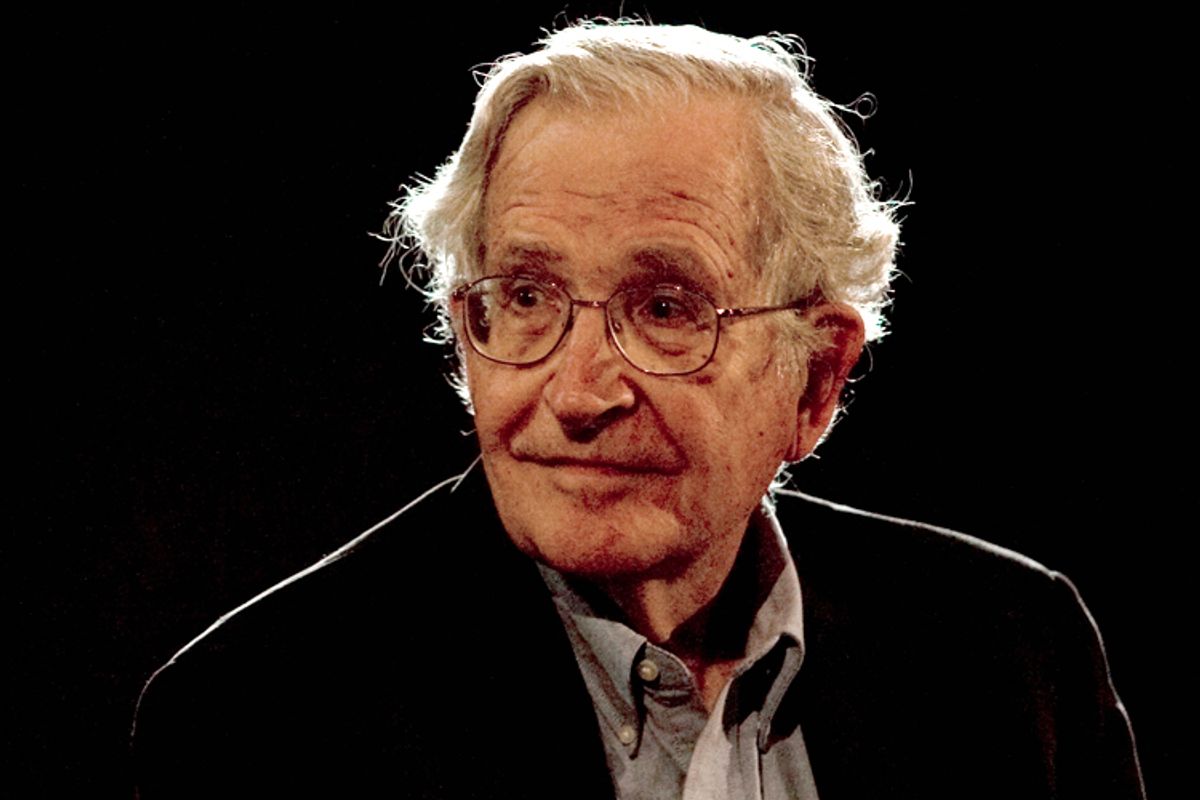 "The administration has fallen back on a standard pretext for war crimes when all else fails: the credibility of the threats of the self-designated policeman of the world."

So wrote linguist and renowned antiwar voice, MIT's Noam Chomsky, in an email to HuffPo on the weekend. Chomsky argued that even if the Obama administration can garner congressional support for its planned missile strikes against Assad's regime, any such incursion would still constitute a "war crime" in abrogation of international agreements.

"[T]hat aggression without UN authorization would be a war crime, a very serious one, is quite clear, despite tortured efforts to invoke other crimes as precedents," Chomsky commented.

Indeed, as I noted here last week, much of the White House's case for military intervention has been couched in rhetoric about inaction in the face of evil, and the idea that the U.S. must carry the historical baton -- grasped in the wars of last century -- in "leading" the world against despotic regimes. Critics of the proposed strikes have not failed to highlight that the U.S. regularly both permits and supports regimes that carry out massacres against their own people. (The Egyptian army, the recipient of billions in U.S. aid yearly, comes to mind in the present context in light of three major massacres against Islamist citizens in recent weeks.)