Climate change can save New York 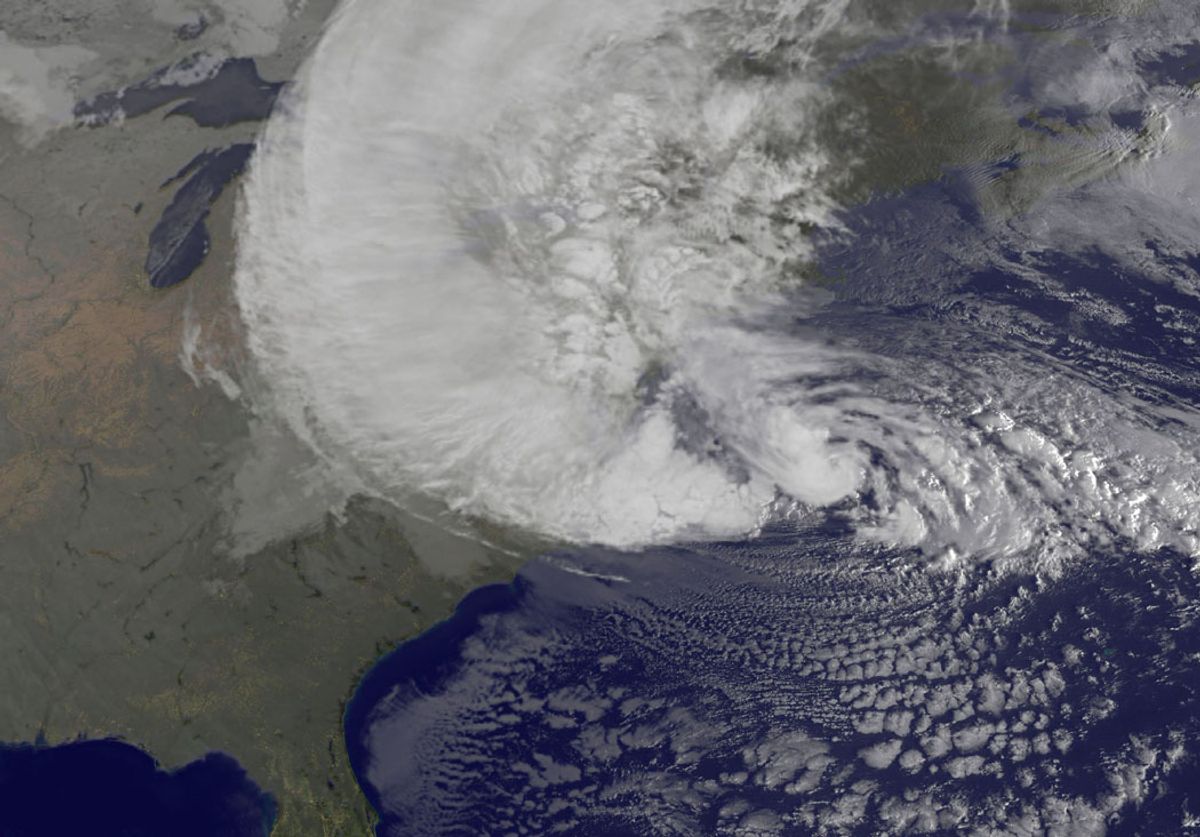 Superstorm Sandy may not be a harbinger of worse storms to come. Although many scientists predict that climate change will lead to bigger and more damaging hurricanes -- an eventuality for which New York's Mayor Bloomberg pledged $20 billion to prepare the city -- new research suggests that rising temperatures will also work to divert the course of future storms away from the eastern seaboard.

The research, published in the journal Proceedings of the National Academy of Science, draws on computer models. The climatologists behind it predict that warming air will redirect atmospheric winds to blow from west to east, pushing hurricanes into the Atlantic Ocean. National Geographic explains:

Sandy's unusual track was caused by a rare interaction between atmospheric winds known as the jet stream and a high-pressure weather system known as a "blocking system" to the north of the hurricane. The interaction steered Sandy on a track that took it almost due west as it made landfall in New Jersey last October 29.

The authors also suggested that the change in atmospheric winds would reduce the likelihood that a high-pressure blocking system similar to the one that affected Sandy's path would form. That would further increase the likelihood that future Atlantic hurricanes would be steered away from the U.S.

As the Guardian points out, Sandy's true power came from its unusual trajectory, the "sharp left turn" that slammed it directly into New York and parts of New Jersey. But even if that already unlikely event becomes even less probable, said lead author Elizabeth Barnes, of Colorado University, it doesn't mean the storm didn't serve as an important warning about the risks that coastal cities face. "You can't let your guard down," she said.