Steve Ballmer is going out with a bang, but absorbing the pride of Finland into the one-time Borg is no sure thing 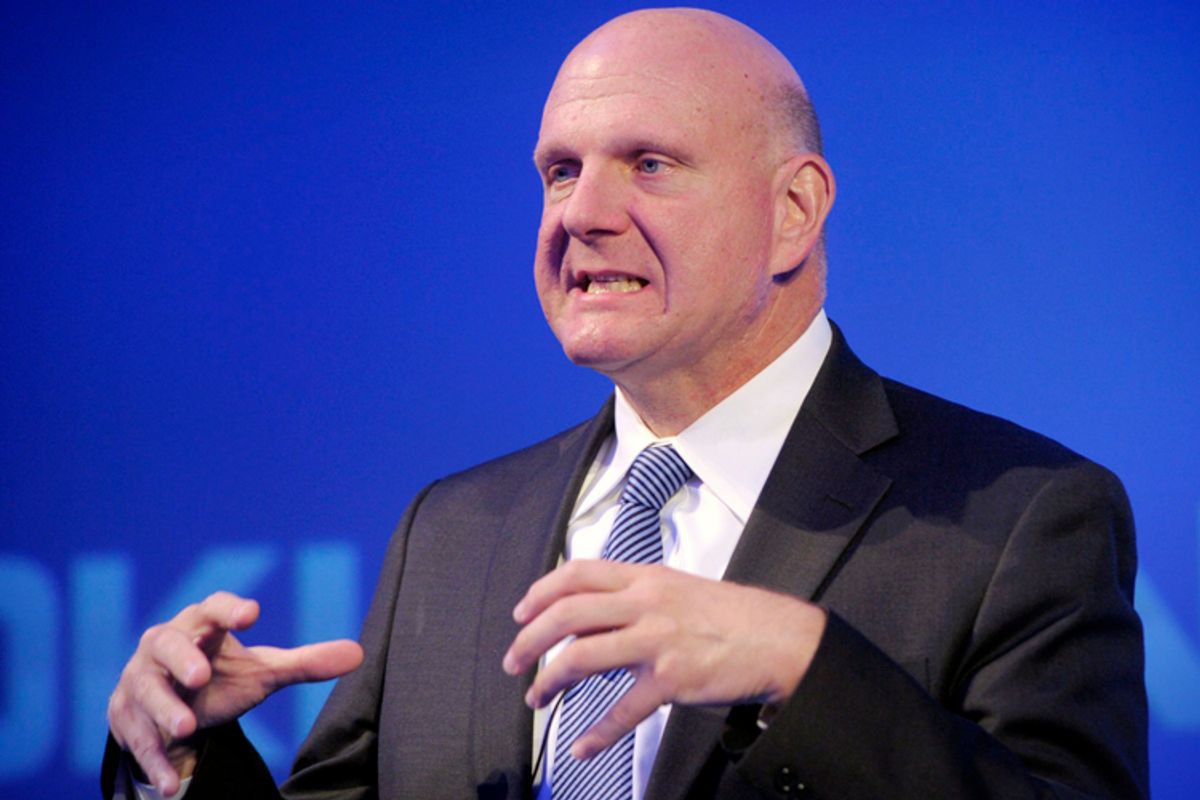 Why did Microsoft buy Nokia’s phone division? Here’s the easy answer. In 2000 the combined market capitalization of Microsoft and Nokia totaled around $650 billion. Apple was an afterthought; worth only $15 billion.

By 2013, Microsoft and Nokia’s market cap had fallen by more than half, to $280 billion, while Apple went from afterthought to world domination. On the morning after Microsoft CEO Steve Ballmer communicated his "exciting news" to his employees, Apple was worth a cool $447 billion.

That’s the kind of brutal math that forces CEOs to step down from their companies. There’s been an explosion of tech press chatter on what the Microsoft-Nokia news means but it’s just not that complicated. The merger is a desperate move by two companies flailing to stay relevant in a mobile world dominated by Apple, Google and Samsung. The odds that it will work seem dim: There is absolutely no reason why turning 32,000 Nokia employees into Microsoft employees is going to make Windows smartphones any more attractive to a global audience.

So forget about all that. The best one can say for the headline news is that Microsoft is going down swinging. But the most interesting thing one can say has nothing to do with whether the Nokia gambit will make it easier for Microsoft to land a punch on its competitors. The real news here is the confirmation that software and hardware are no longer two separate tech industry sectors. Once upon a time, Apple was the eccentric outlier, quixotically determined to control both the hardware and software of its devices. Now that Google has bought Motorola and Microsoft has bought Nokia, Apple’s archaic structure is suddenly the industry norm.

And that’s just weird – that’s not how the mode of production during late capitalism was supposed to play out. The 21st century was all about outsourcing and subcontracting and breaking down the industrial process into as many modular components as possible that could be most efficiently done by independent entities. "Vertical" integration was supposed to be hopelessly inefficient, a concept that died with U.S. Steel and Standard Oil. In our new world, some bright-eyed entrepreneur comes up with an idea, secures venture capital from California, locates programmers in Bangalore, signs up hardware manufacturers in Taiwan and gets the gadget assembled in China.

And yet here we are again, watching the gradual realignment of the mobile tech sector into a handful of integrated goliaths. Call it the New Tech Tribalism. When you choose your next phone, you won't just be picking a particular set of features at a certain price point, you'll be betting on the combined powers and artistry of a unified software and hardware conglomerate. You will be buying, more than ever, into a cult of smartphone personality, characterized by design choices optimized for specific hardware configurations.

Apple's eccentricity is now the industry standard. Did anyone see that coming, back in 2000?