Alligator season kicks off with the capture of a two monster reptiles, the biggest weighing in at 727 pounds 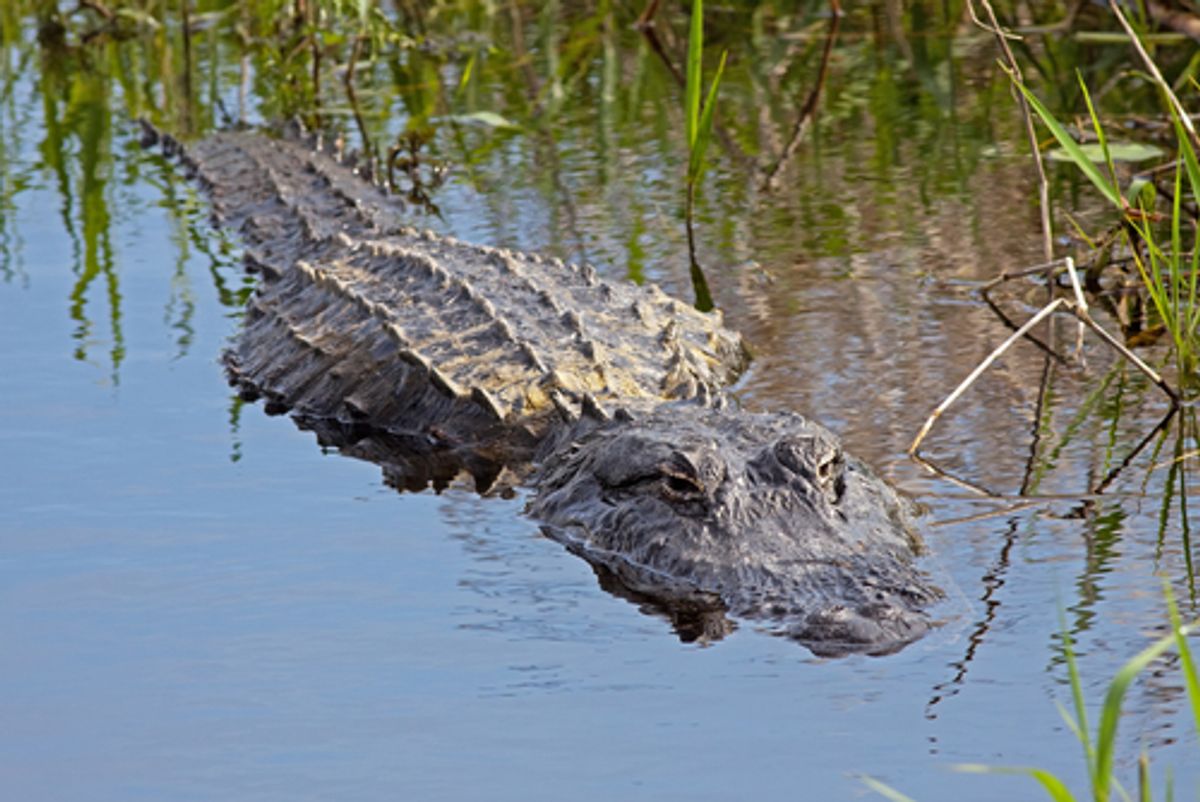 Alligator season has begun in the swamps of Mississippi, and as two enormous weekend catches prove, the hunting is good — if you're not an alligator, at least.

Mississippi's alligator weight record was smashed this weekend after hunters landed an enormous 727 pound, 13' 4.5" long reptile on Sunday, while hunting on the Mississippi River in Claiborne County, writes CBS.

A UPS driver by day, alligator hunter Dustin Bockman was responsible for capturing the enormous beast during the Sunday hunt. Alligator season will continue until September 9th.

"He broke all the lines we could put in him. Finally put a snare on him and got him up high enough and put a shot on him. All in all probably took us four and a half hours to catch him from the first time we saw him," Bockman said to KSDK.com.

Before Bockman's catch, gator hunter Beth Trammell and her crew spent hours wrestling a 13-foot-long reptile into her boat, weighing in at 723.5 pounds, according to Fox.The alligator's weight set a state record that would only last for an hour until Bockman's slightly larger haul came in.

Another record was set over the weekend after hunters captured a 10 foot long female weighing in at 295 pounds, a likely contender for both the longest and heaviest female alligator captured in the state, according to WJTV.

The biggest alligator ever recorded was captured at Marsh Island in Louisiana, way back in 1890. The beast measured a truly remarkable 19 feet and two inches in length.

American alligators are native to the United States and do not grow as large as Asia's infamous saltwater crocodile, although they too are occasionally responsible for attacks on humans.

Driven to near-extinction in the 20th century, conservation efforts have led to considerable population recovery in the southern states — as the weekend's alligator haul neatly illustrates.