The most popular states for Teslas

You're most likely to spot a wild Tesla in Washington 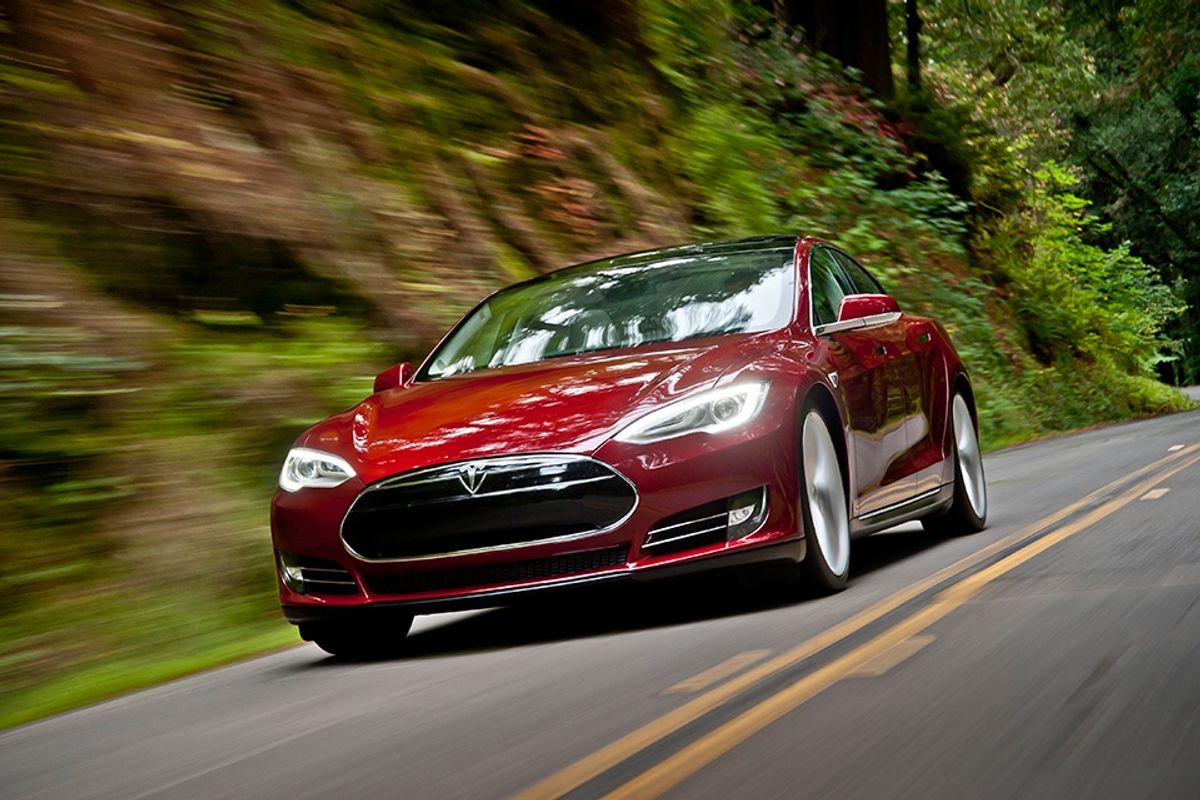 Have you spotted a Tesla out in its natural habitat yet? It's not easy to do -- although the company is worth over $20 billion as of last week, it only produces about 5,000 battery-powered cars every three months. They travel hidden among the 4 million or so new cars purchased by U.S. buyers in the same amount of time. If you're playing Road Trip Bingo, catching sight of one should be an automatic win. Fortunately, Bloomberg Businessweek has figured out where they're most highly concentrated:

By sheer numbers, of course, California claims the crown as the land of Tesla. Almost 5,000 Teslas were registered in the Golden State in the first half of 2013, that’s roughly half of the company’s total output. Given Tesla’s Silicon Valley headquarters and the abundance of wealthy, early adopter types who can afford the $70,000+ sticker price, there is a fair dose of home-field advantage. But California sales are also spurred by a number of state and local subsidies, incentives that sweeten the $7,500 federal tax rebate buyers get on Teslas anywhere in the country.

Tesla buyers in Washington, however, have the additional perk of skipping state sales taxes and emissions inspections on the Tesla, which may be a big reason why the state has the highest ratio of Model S registrations relative to all other new passenger car registrations this year. By this density metric, which corrects for California’s bigger population, Washington is the top state for Teslas. In the first half of the year, Washingtonians registered one Tesla for every 100 passenger cars, according to Hedges & Co. Californians bought 107 other cars for every Tesla, with Washington D.C, Hawaii, and Oregon rounding out the top five list for Teslas.

"Green-minded" places are generally good spots for Tesla spottings, a spokeswoman told Businessweek. According to Hedges & Co., Washingtonians registered one Tesla for every 100 passenger cars (1/100). Here are how other states stack up:

Plan your next road trip accordingly.