"The advert is offensive and unacceptable and we have put an immediate stop to it," Unilever said in a statement 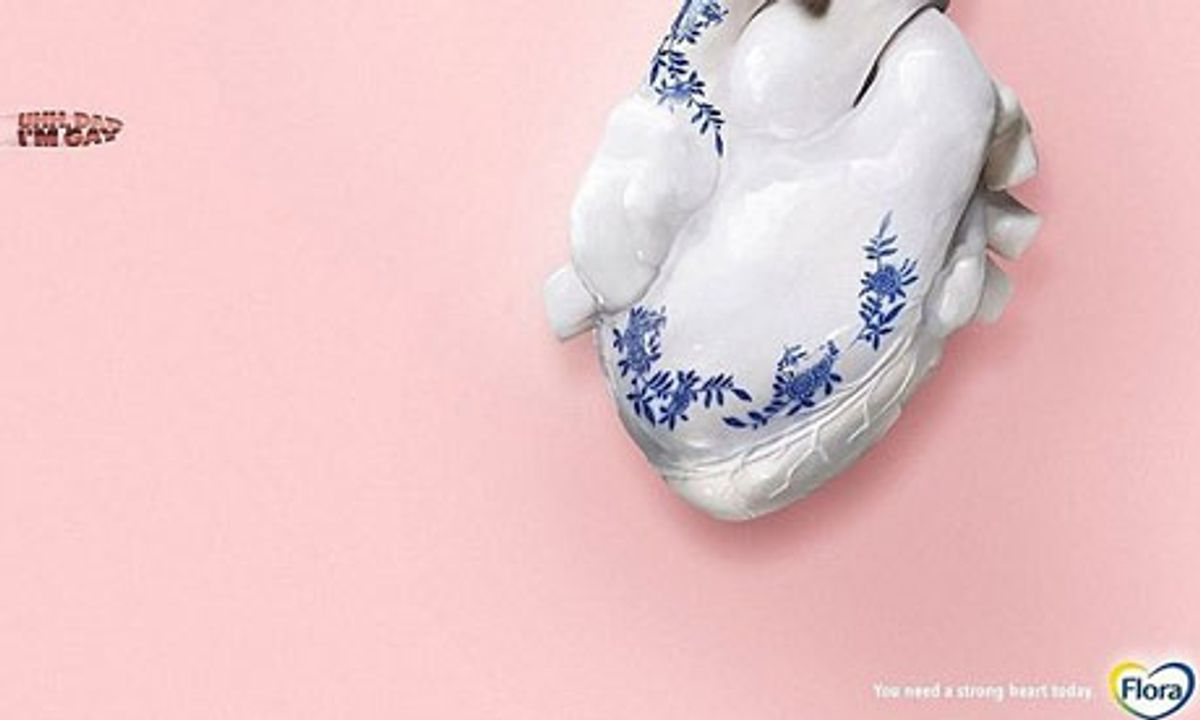 Unilever, the parent company of Flora brand margarine, has apologized for an ad comparing coming out as gay to shooting your parents in the heart. After being heavily criticized for its homophobic tone, the company announced Monday that the ad has been pulled from circulation.

The ad  features a bullet with the words, "Uhh, dad I'm gay," heading toward a heart made of china. The tag line reads, "You need a strong heart today."

After withdrawing the ad suggesting that being gay would break your parent's heart, Unilever quickly tried to distance itself from the Johannesburg-based agency that developed it.

"This advert was prepared by an external agency in South Africa and was not approved by anyone at Unilever," the company said in a statement.

"The advert is offensive and unacceptable and we have put an immediate stop to it. Unilever is proud of the support that our brands have given to LGBT people, including our recent campaign for Ben & Jerry's on equal marriage."