Why aren't we mad when pop stars perform for Wal-Mart?

Sure, Kanye went to Kazakhstan. Just about every other star has paid tribute to the toxic employer 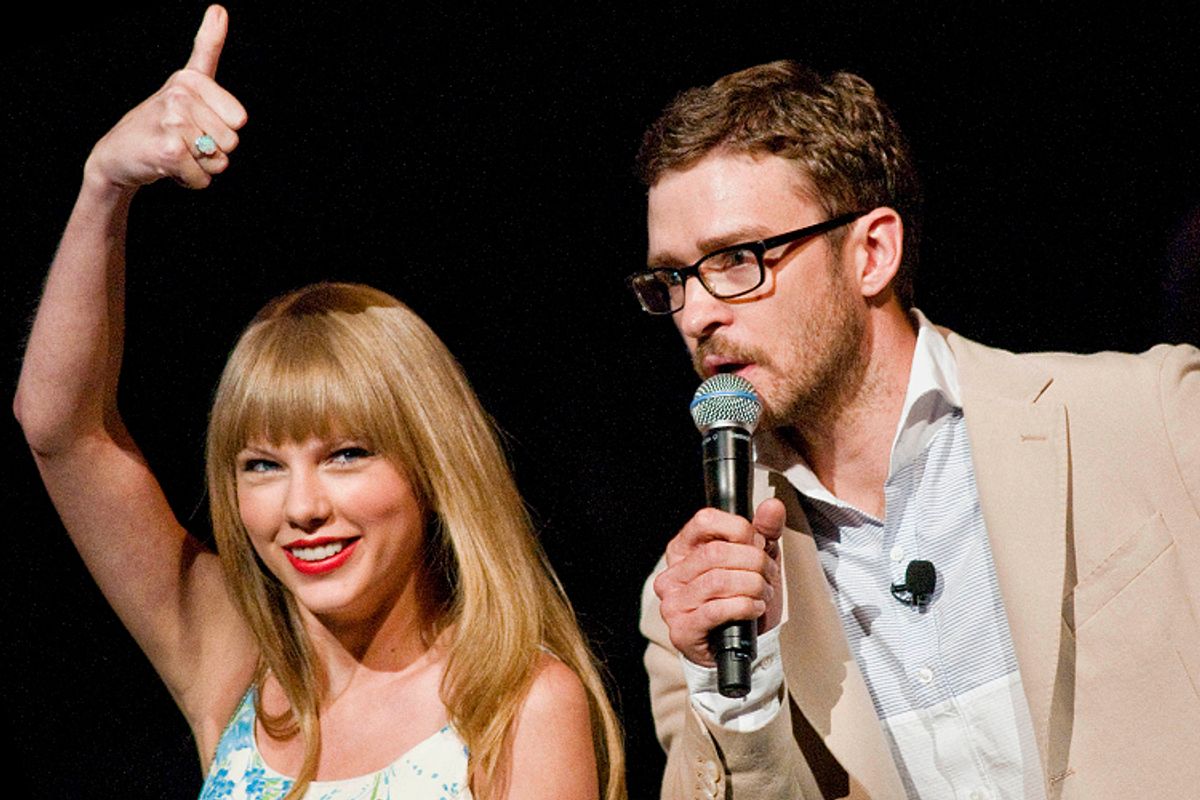 Kanye West is just the latest music star to perform for a dictator; the rapper appeared at the wedding of Kazakh President Nursultan Nazarbayev's grandson, reportedly performing his 2007 single "Can't Tell Me Nothing." While no news about the compensation West may have received for his performance has leaked out, it's part of an unfortunate recent history of stars serenading the world's worst leaders. President Nazarbayev has, per the New York Times, "ruled Kazakhstan in an autocratic fashion since the fall of the Soviet Union" and been involved in crackdowns on unions with a body count; the New Yorker has reported on his ambitions to build a cosmopolitan Western-style capital, the sort of place West might feel comfortable.

This sort of celebrity collusion with human-rights violators is hardly new: Earlier this summer, Jennifer Lopez got a healthy payday for a birthday performance for Turkmenistan's President Gurbanguly Berdymukhammedov; Beyoncé, Mariah Carey and Nelly Furtado have performed for, and later distanced themselves from via pledges to charity, the late Libyan leader Moammar Gadhafi; actress Hilary Swank apologized for appearing at the birthday of Chechen President Ramzan Kadryov, claiming she needed to "do better research." All these stars caught heat, to one degree or another: New York magazine's the Cut blog evaluated whether the pop stars who entertain dictators were "forgiven," and not all were.

And yet it's conveniently ignored when pop stars and actors entertain executives from human-rights violators right here at home. The annual Wal-Mart shareholders' meeting, attended by both shareholders and employees, features all manner of stars -- this June, Jennifer Hudson, Kelly Clarkson, John Legend, Hugh Jackman, Tom Cruise and Elton John all entertained Wal-Mart's stockholders in Fayetteville, Ark.; past years have seen everyone from Mariah Carey to Miley Cyrus perform. MSNBC reported that none of these entertainers were paid for their time (though hotel and travel expenses were covered and the stars had a chance to promote their projects).

And, unlike pop stars who simply sing a tune to foreign leaders, the stars pay extensive tributes to Wal-Mart. Tom Cruise, MSNBC reported, declared Wal-Mart is "a role model for how business can address some of the biggest issues facing our world, in ways big and small." The year before, Justin Timberlake declared, "Wal-Mart’s awesome and everything actually does cost less. But these people actually work their butts off." It was in the context of a skit, embedded below, about what would happen if Timberlake quit entertainment to work at Wal-Mart.

Not likely. Indeed, while celebrities enjoy the opportunity to market themselves to Wal-Mart employees, those same employees are struggling; Wal-Mart's recent history of hiring temp workers to avoid paying benefits, paying paltry sums for hard work, and allegedly firing striking employees is well-documented. Indeed, Barbara Collins, an employee fired after her involvement in a 100-strong strike, traveled to Wal-Mart's shareholders' meeting this year. Tom Cruise, coming off a slow box-office period during which he needed any good press he could get, got far more attention for describing the positive effects Wal-Mart has had on the lives of women worldwide. Well, if anyone would know, it'd be a male movie star.

Appearing at the Wal-Mart shareholders' convention has become the equivalent of making a commercial in Japan -- it's an opportunity to boost your brand among a discreet audience (all those gathered in a stadium in Arkansas) and ensure that your participation won't make much of an impact in the outside world; we're in such a star-saturated culture that there's always bigger news than a rather boring corporate speech Tom Cruise delivers. And the canniest stars ensure that no one outside Fayetteville will see their performances: Taylor Swift, through her music label, and Jennifer Lopez have reportedly even refused to allow video of their Wal-Mart performances to end up online. We can only imagine the stage banter!

Swift's is a judicious if crass decision, as it gets the best of both worlds -- providing entertainment to mistreated employees while ensuring that no one will be able to connect her image to a misbehaving brand. And yet these stars deserve attention paid to them, as much as does West for his Kazakh performance. It's easy to shame stars for performing for dictators we know from the pages of newspapers or find out about for the first time when Kanye West meets them. It's more difficult to confront the fact that the right to be treated fairly by one's employer is routinely violated in the U.S. -- and the stars paying tribute to the violators are not the exception but the rule.