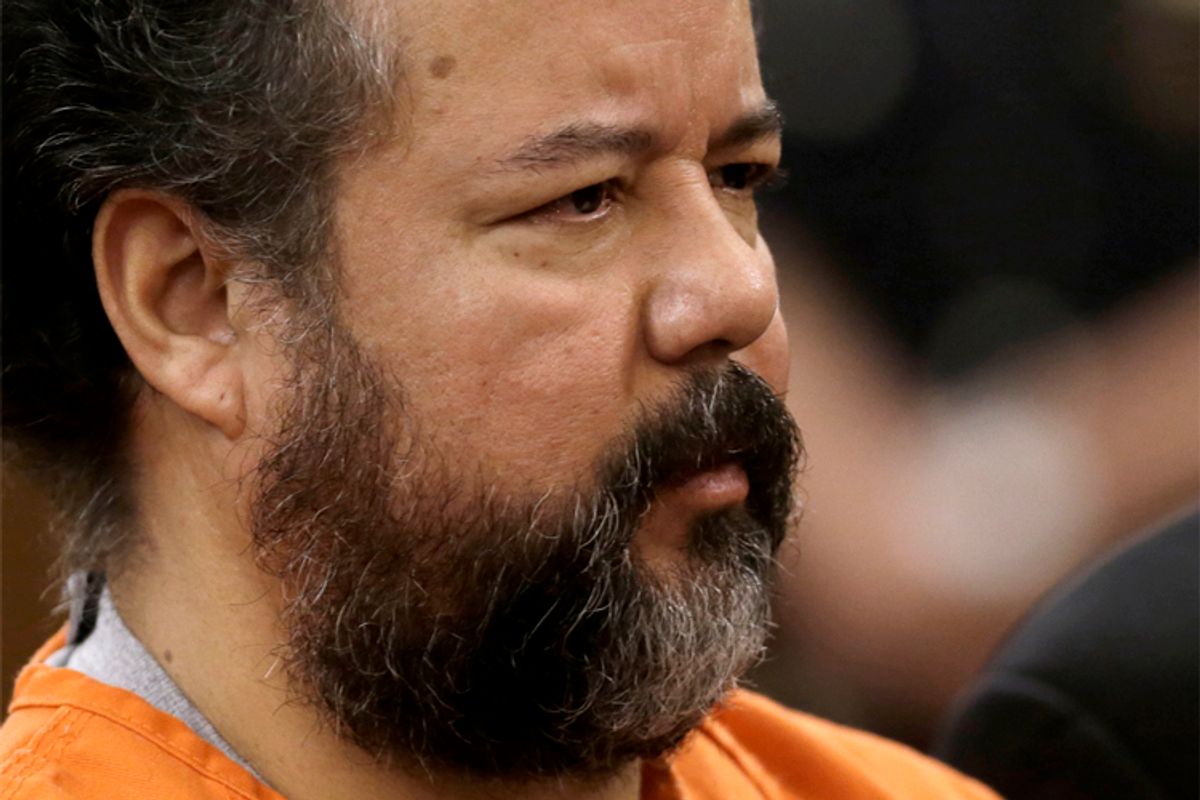 There are no tears to be shed, no grief to be found, in the death of a monster. But there's no satisfaction in it either.

On Tuesday evening, Ariel Castro – the man who in July was sentenced to life plus 1,000 years in prison in connection with the abductions and rapes of three Cleveland women – was found hanging from a bed sheet in his cell. The circumstances of Castro's death raise a number of questions – though the 53 year-old was not on suicide watch, he was in protective custody. Ohio corrections spokeswoman JoEllen Smith told reporters Tuesday that Castro had been "in a cell by himself," with guards required to check in on him "every 30 minutes at staggered intervals." Smith says, "A thorough review of this incident is under way."

How was a man whom prosecutors revealed last spring had left a suicide note in his home, a man whose attorney says he was repeatedly "denied and thwarted" in his attempts to obtain psychological evaluation for him, apparently given both the time and the tools by which to end his life? On the Shrink Rap blog Wednesday, ClinkShrink wrote eloquently about prison suicide, noting that "The general public -- and even some physicians -- are going to instinctively give you a 'Who cares? He's just a criminal' response even if they don't know the person or what he was locked up for" and revealing, "There's even a recent study to suggest that being charged with a crime increases one's risk of suicide, even if that person is never incarcerated."

Ultimately, it's up to Castro's victims -- Michelle Knight, Georgina DeJesus and Amanda Berry – to decide whether death or a life in jail would be the greater retribution for his crimes. Knight's attorney has said the women will not be making a statement. But Castro's swift demise does seem an abrupt and unsatisfying end to his tale. His family member Maria Castro-Montes told CNN Tuesday that her reaction to the news "was just shock… Part of it was even relief in hopes that now this will just end all of it, and that his name will not be out in the spotlight for years and years to come. I just hope the victims can move past this now." And on NBC Wednesday, psychologist Dr. Linda Papadopoulos said that Castro "decided his fate, something they were never ever able to do for themselves. He had ultimate control. To some extent this was in a way his last slap to their faces -- 'I’ve got this over you.'"

While nobody's going to feel bad that a man who imprisoned and abused three women for over a decade is no longer sharing a planet with the rest of us, the issue of how a system that was ostensibly watching very carefully over him allowed him to die still matters. It matters, because it makes it clear that Castro's legally meted out punishment was not fulfilled. And that's a failure of the system, a failure that, despite sharply declining prison suicide rates, still accounts for roughly 32% of all prison deaths.

Internet commenters can gloat that Castro's no longer a guest of the taxpayers, but he's also not serving his sentence. And if you want to talk about where your taxpayer money is going, you might also want to ask how it's managing to pay for a system of "protective custody" that makes it that easy for a man to die in it.

Today, it appears instead that Ariel Castro got to choose a means of escape – an escape that came mere weeks after his confinement -- in sharp contrast to the years of isolation his victims knew. That death suggests that a man whose entire modus operandi was about power and control got to exercise his power and control right up to his final breath. And there's no way you can convince me that's any kind of justice, for anybody.