It's more dangerous than ever to eat raw oysters 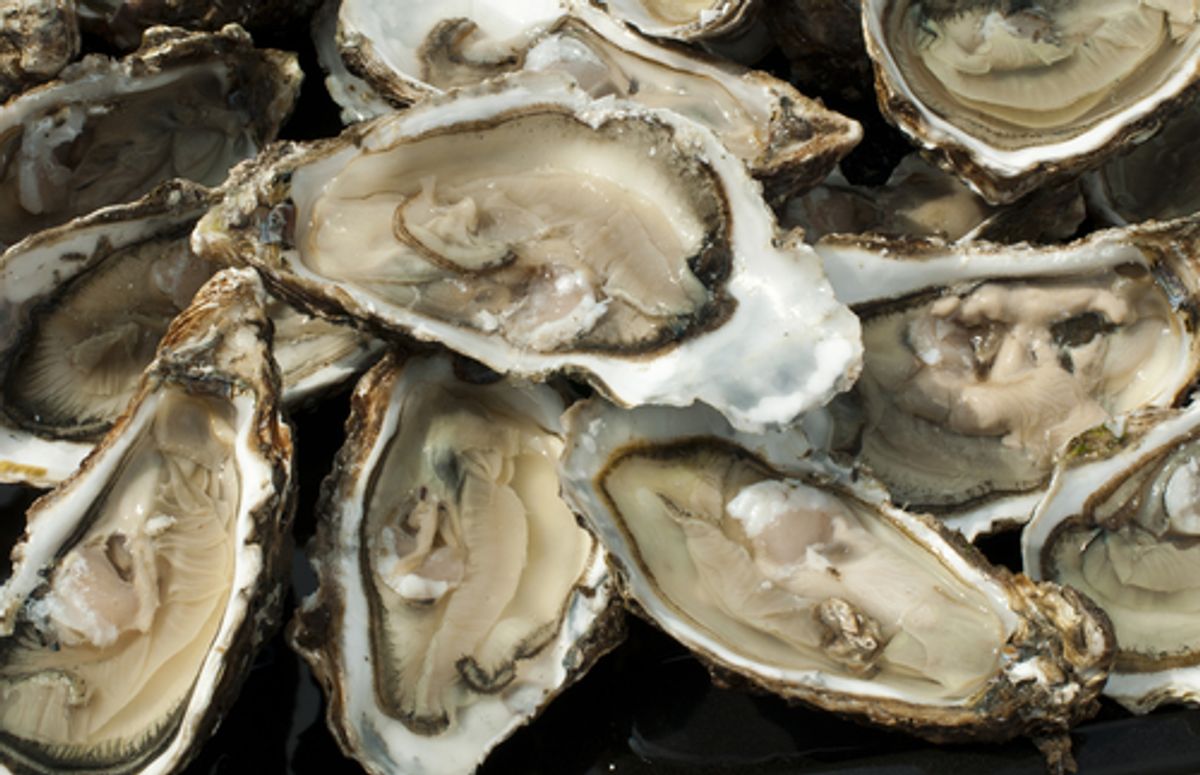 You're one hundred times more likely to find a pearl in an oyster than contract vibriosis, a rare but dangerous bacterial infection, from eating one raw. But this summer, the number of reported cases in Connecticut, Massachusetts, and Washington state has doubled from previous years, with lab tests confirming 113 instances of the food-borne illness. According to The Huffington Post:

Authorities in Connecticut and Massachusetts have responded by shutting down some of the most active commercial oyster beds in their states until further notice. Important beds in Virginia, New York and Jersey were shuttered as well. Limited recalls have also been announced for potentially tainted oysters raised in Connecticut and Washington.

Vibriosis has traditionally been more closely linked to oysters raised in the balmy Gulf of Mexico, rather than the frigid waters of the Pacific Northwest and New England. Indeed, 2013 is the first year in which oysters from Connecticut have been conclusively linked with an outbreak of vibriosis.

Last year, a study tied the emergence of Vibrio infections to warming oceans: for each one degree increase in sea surface temperature, it found, the number of cases in that year increased by nearly 200 percent. That the bacteria is being found further north points to the effects of climate change; if the risk increases in future summers, eating raw shellfish may become a luxury we can no longer afford.