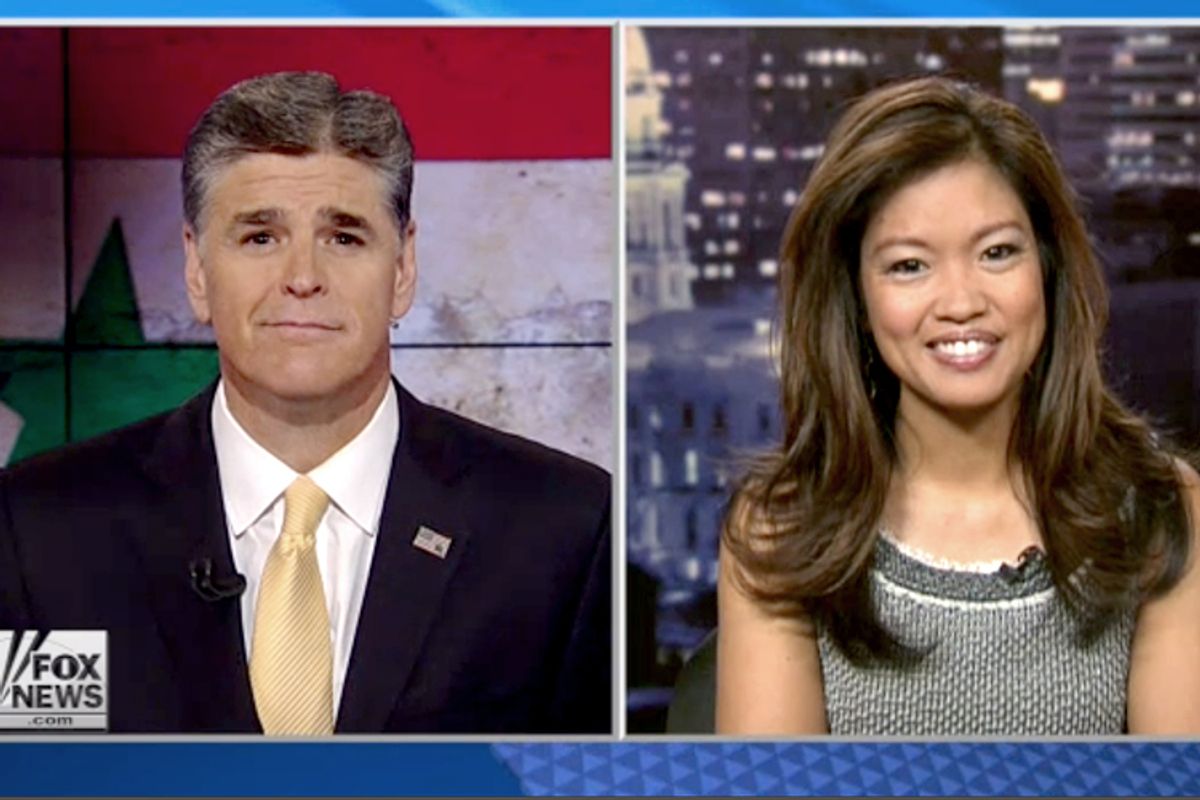 New York magazine's Dan Amira takes a look at what accounts members of Congress follow on Twitter, and the results are ... depressing. Both sides mainly follow the worst of the awful Beltway media. Pundits obsessed with trivialities and conflict and personalities beat out commentators and reporters who understand policy or political science. So Mike Allen wins! Well, the Hill actually wins, beating out Politico, C-SPAN and its smarter, but more expensive, primary competitor Roll Call. But Allen wins in the list of individual media personalities with the largest followings among members of Congress. That top 10 is pretty much depressing from start to finish, though at least Jake Tapper beats Joe Scarborough.

It's pretty easy to over-interpret these findings. Few members of Congress have any involvement at all in their Twitter feeds -- some of them may not know they have Twitter feeds -- so what we're seeing here are the accounts followed by, most likely, junior staffers. They follow Chuck Todd because, you know, they have to. If they miss some dumb thing Chuck Todd says that people start talking about they will get in trouble.

On the pundit list, Mike Allen is at the top of both parties' lists, proof that bipartisanship is alive and awful in Washington, but only 48.8 percent of Democrats follow Allen, compared to 57.7 percent of Republicans -- proof that Democrats remain, as ever, the slight lesser of two evils. The rest of the pundit lists serve as a small window into the root of congressional paralysis and dysfunction.

The two lists have only a few names in common. After Allen, the rest of the GOP top five is all Fox reporters and commentators (including two former Bush administration officials), and the rest of the Democratic top five is Maddow, Chuck Todd, Ezra Klein and Jake Tapper -- a plurality for MSNBC if you count Ezra, but not a unanimous win. The only outright conservative on the Democratic list is Joe Scarborough. Conservatives would likely argue (incorrectly but whatever) that Joe Scarborough is also a token liberal on the Republican list.

The most left-wing people on the Democratic list are easily MSNBC hosts Chris Hayes and Rachel Maddow. (And maybe Krugman.) The GOP list has Sean Hannity, Mike Huckabee, Erick Erickson, Fred Barnes and Michelle Malkin. And, well, if you want to know why Republicans are so nuts, let's look at the fact that nearly half (46 percent) of the Republican congressional delegation follows Michelle Malkin.

If you're following Sean Hannity and Michelle Malkin because you think they are worthwhile voices or useful sources of information, you're a terribly misinformed far-right kook. If you're following them because you have to keep on top of whatever Sean Hannity and Michelle Malkin are screeching about today, because you know that your constituents consider them worthwhile voices or useful sources of information, that's just as bad. Because whether the Republican Party is full of true-believing kooks or merely people forced to act like true believing kooks in order to keep their seats, the result is the same: a party that can't be negotiated with because it exists in an alternate media universe with its own history and set of facts.

Hayes and Maddow, to take the two left-most voices on the Democratic list, are both quite genuinely left-wing, especially for the mainstream national political press, but they are also both reasonable people who are generous -- sometimes excessively generous! -- to opposing points of views. Hannity invited a notorious anti-Semite on his show as part of his years-long campaign to push the most absurd Obama conspiracies imaginable and Malkin wrote a book defending Japanese internment during World War II. These two both regularly fear-monger over the imagined specter of widespread black mob violence. It's not just that these two have toxic beliefs and live in feverish fantasy lands, though they do, it's that taking these two seriously is a dumb thing to do in a country that just elected Obama twice, while also voting for Democrats for Congress in greater numbers than for Republicans. They're ... not quite in touch with the actual mood of the country now, to say nothing of where it's heading. That may be hard to grasp in the right-wing media bubble, especially for people representing districts made up primarily of angry white people, but it's true.

As ridiculous as the right-wing pundits are, though, it's the 70 percent of Republicans following Heritage that is actually more worrying. Heritage has joined the rest of the conservative movement in shifting from pursuing politically achievable conservative policy goals to always advocating for the most conservative course of action even when that course involves apocalyptic consequences and is also impossible. So if you want to know how exactly House Republicans managed to convince themselves that they'll be able to repeal Obamacare if they just want to bad enough, well, it jibes with everything they hear in their wonderful little self-contained world.