The six ways we talk about a teenage girl's age 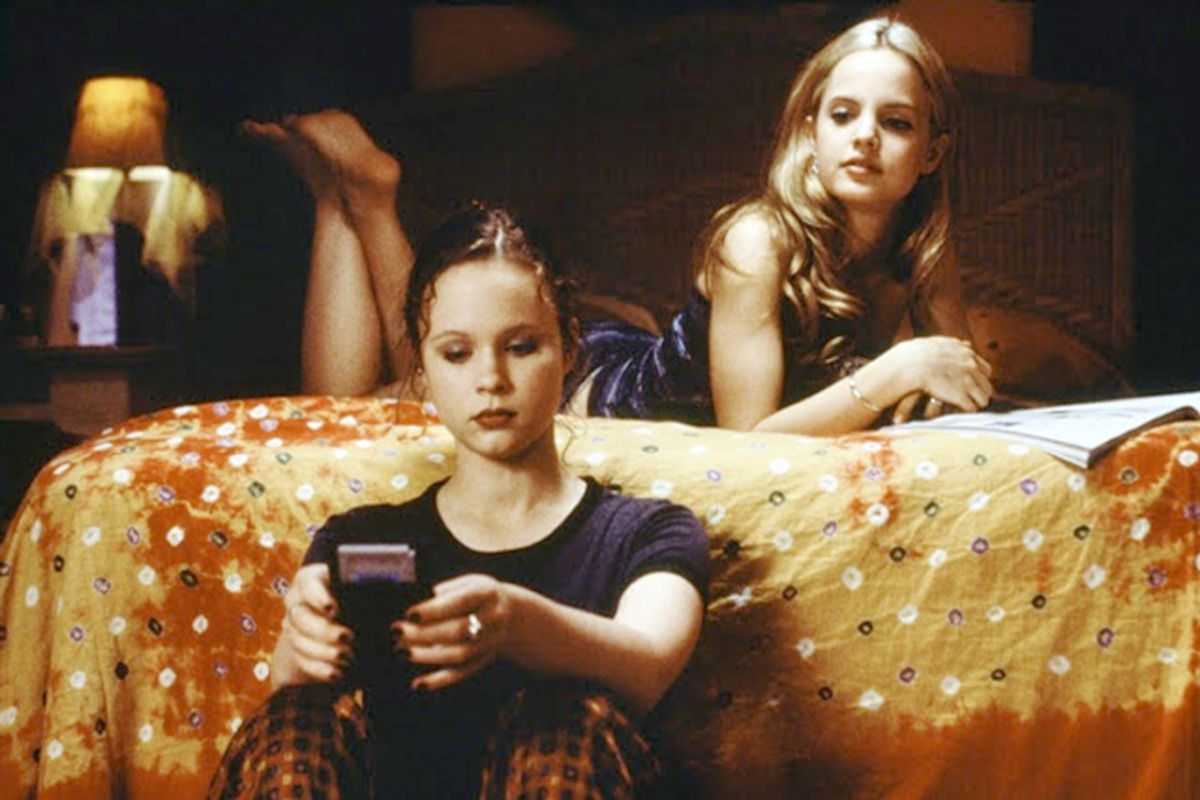 Last week, Montana District Judge G. Todd Baugh declared a troubled, now dead, 16-year-old girl culpable for her own rape. (The girl was just 14 when the crime occurred.) While in the process of reducing her rapist’s 15-year sentence to 30 days, he explained that the victim was “older than her chronological age,” and “as much in control of the situation” as the 49-year-old teacher found guilty of raping her. After outraged protest and demands that he be removed from the bench, Baugh apologized and has called for a new hearing. This case bears striking similarity to one in the U.K. earlier this summer in which a 13-year-old girl involved was described, including by the judge, as sexually “predatory.”

This happens with dulling regularity, and has for years. One month ago, defense lawyers in Louisiana used similar reasoning in a case involving a juvenile detention guard and a 14-year-old in his care. They argued that the girl had consented to sex with the guard, though she was three years younger than the age of consent in Louisiana.

The language used in these cases demonstrates our confused notions about girls’ ages and what they mean.

An adolescent girl isn’t allowed to be “her age.” Indeed, she doesn’t actually have one age but many that people assess and judge as she goes through her day. When it comes to sexual assault, consent and justice, an individual girl's “age” is especially a matter of social construction. Society constructs her age in at least six different ways:

First, there's her chronological age. This is the easiest one, based on a girl’s birthday. Simple enough.

Second, there's the age her body looks -- which, for too many people in and out of the justice system, apparently makes a difference in rape. In 2000, a South Caroline Circuit judge halved a 27-year-old youth minister’s sentence in a case involving a 14-year-old, explaining, that the girl’s body “was [at] an unusual stage of maturity.” But what does this ridiculous consideration of “physical maturation” mean for girls starting puberty at younger and younger ages? That assault of an older-looking 10-year-old is more forgivable?

Third, there's emotional age. There are 12-year-olds capable of more easygoing conversation, passionate feeling, emotional intimacy and mature deliberation than some 30-year-olds. That does not, however, make them, in any way, the equal of a 30-year-old. These qualities are separate and apart from experience, power differentials, authority, control and consent. Judges generally don’t take emotional maturity into account when adults engage minors in other unlawful activities, and they shouldn’t in cases of sexual assault either. An emotionally and intellectually mature 15-year-old is still not allowed to vote. When a 49-year-old provides a 13-year-old alcohol, does a judge take into account how much the 13-year-old may have wanted to drink, or that the 13-year-old can hold his liquor? We cannot excuse teachers, coaches, priests and mentors from rape prosecution when they assault children in their care. We have legal ages for a reason.

Fourth, there's commercially profitable age. This is the age at which a girl begins to be targeted for sexualizing products, often but not always based on her appearance. This age has become depressingly young. Girls are saturated with marketing messages about body enhancing products and “fun” ideas about how to look, dress, stand, speak, run, sit, eat, walk, work, sleep, starve, fix their hair, shave, bleach, cut bits off, add bits on and pose so that they are sexy. In other words, so that they are pleasing to boys and men.

Fifth, there's media age. This is the age at which girls begin to be represented as sexual products themselves, as legitimate sexual targets and as prizes for male heroes. We regularly see 12-year-old girls in media who “look older,” and “looking older” is desirable and lauded. Movies and television portray younger and younger girls as hypersexualized, sexually predatory or somehow complicit in sexual crimes committed against them in gross disproportion to boys, who remain central to narrative, nonsexualized and productive. Girls get a great deal of social sanction for turning themselves into eye candy.

Lastly, there's the age at which a girl is portrayed as “fair game” for older men. Mainstream movies regularly feature older male actors with much younger female ones. Older women in media virtually disappear after the age of 40, certainly in relation to younger men, but moviegoers don’t think twice about pairing aging male stars like Tom Cruise, Denzel Washington, Harrison Ford, George Clooney with ever younger female costars. This double standard glamorizes double-digit age gaps in romantic and sexual entanglements (not to mention perpetuates sex-based, lifetime wage discrimination in the industry).

Consider the movie "Two Mothers," a story about two “older” women who fall in love with each other's sons, in a "taboo sex drama.” It was the “most divisive film to screen at the 2013 Sundance Film Festival.” The movie is based on a Doris Lessing story actually called, “Two Grandmothers.” Compare this to "American Beauty," which was based on the Amy Fisher story, in which a man falls for his teenage daughter’s friend. American Beauty wasn’t “taboo” and caused no audience outrage. It was described as “poetic and humane.” The "unreliable narrator" of Nabokov's "Lolita" infuses our media and apparently permeates parts of our judicial landscape.

When you consider the many ages of adolescent girls, it is clear that our cultural imagination encourages boys and men to think of young girls as fair game. By the time a girl is 12, she isn't even seen as a whole human being, but regarded for her parts. She's “forbidden fruit,” “a temptress,” “a man trap” and “asking for it.” All she has to do to be targeted sexually is go for a walk. If she wears skimpy clothes, is overly friendly with a teacher, dances with abandon, especially if she's a girl or young woman of color, she might be blamed for her own assault. This is a male fantasy. And I haven't even mentioned schoolgirl pornography or designer vaginas.

Not one of these many ways of measuring an adolescent girl's age excuses predatory rapists -- and yet time and time again, they're used to do just that.